This is the small counterpart of the 91mm Mountaineer.  This is one of the few 84mm models with metal saw/file tool.  The only other 84mm model (that I know of) with this tool is the Small Craftsman.

This particular model is from the 1960s, as evident on the bail that was in use until 1968.

This model has been in production as early as the 1950s, the photo below is from the 1950s catalog.  The model number is 235 kmaU has exactly the same tool set as the current Mountaineer.

The photo below shows the 91mm version from the 1970s Catalog.

More photos of the 84mm Small Mountaineer shows "Victoria" tang stamp at the back of the main blade, single-leaf spring scissors, clip point small blade, "PAT" can opener, five-fluted corkscrew and the solid awl.  It also has the aluminum tipped tweezers, sadly the toothpick has been lost and the back scale damaged. 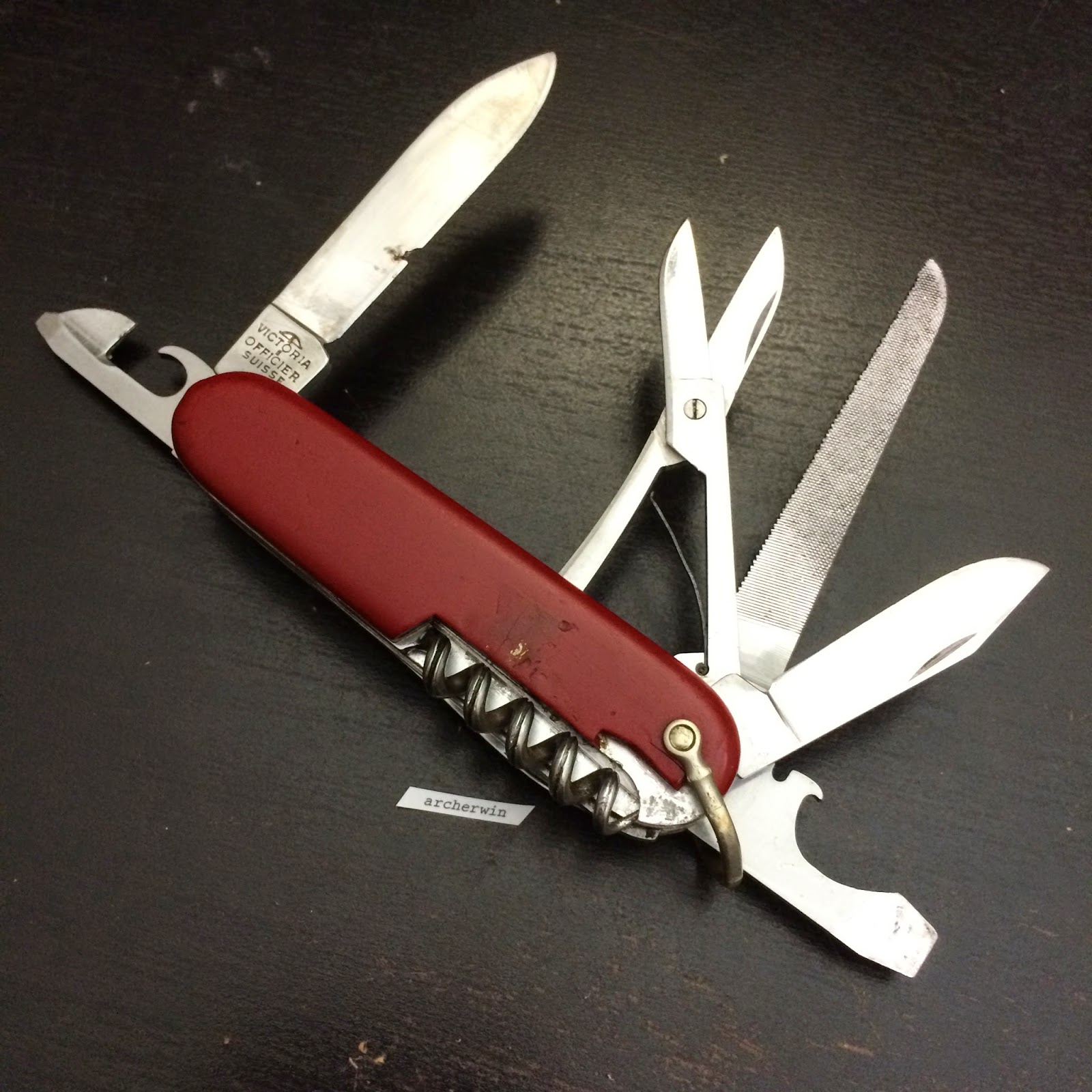 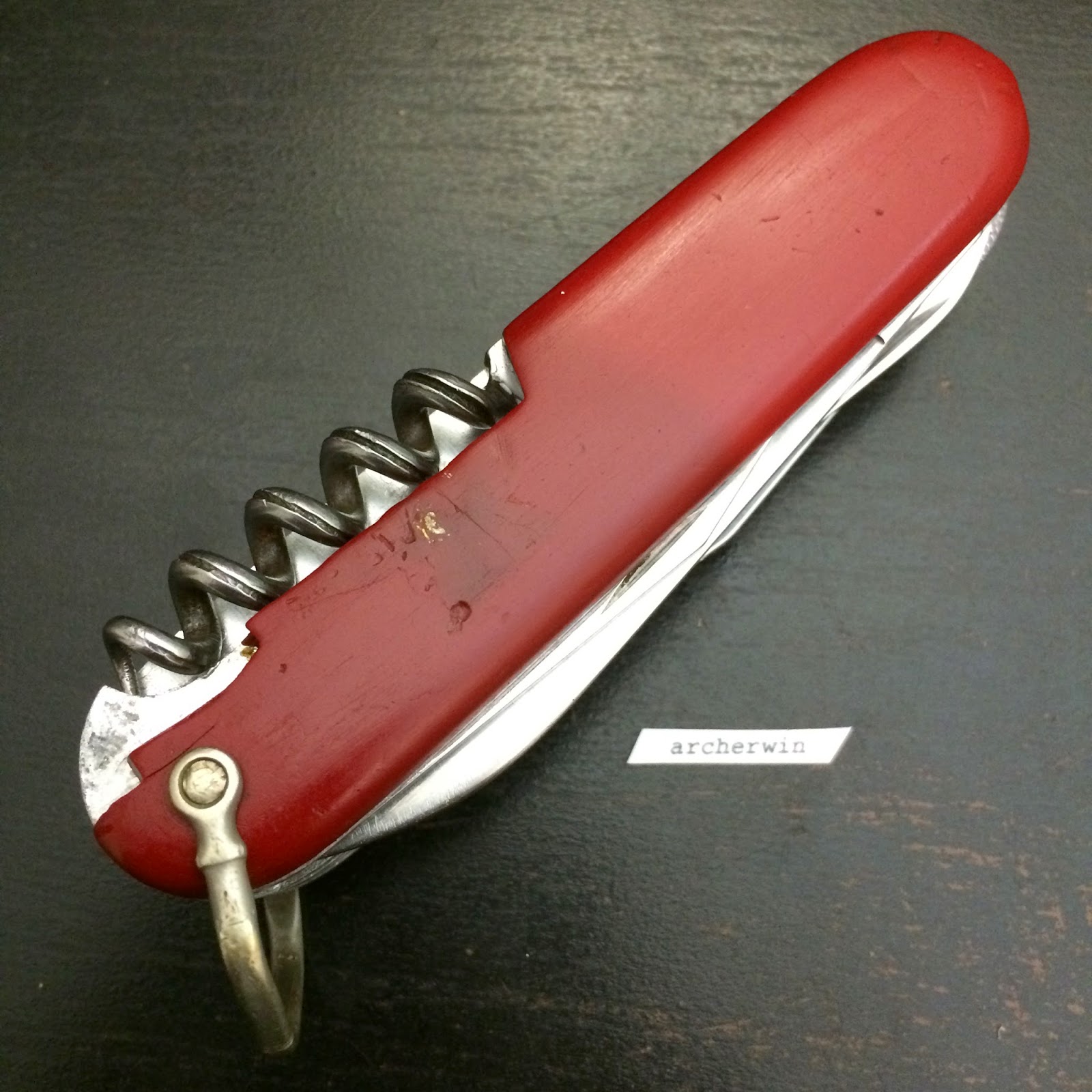 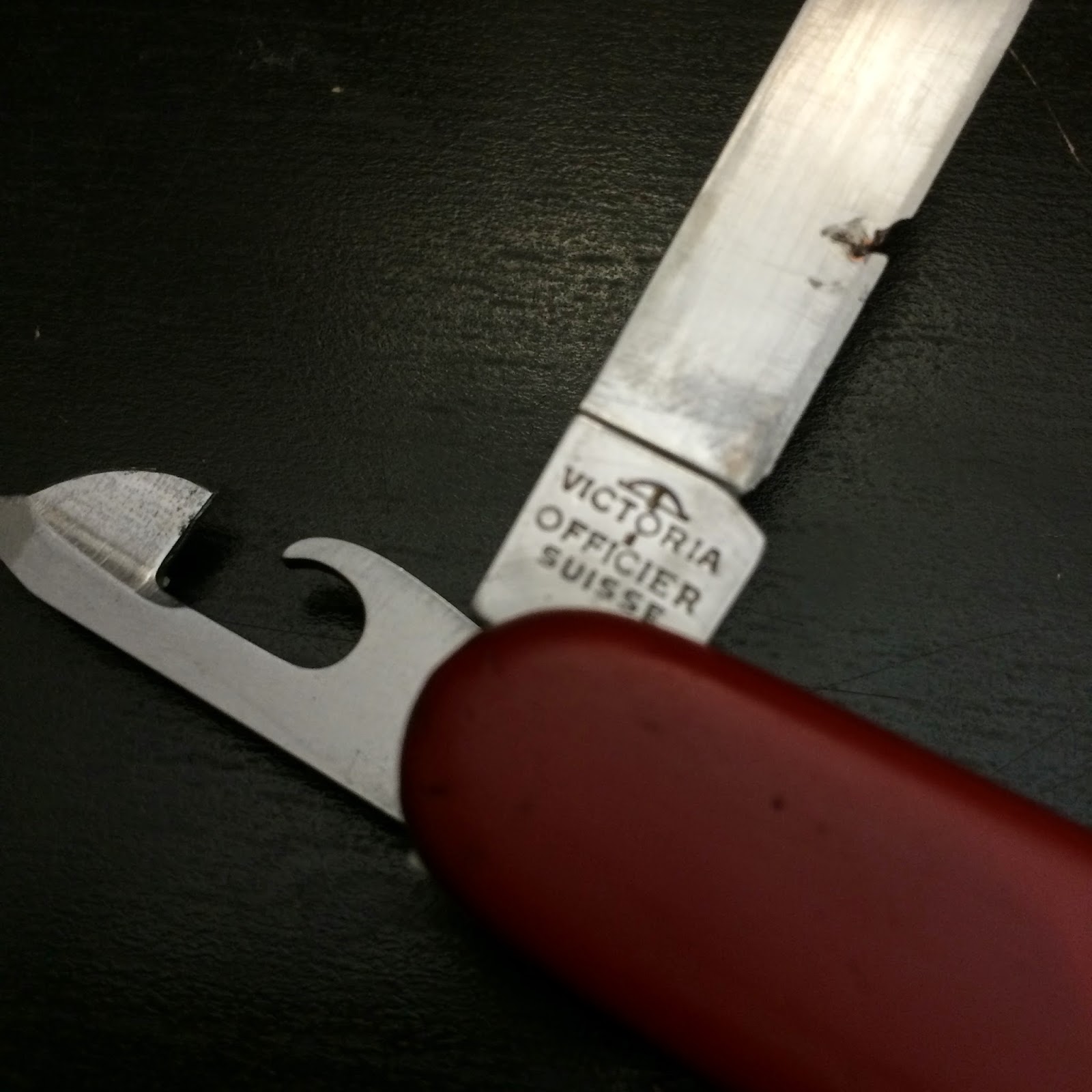 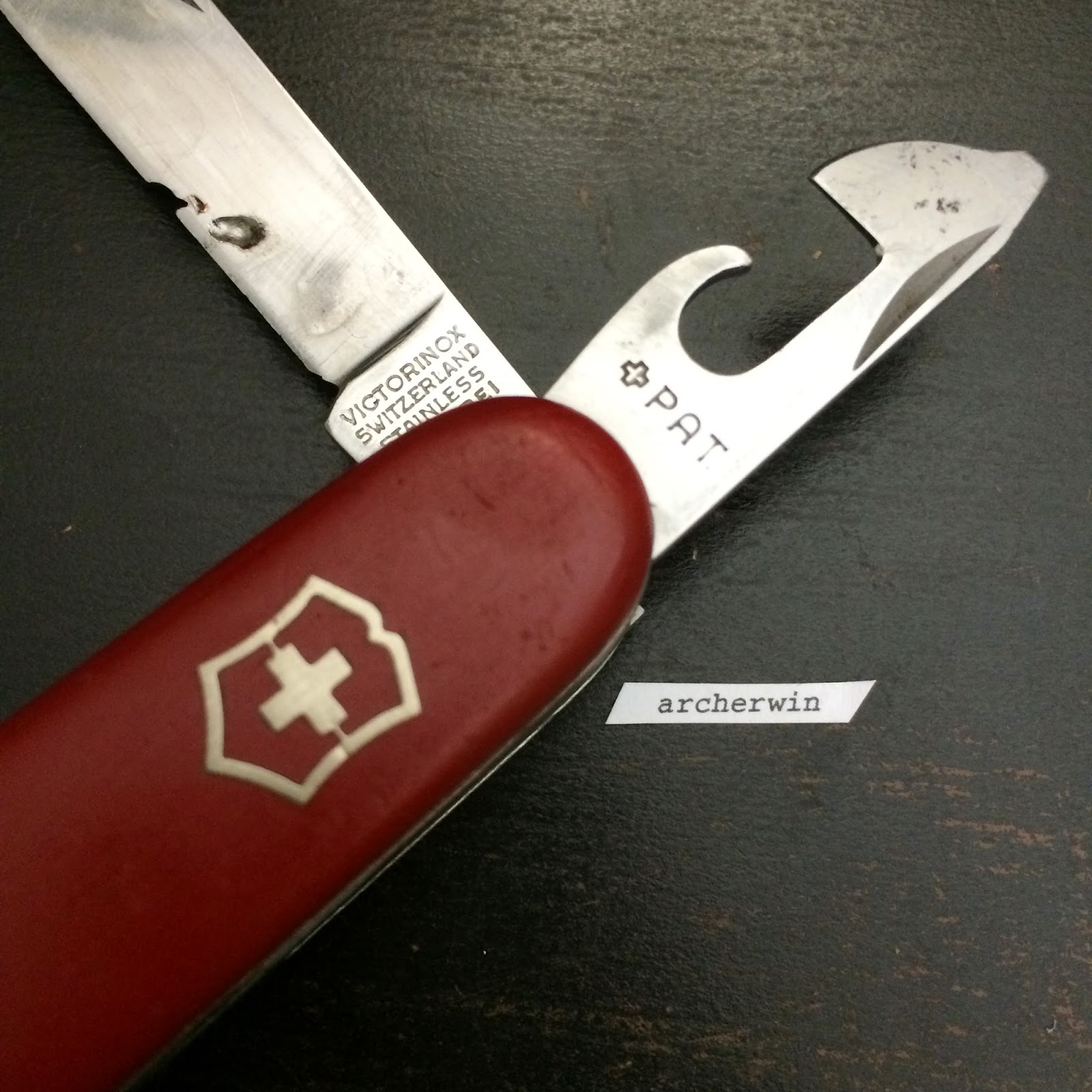 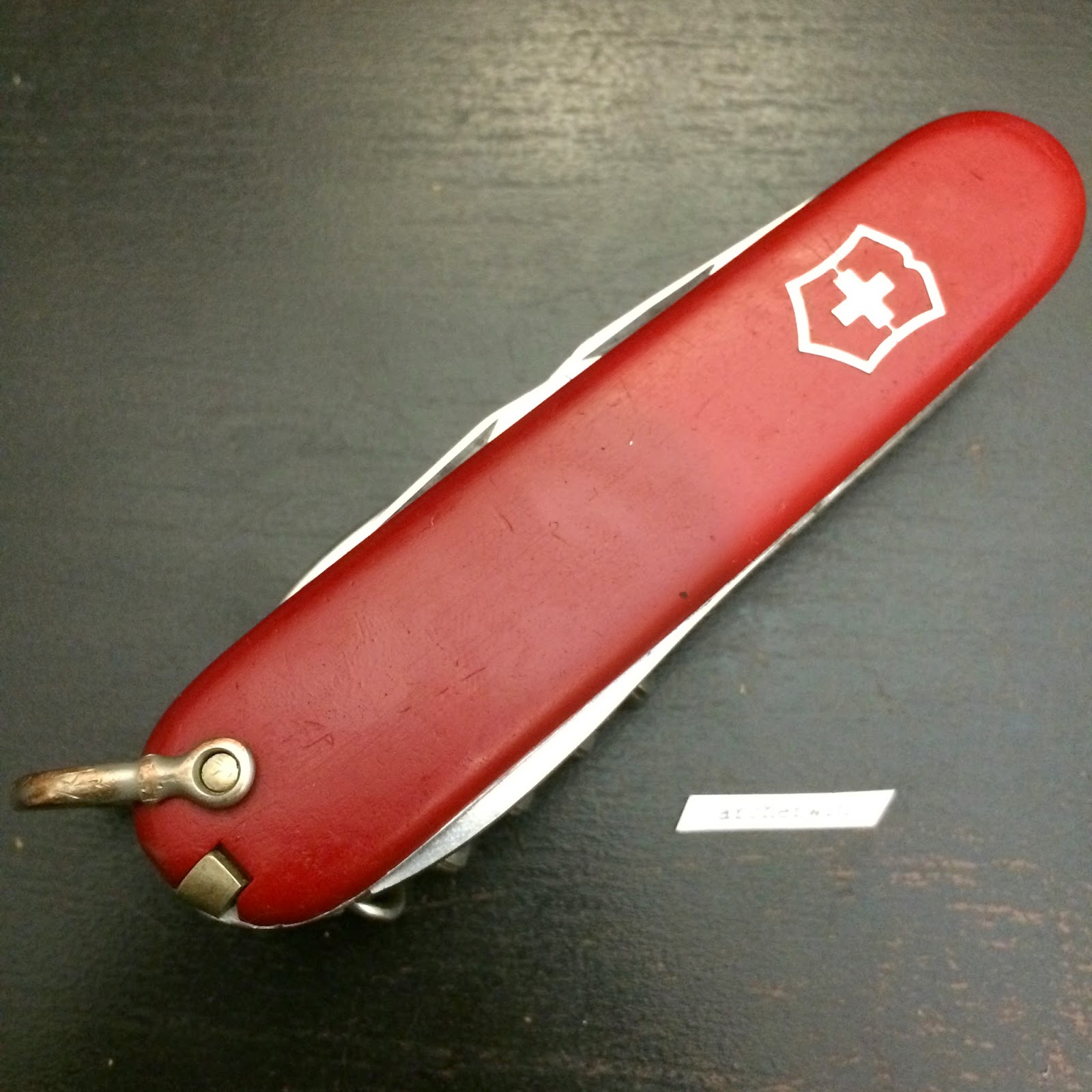 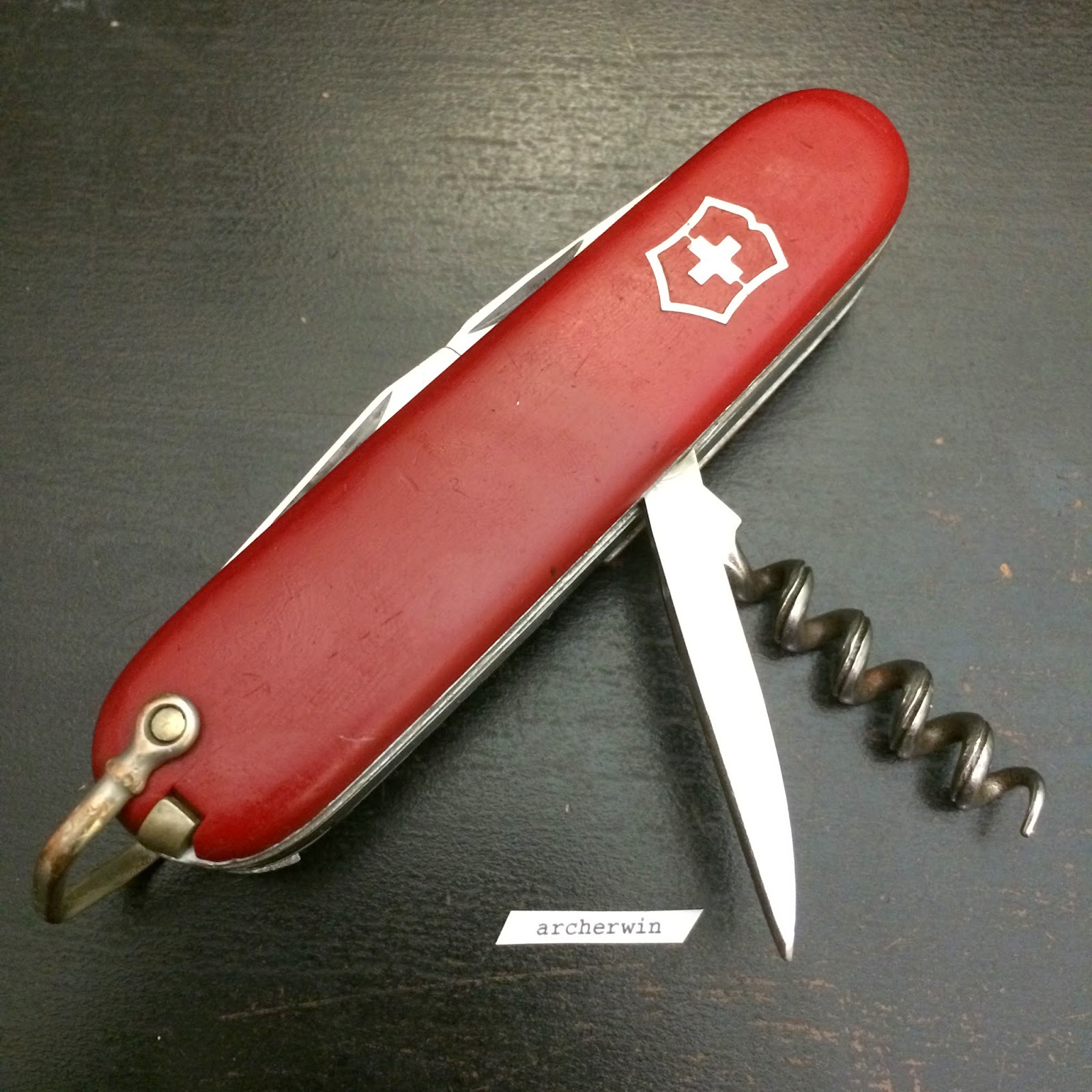