The model we now call Camper started as model 240KU. The old Camper model back in the 1960s through the 1970s did not have a wood saw. Its tool set was the same as the current Spartan. See photo below from a 1960s catalog. 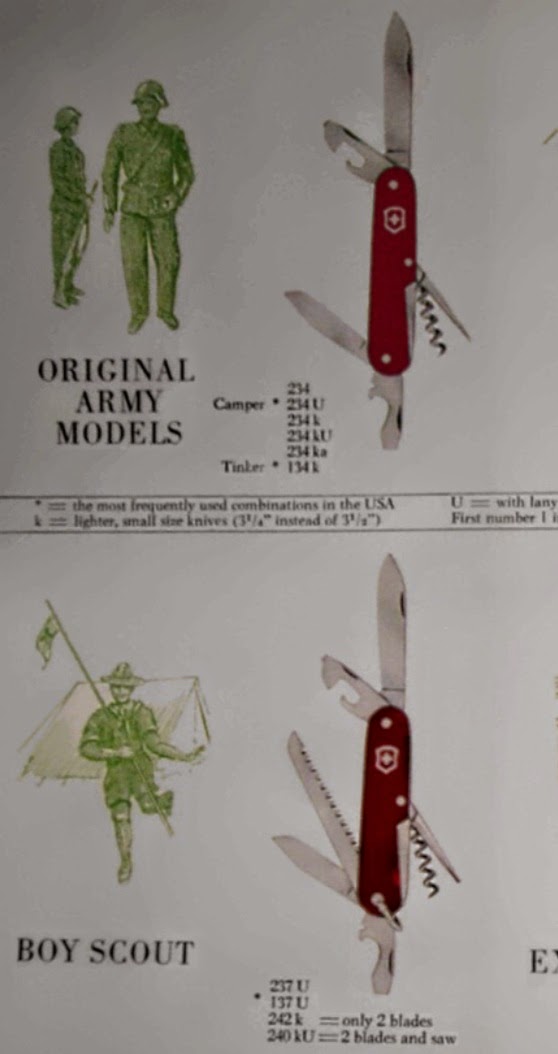 The top model in the photo above was called "Camper" but did not have the wood saw that the current Camper had.  The bottom model was called 240KU which identified it with two blades and a saw. 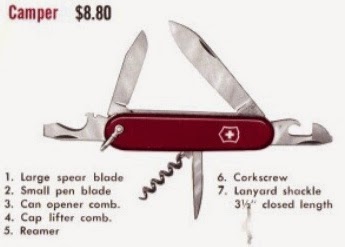 Another 1970s catalog photo of the old Camper.

At the start of the 1980s, in the SMICO dealer catalog the 240KU model was renamed to the Camper and the old Camper was called the Standard.

From the SMICO dealer catalog showing the "switch" in the model names to what we now have (Note: the Standard model was later renamed again to Spartan).

My SAK is an early 1970s 240 model that still had the "+PAT" marking on the can opener and the "Victoria Officier Suisse" in the back tang of the main blade. 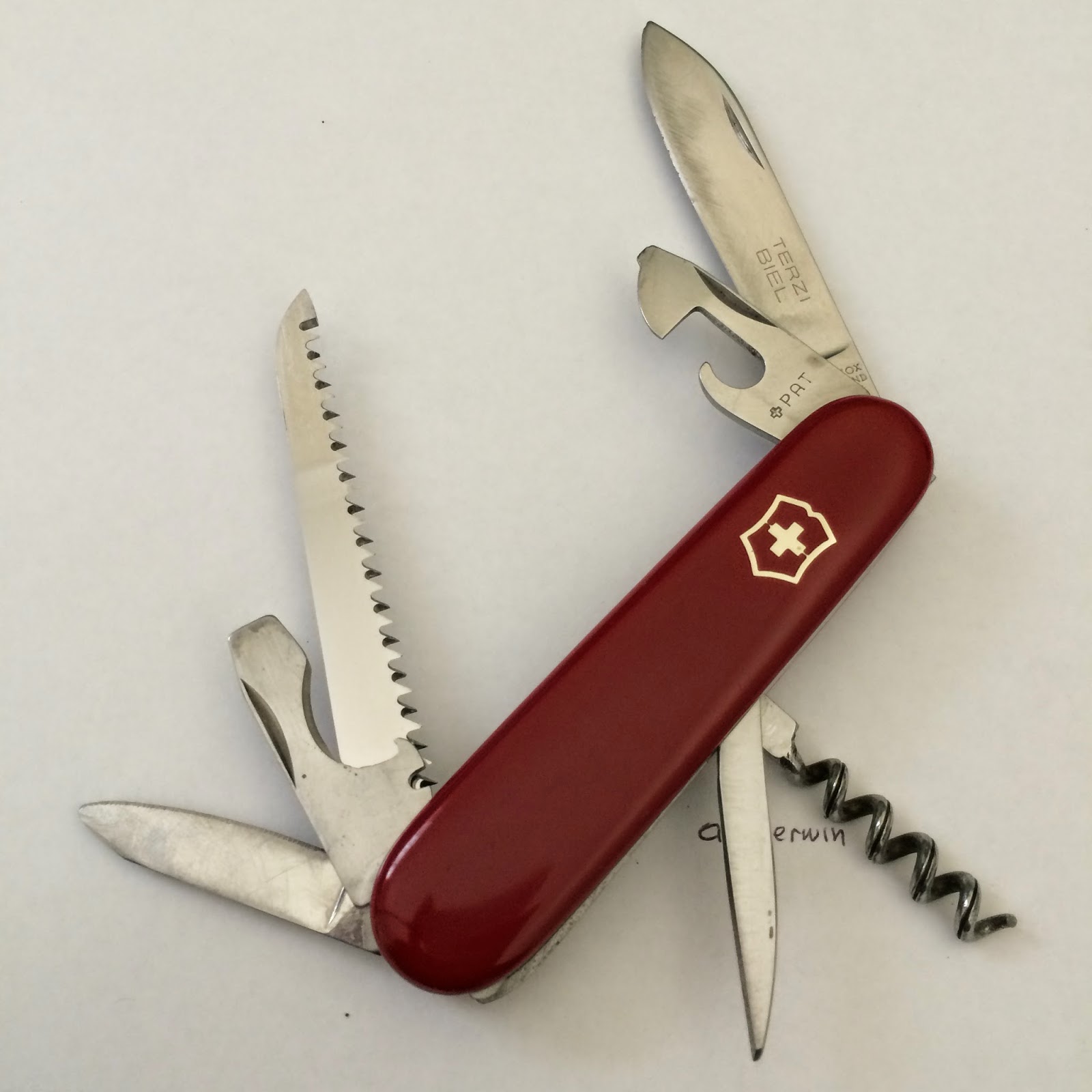 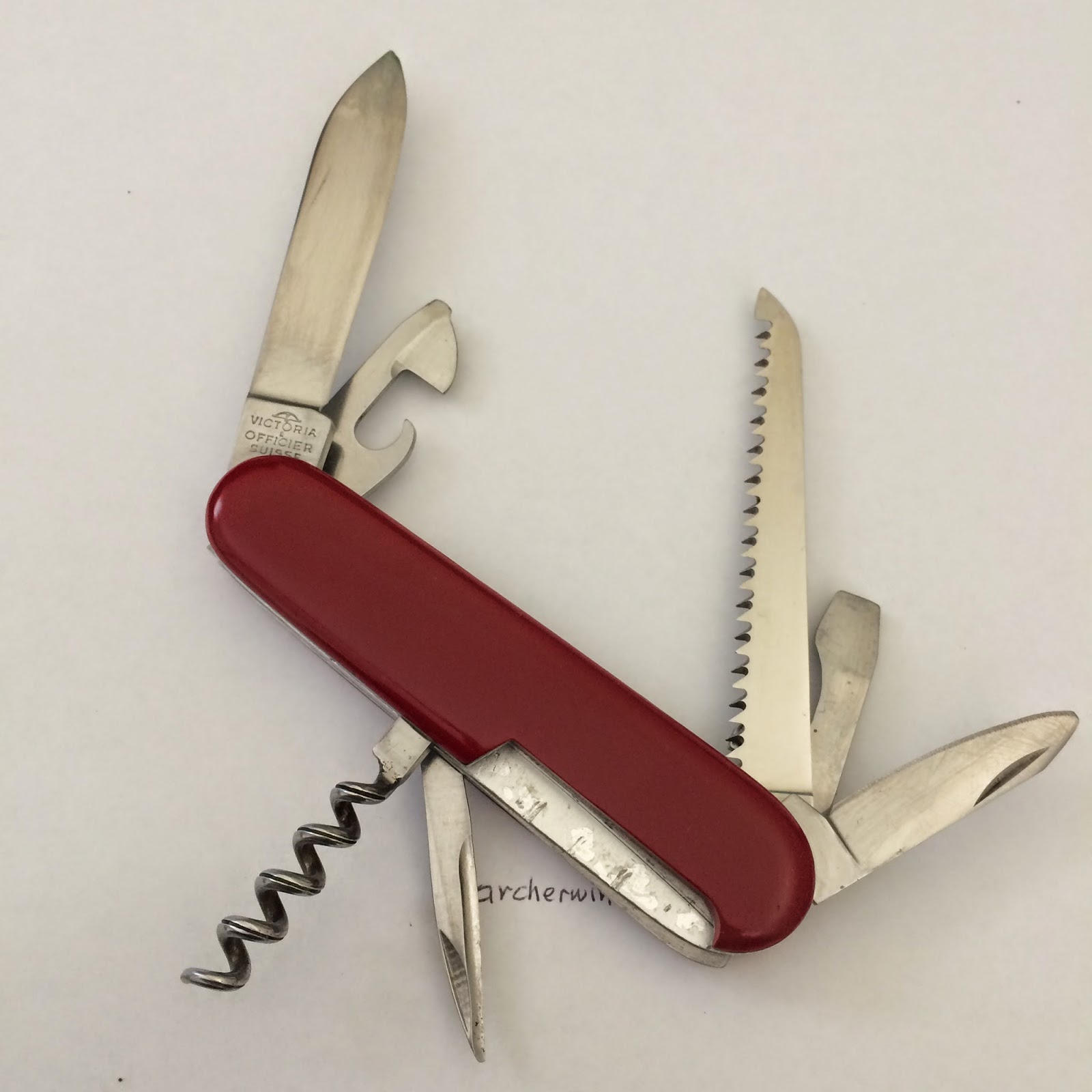 The photo was white balanced to the white background, notice a darker red color on the cellidor scale, not the kind of red we see in the current models. 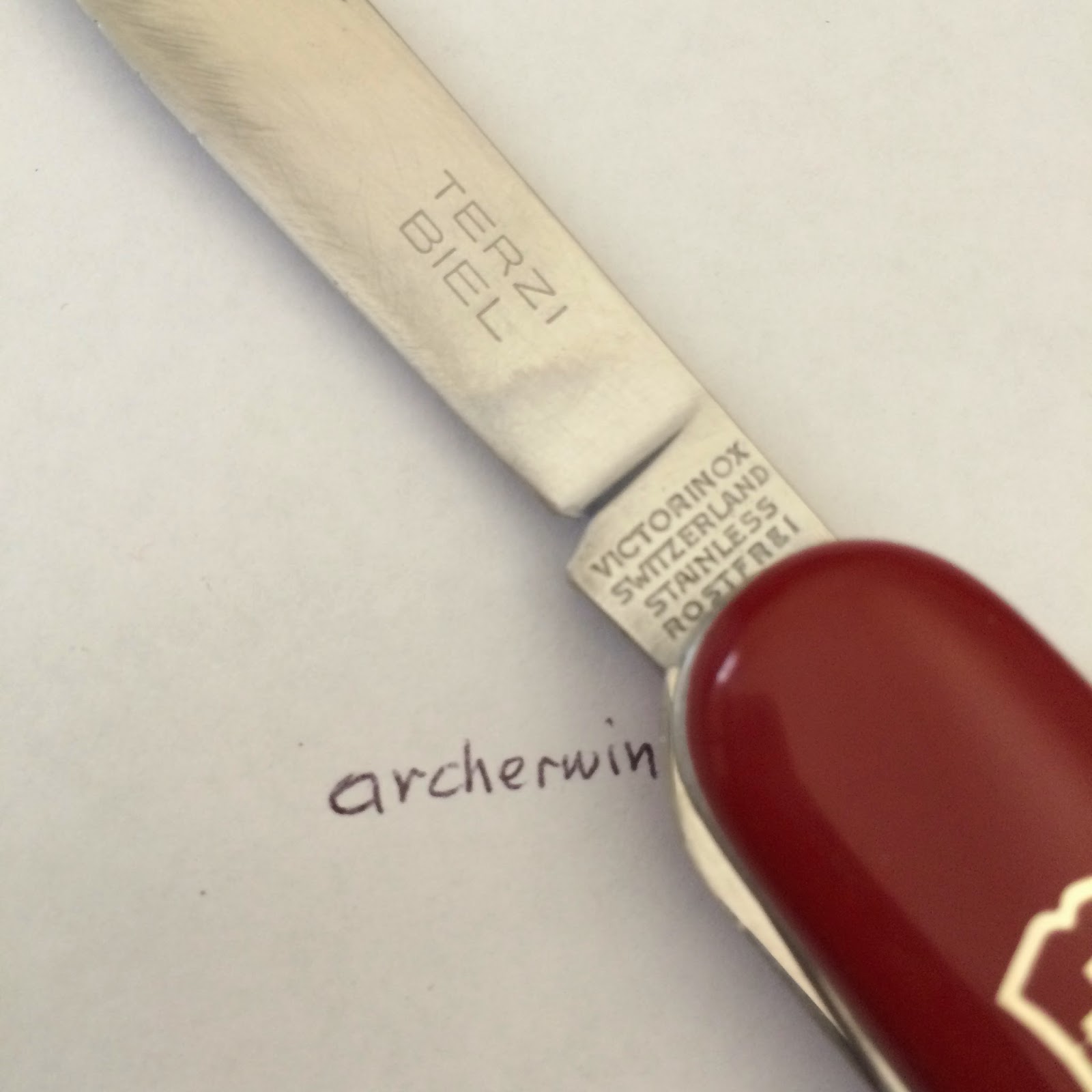 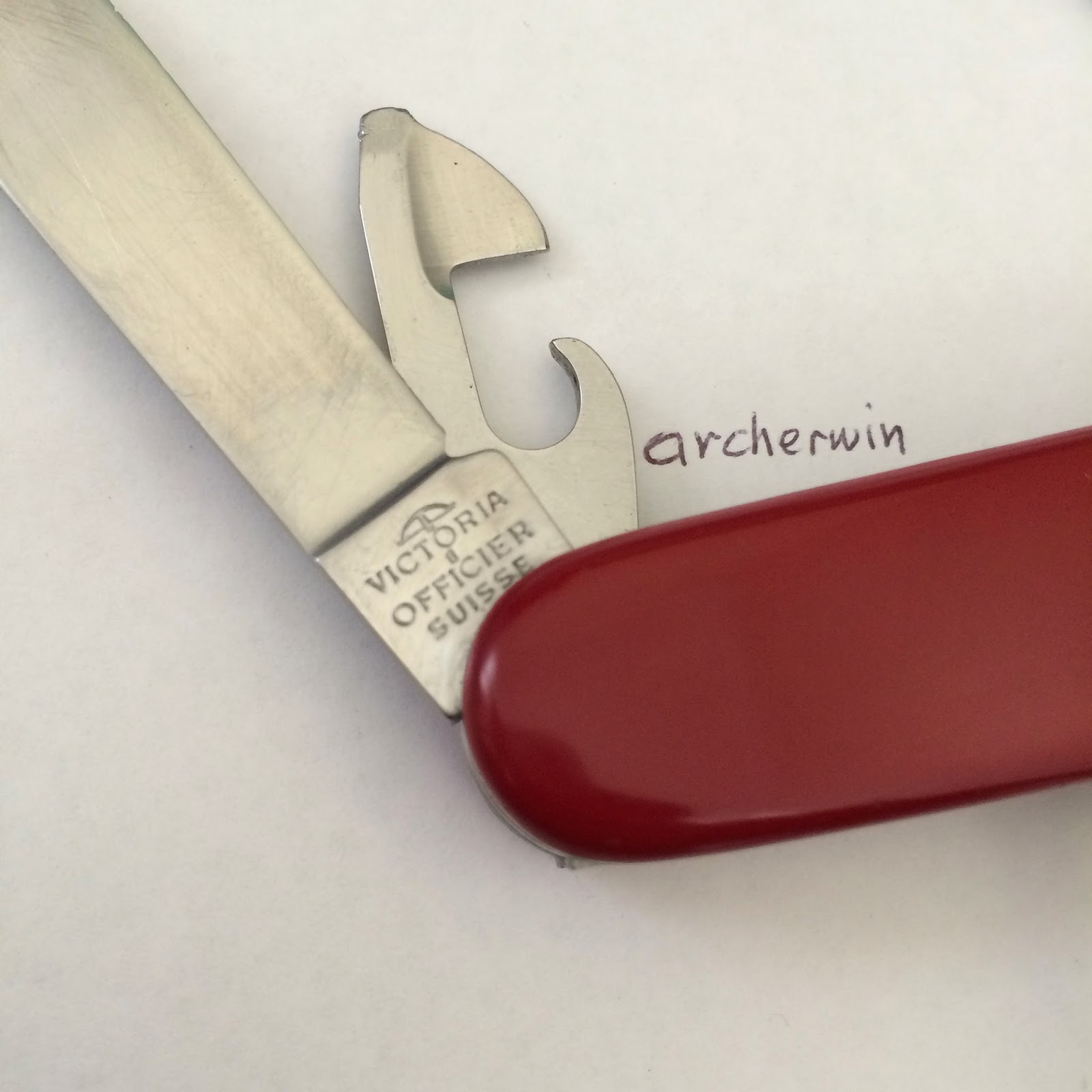 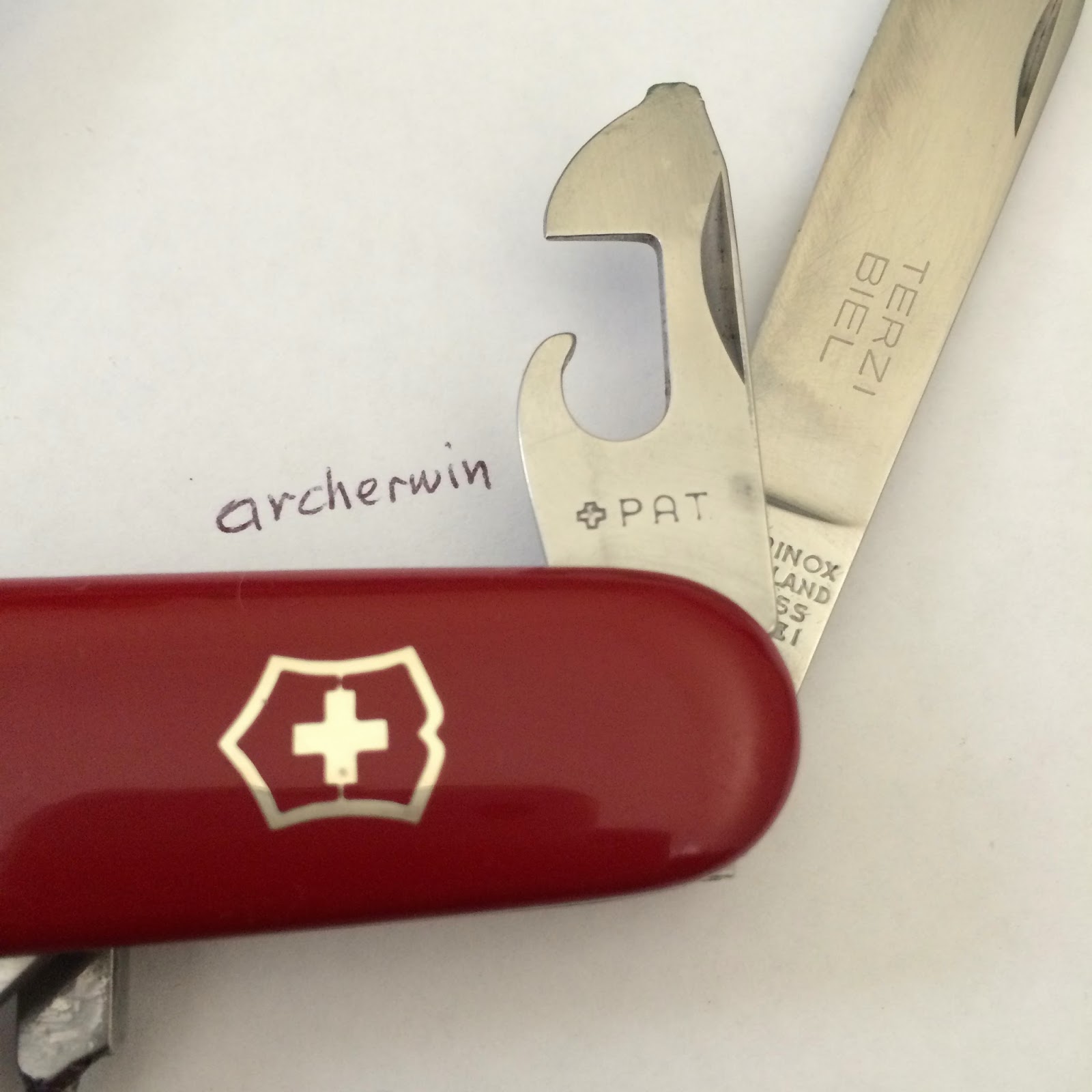 + PAT mark on the can opener. 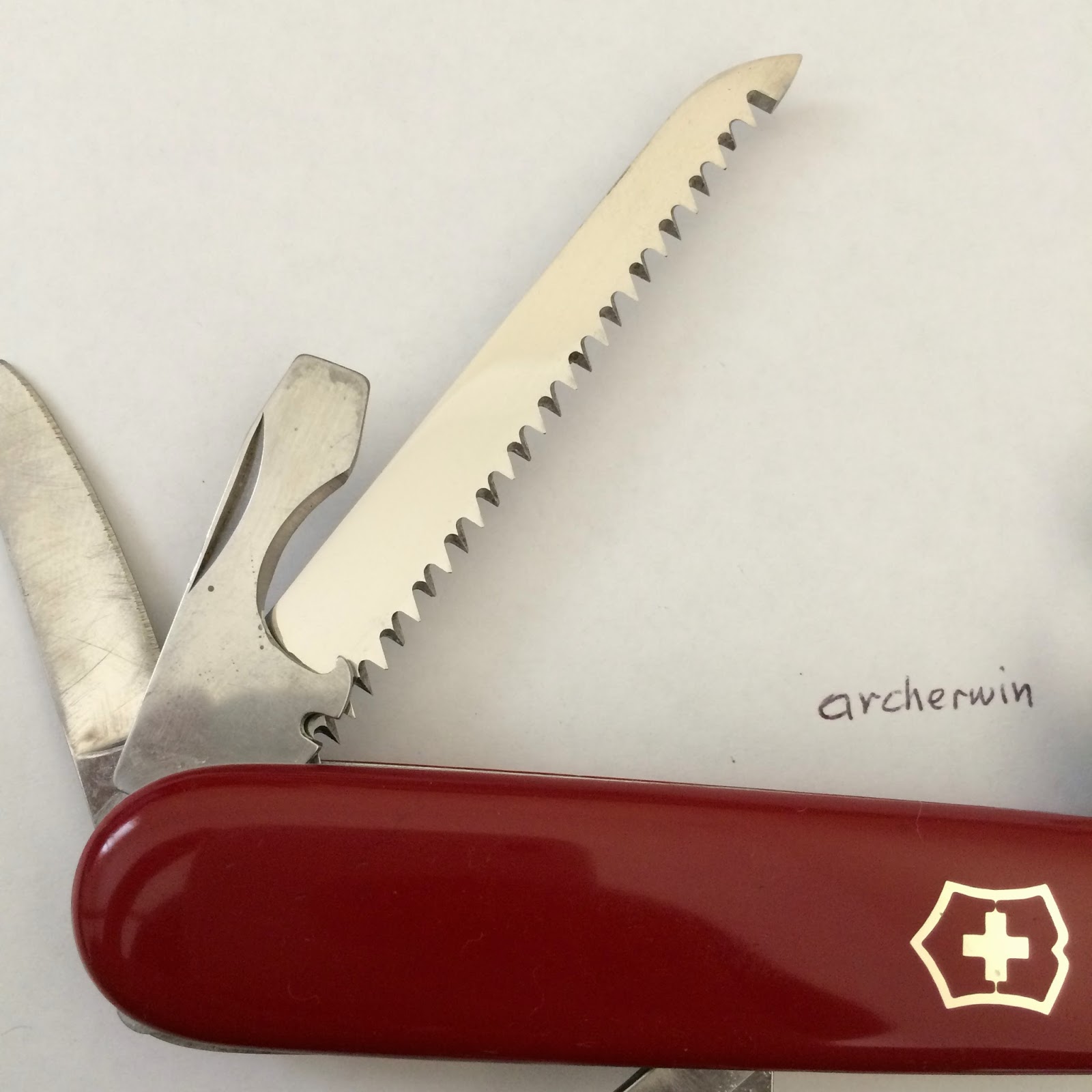 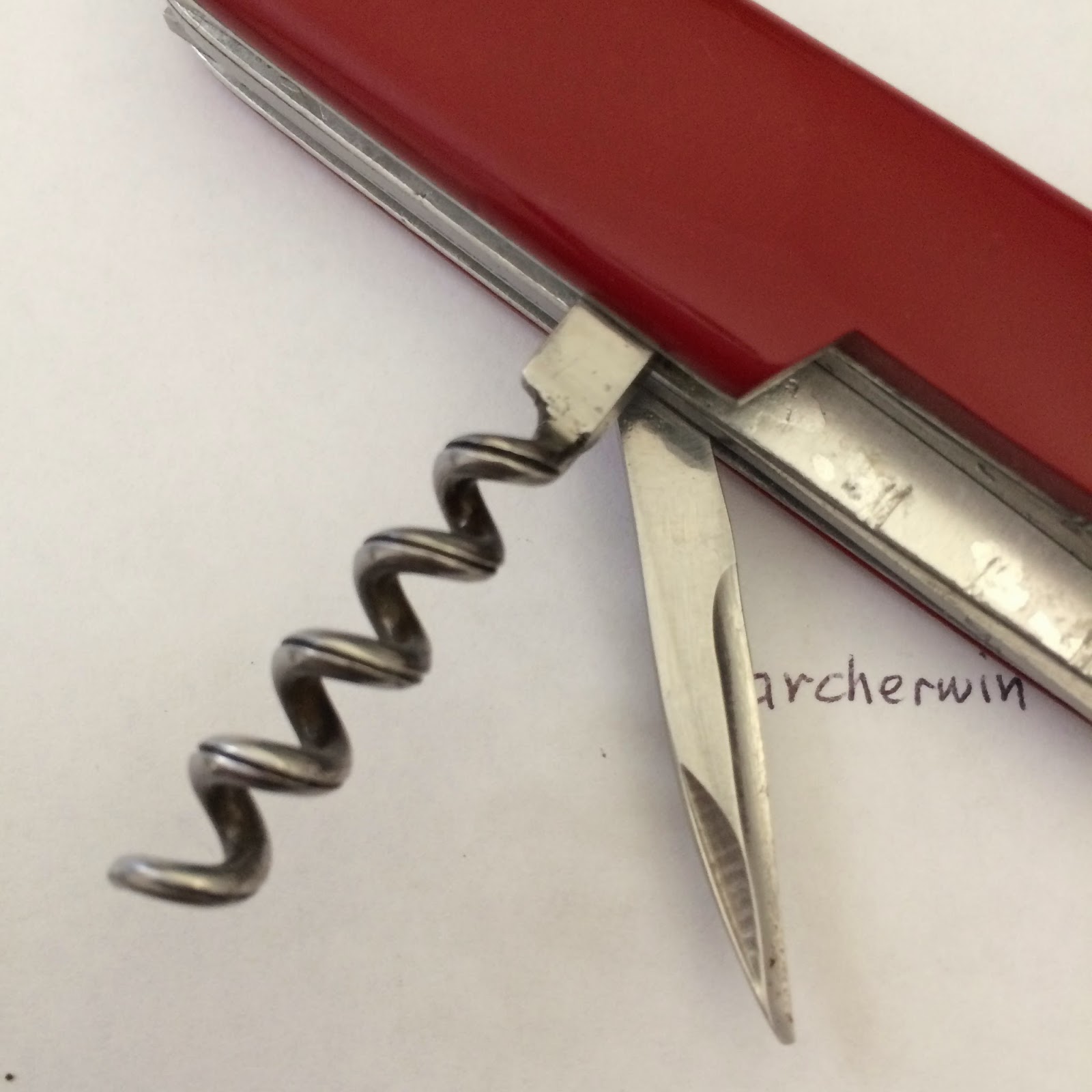 The five looped-fluted corkscrew and the reamer without the sewing eye. 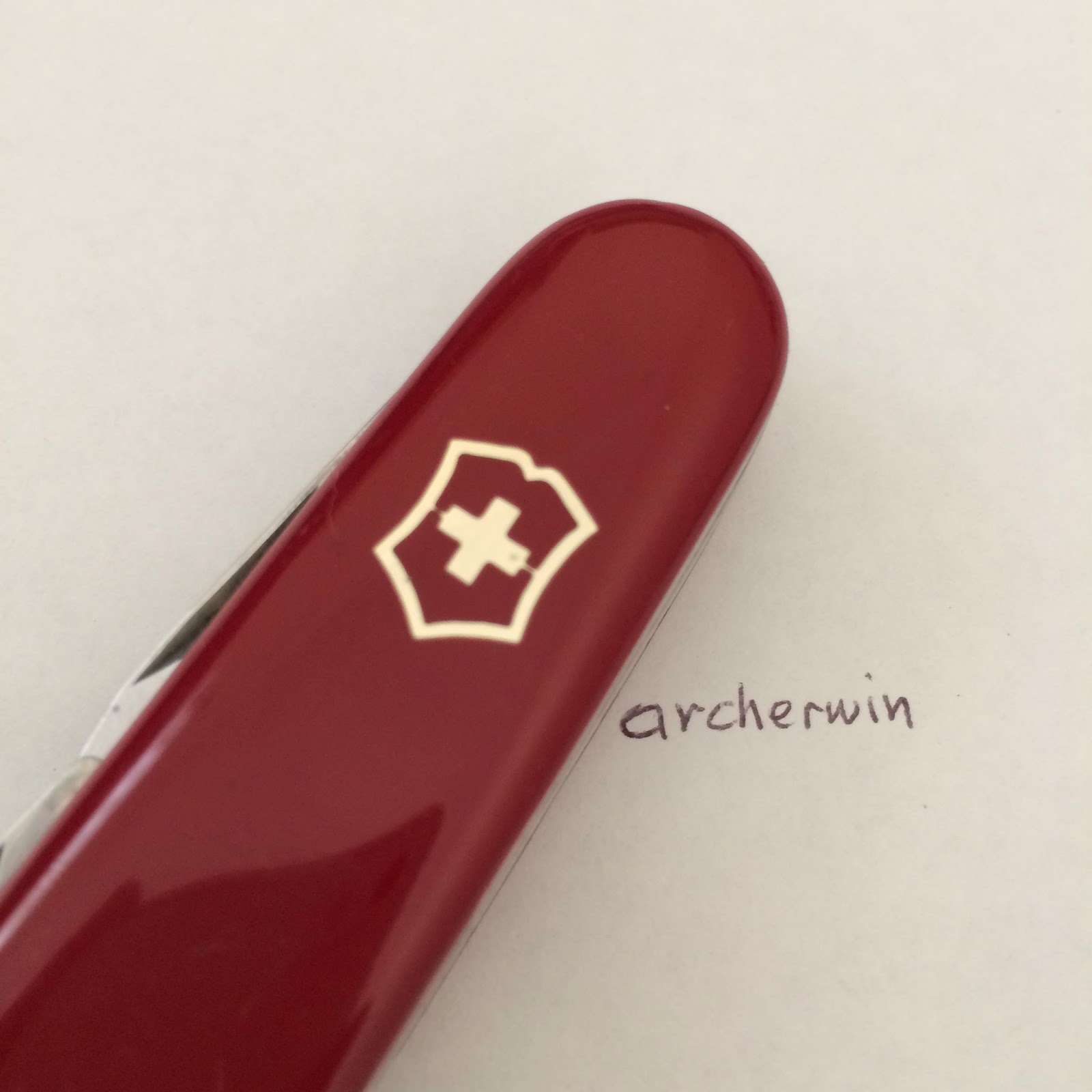 This particular knife might have been an economy model as it is without the tweezers and toothpick.