This is the Victorinox 240kU or the Camper in 84mm. The Camper is one of the most popular tool set which is still in production today albeit only in the 91mm form factor.  It has the large blade, small blade, can opener, bottle opener, wood saw, awl, corkscrew.  It is essentially a Spartan with wood saw.

The Camper model has been in production since the 1940s or earlier.  Back then, Victorinox only used numbers to identify the models.  The Camper was known as 237k Bgl. with the old style can opener.  The "k" designates that this is the smaller version which is 84mm instead of 91mm.

In the 1950s, the model number was changed to 240kU.  This is the same model as what I have in my collection :)  The "U" denotes that it has a Bail attachment point. 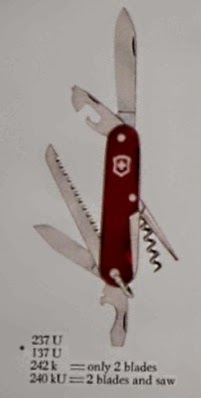 This is the knife in my collection.  The bail has been damaged and back scale has a crack.  The large and small blade tip is chipped as well.  But apart from those problems, it is still in good condition for a knife which is already about 55 years old.  It still has very good snap and after doing my usual cleaning process, the scales are like new. 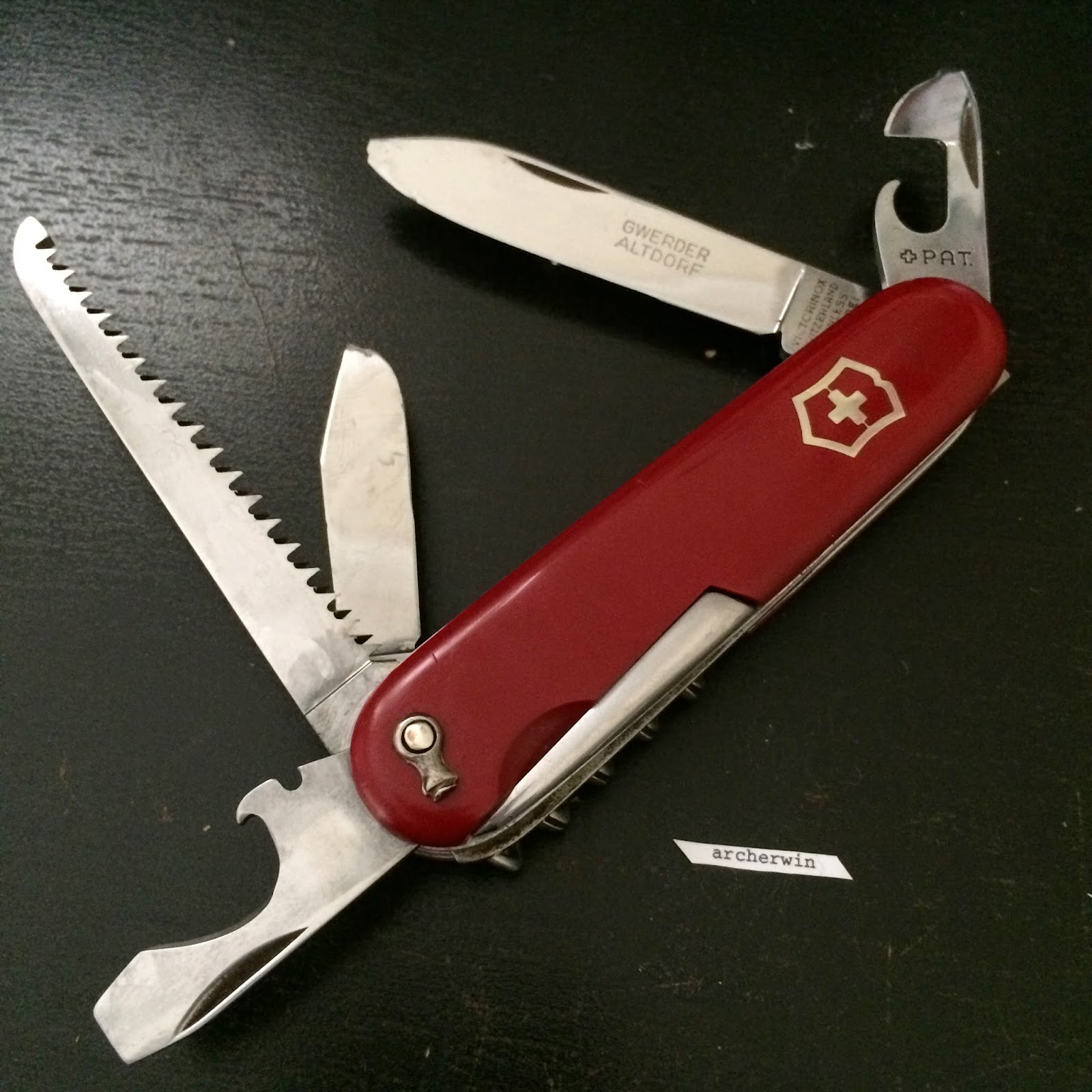 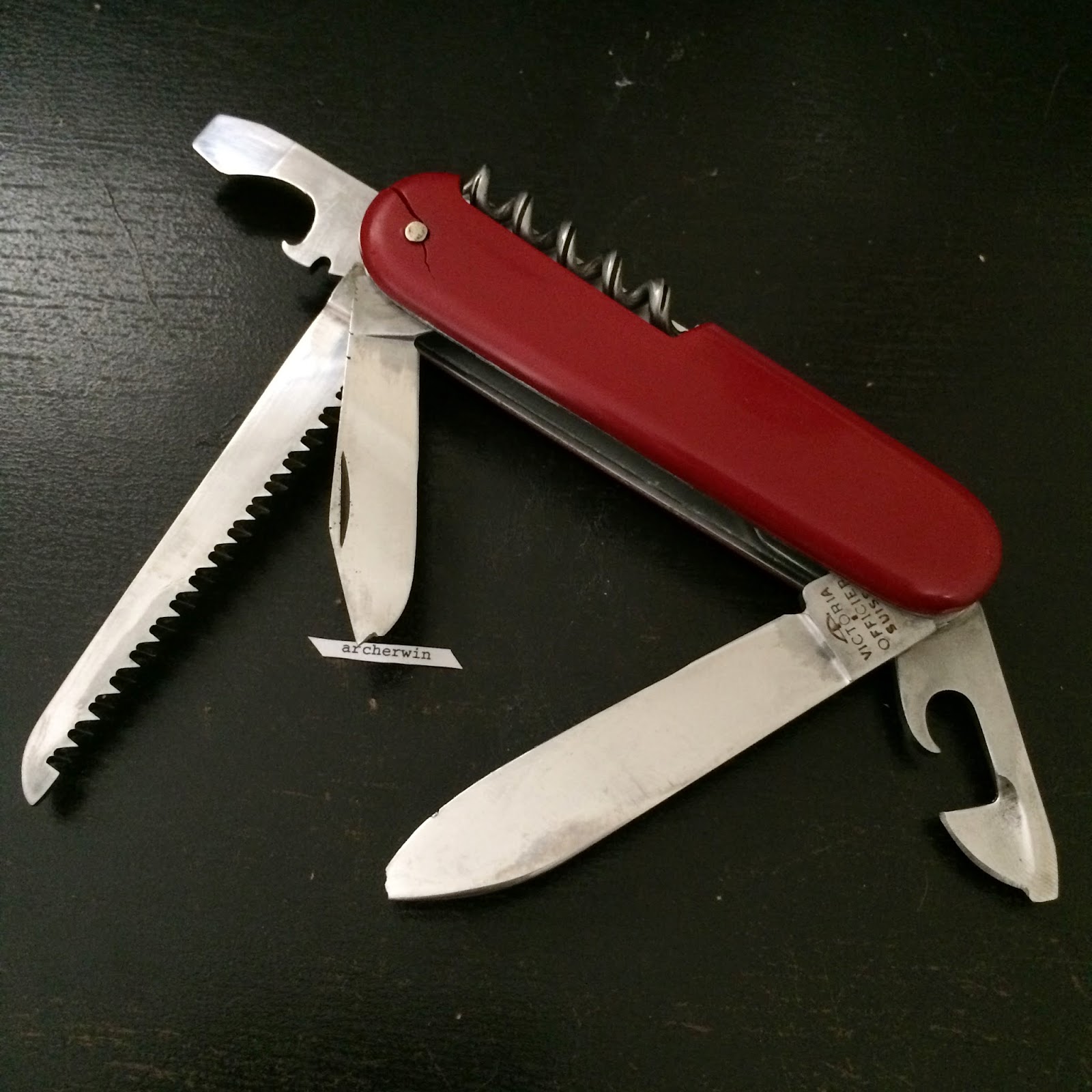 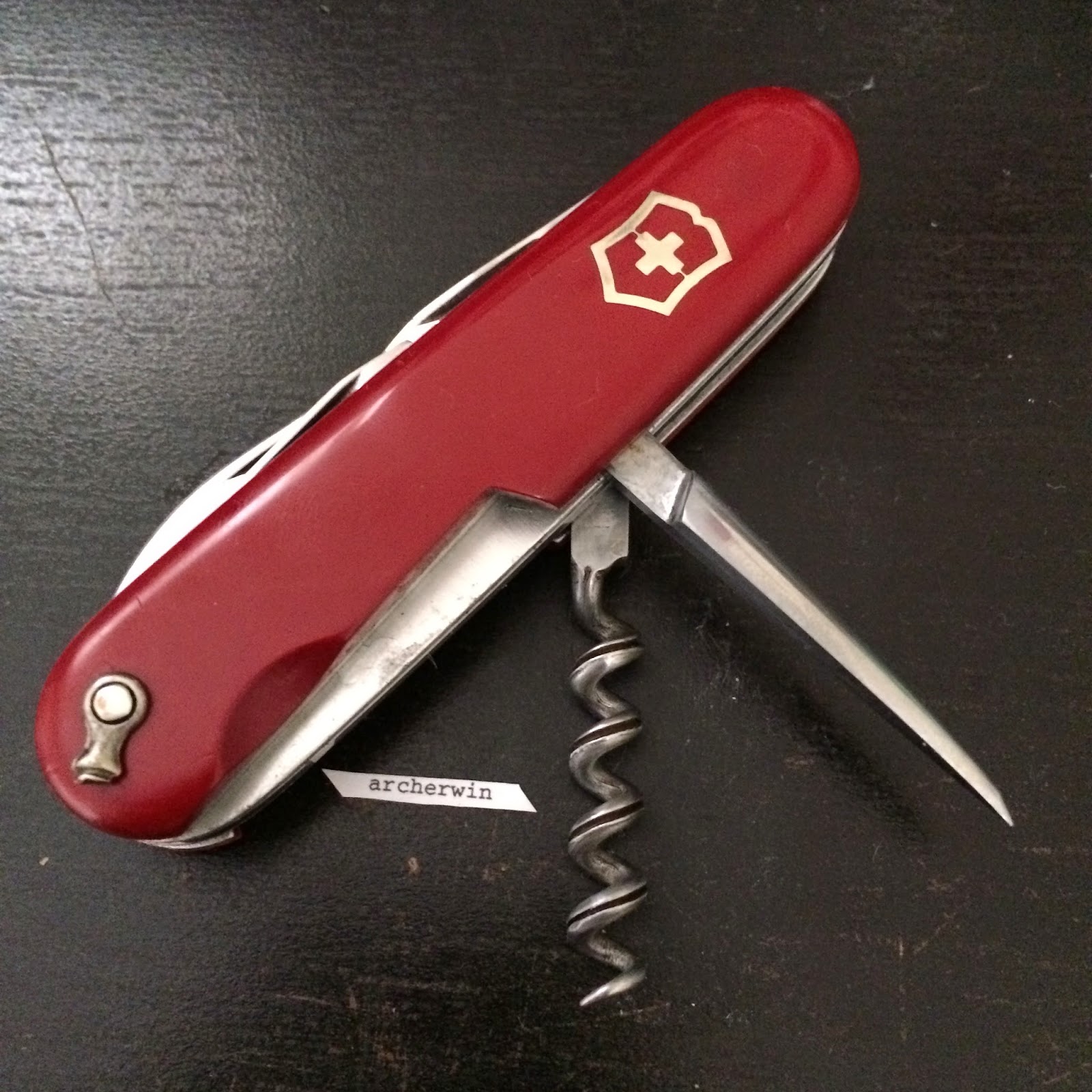 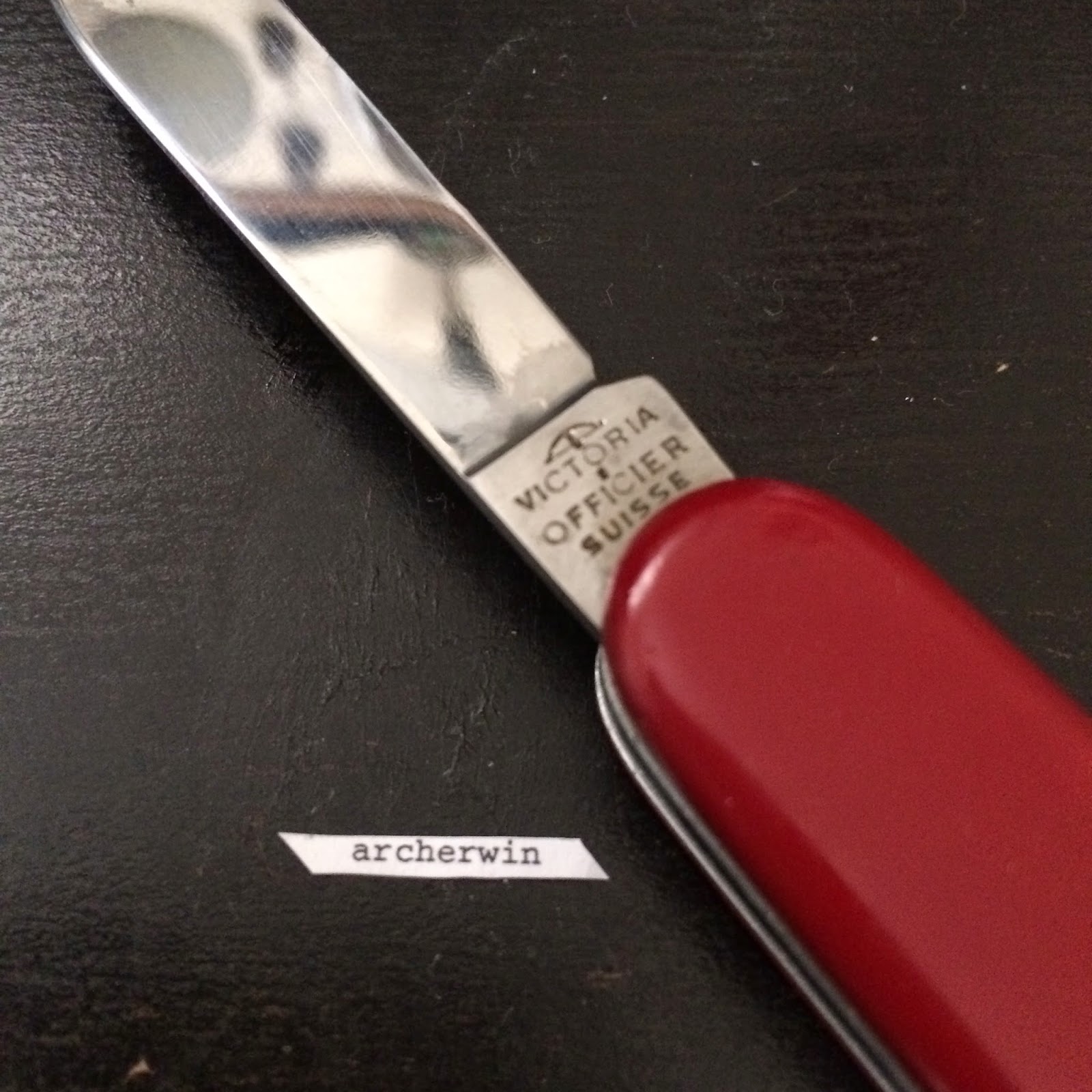 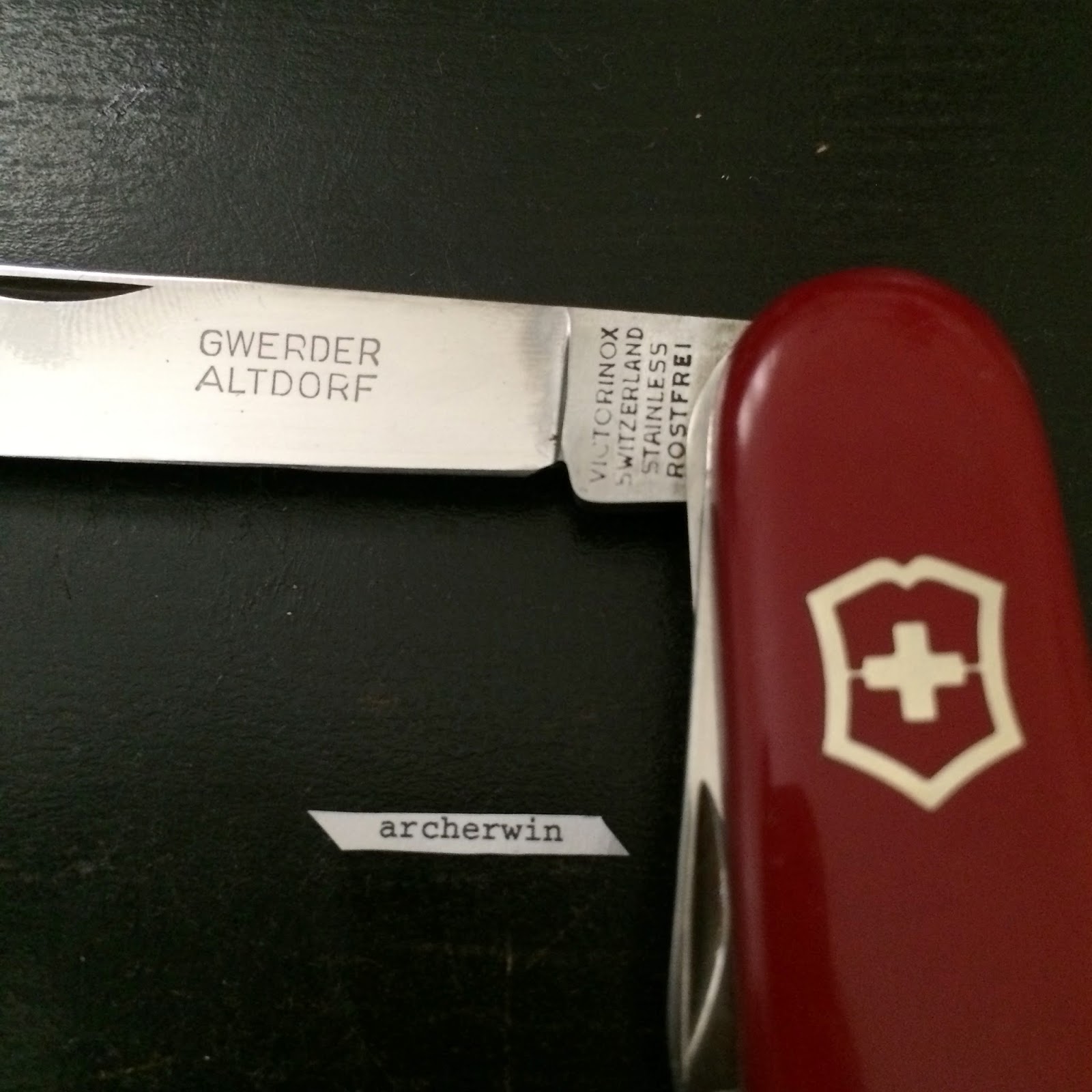 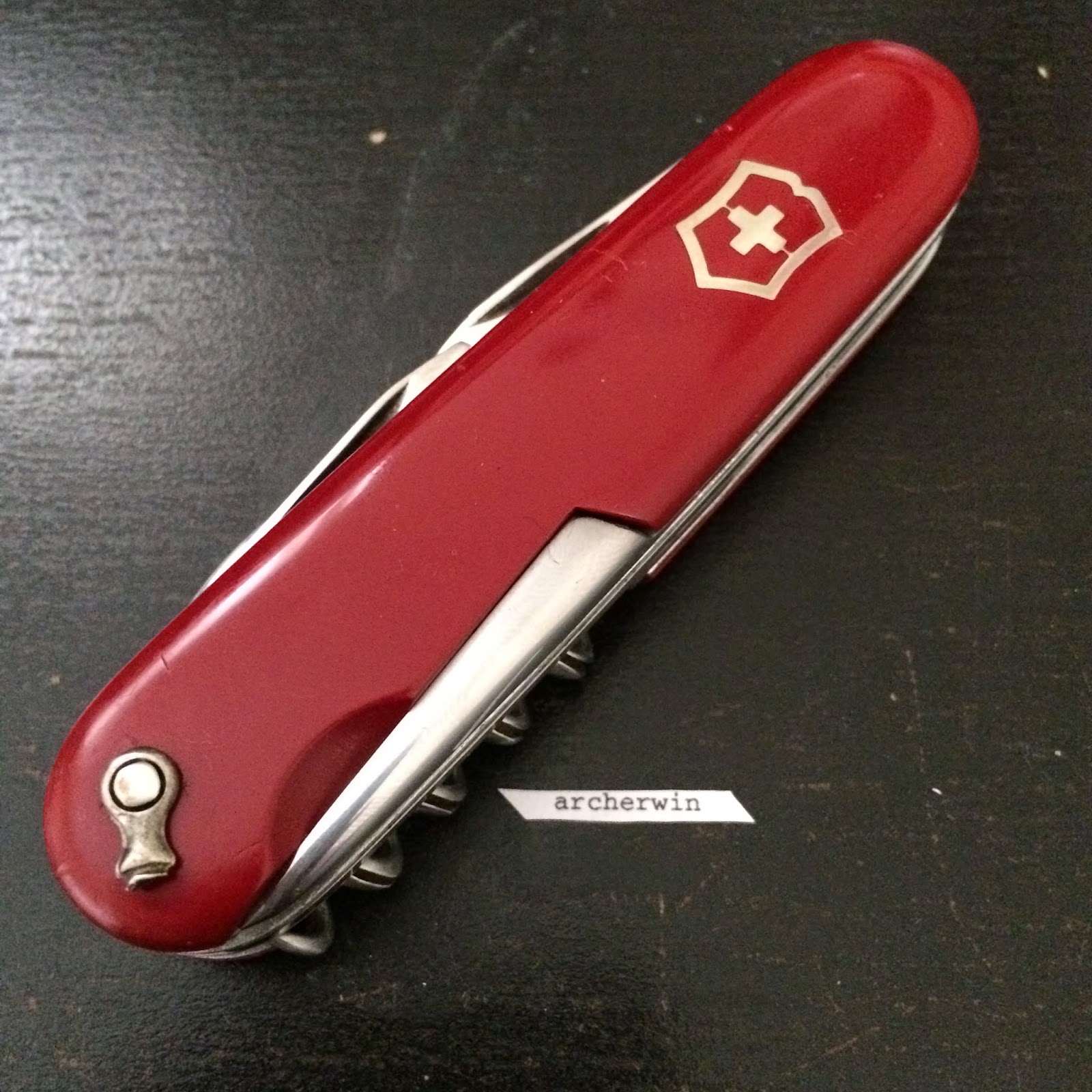 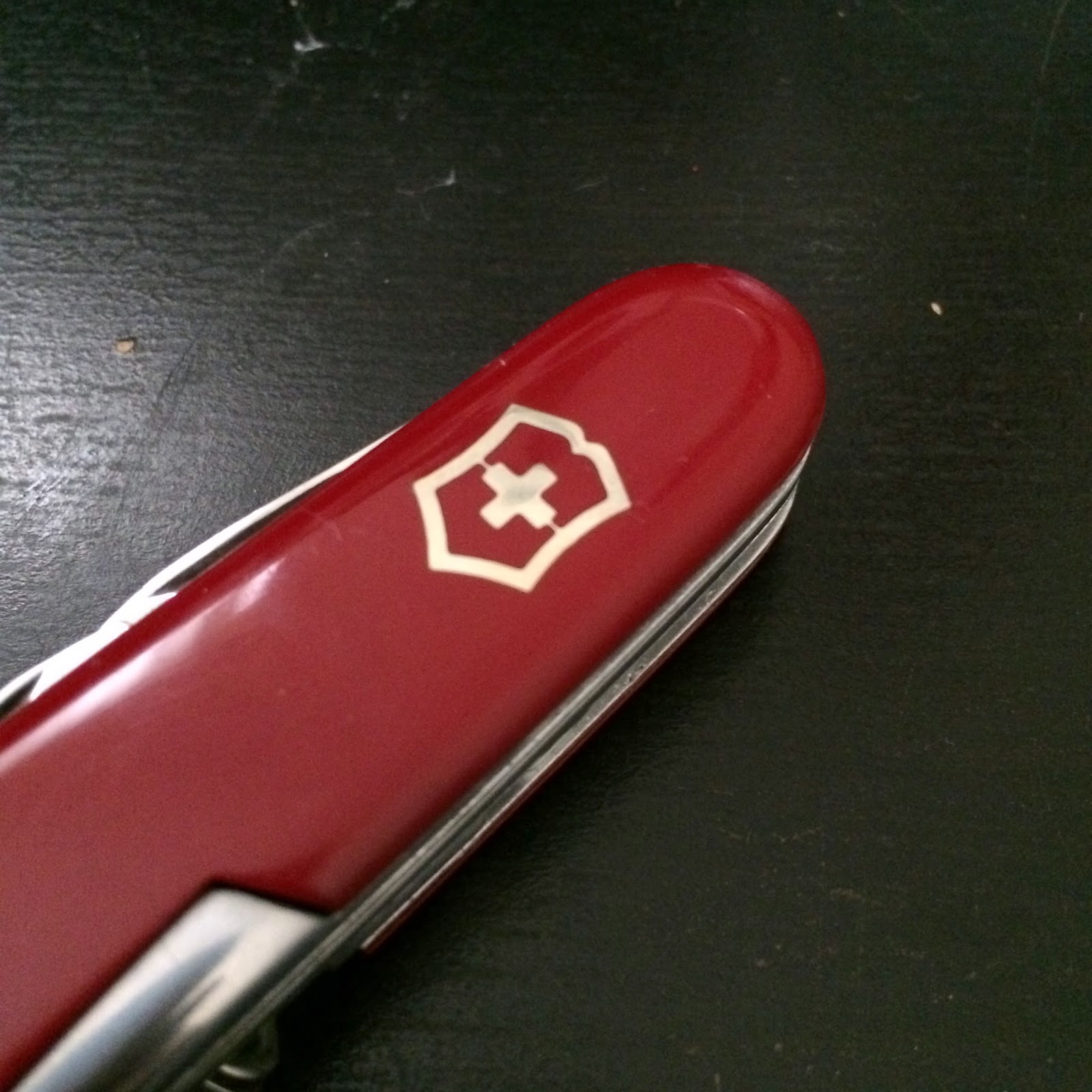 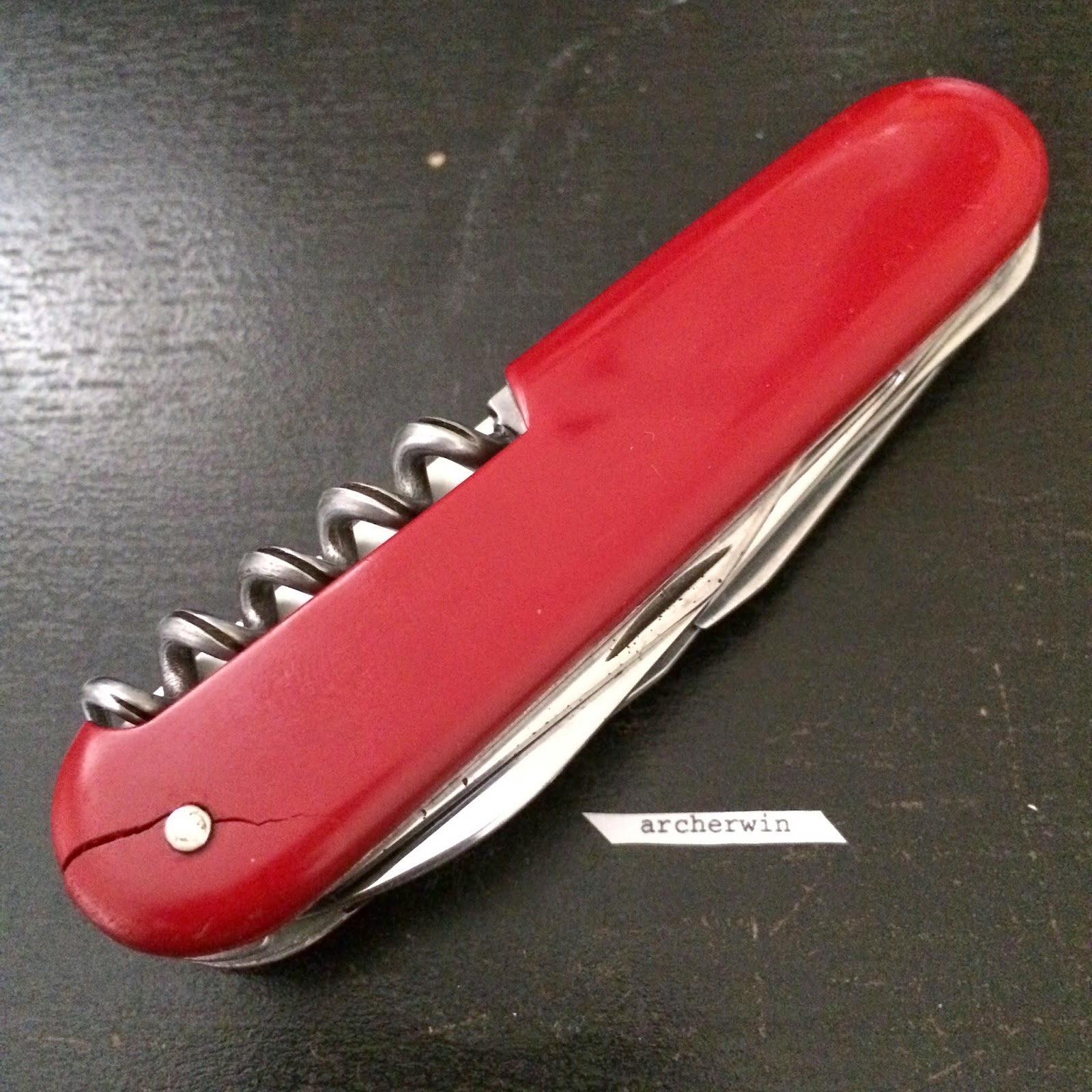 Thanks Mile for getting me this! :)