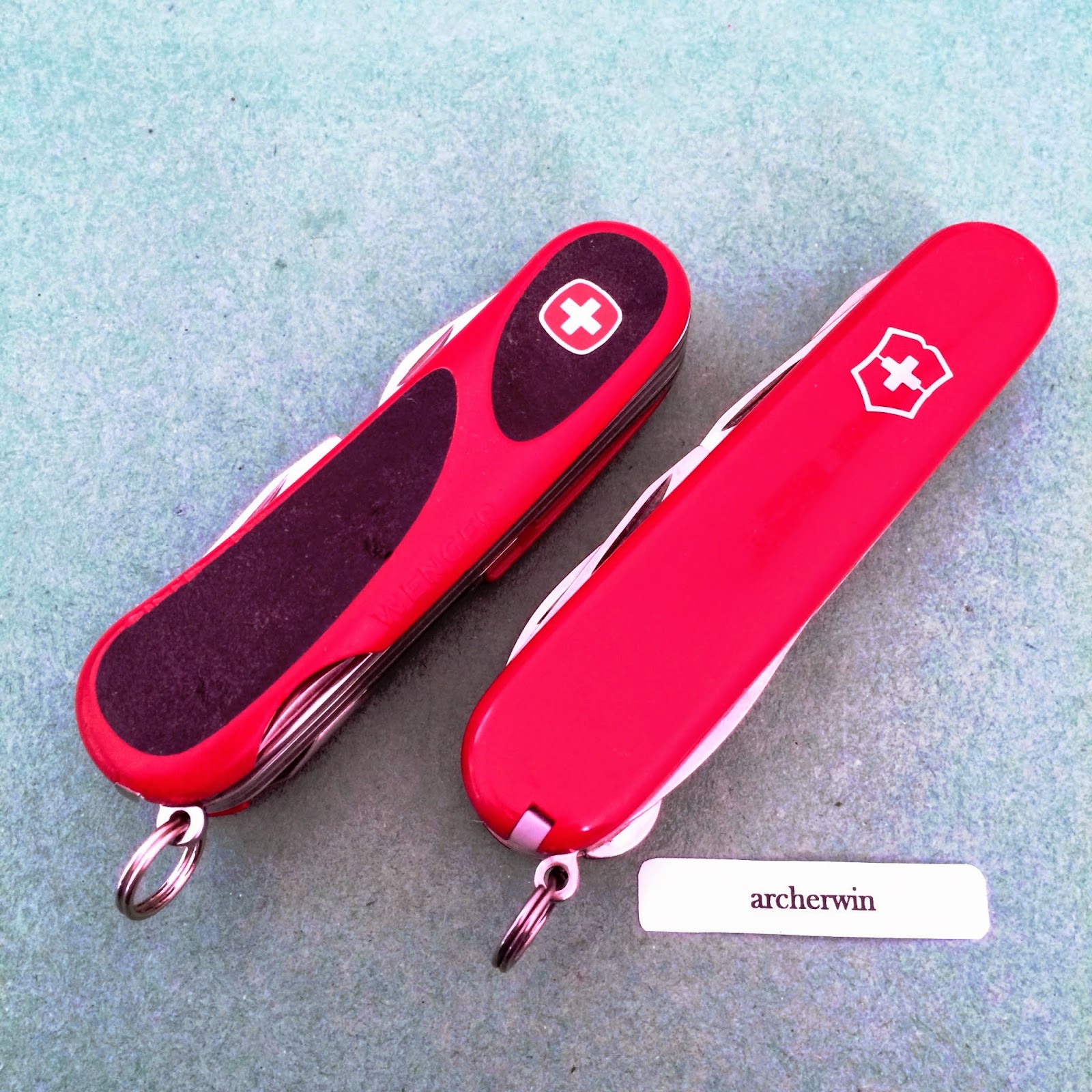 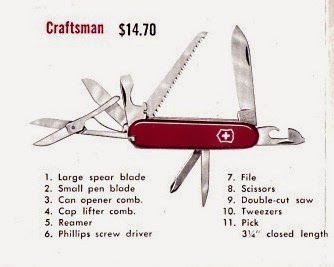 The Wenger Handyman, in this case an Evo 18, due to the updated grip-type scale.  This is an 85mm SAK with all the basic tools plus the Wood Saw.  The Wenger Handyman is one of the older models and was part of the early 1970s line up of 6 models which included the Monarch (pre-cursor of the Wenger Champ), Hobbyist, Traveller, Scout and the Master Fisherman. 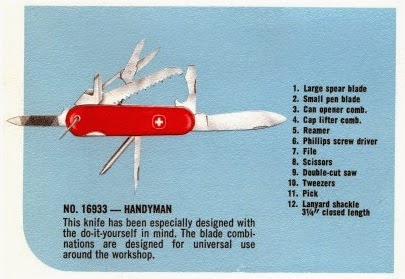 Below is a quick tabulated comparison between the two models. 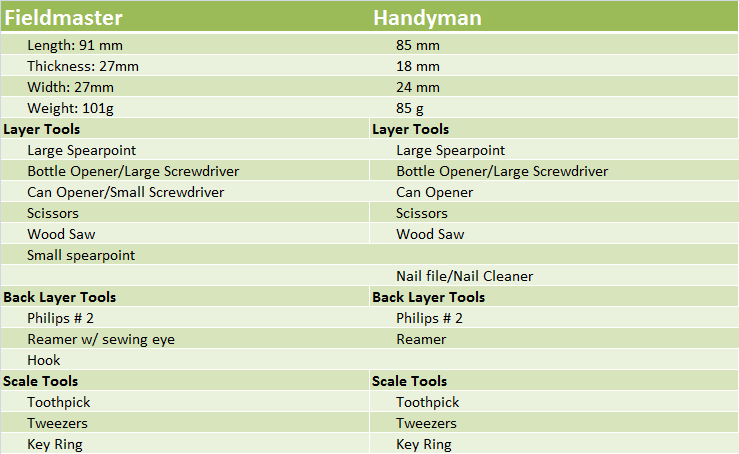 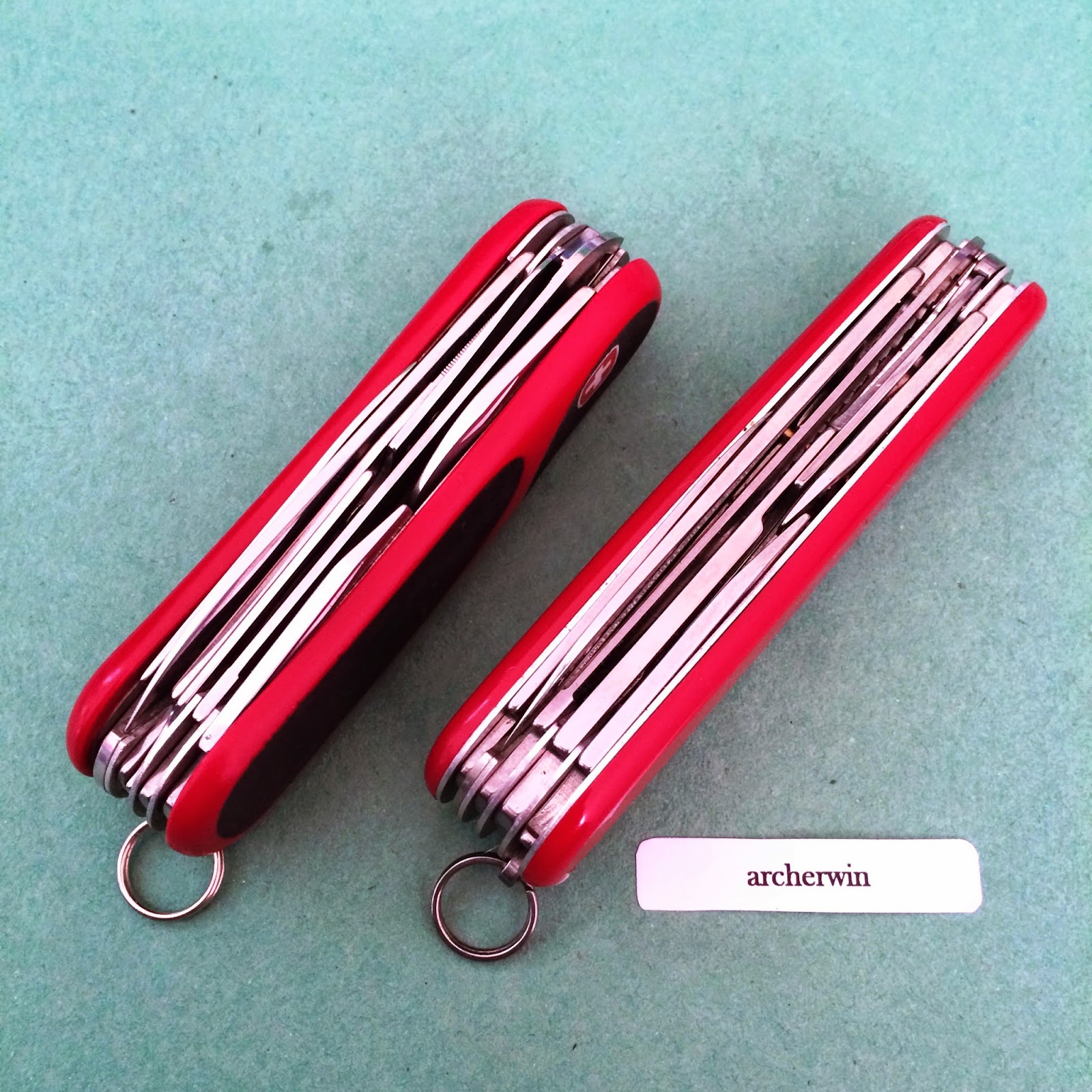 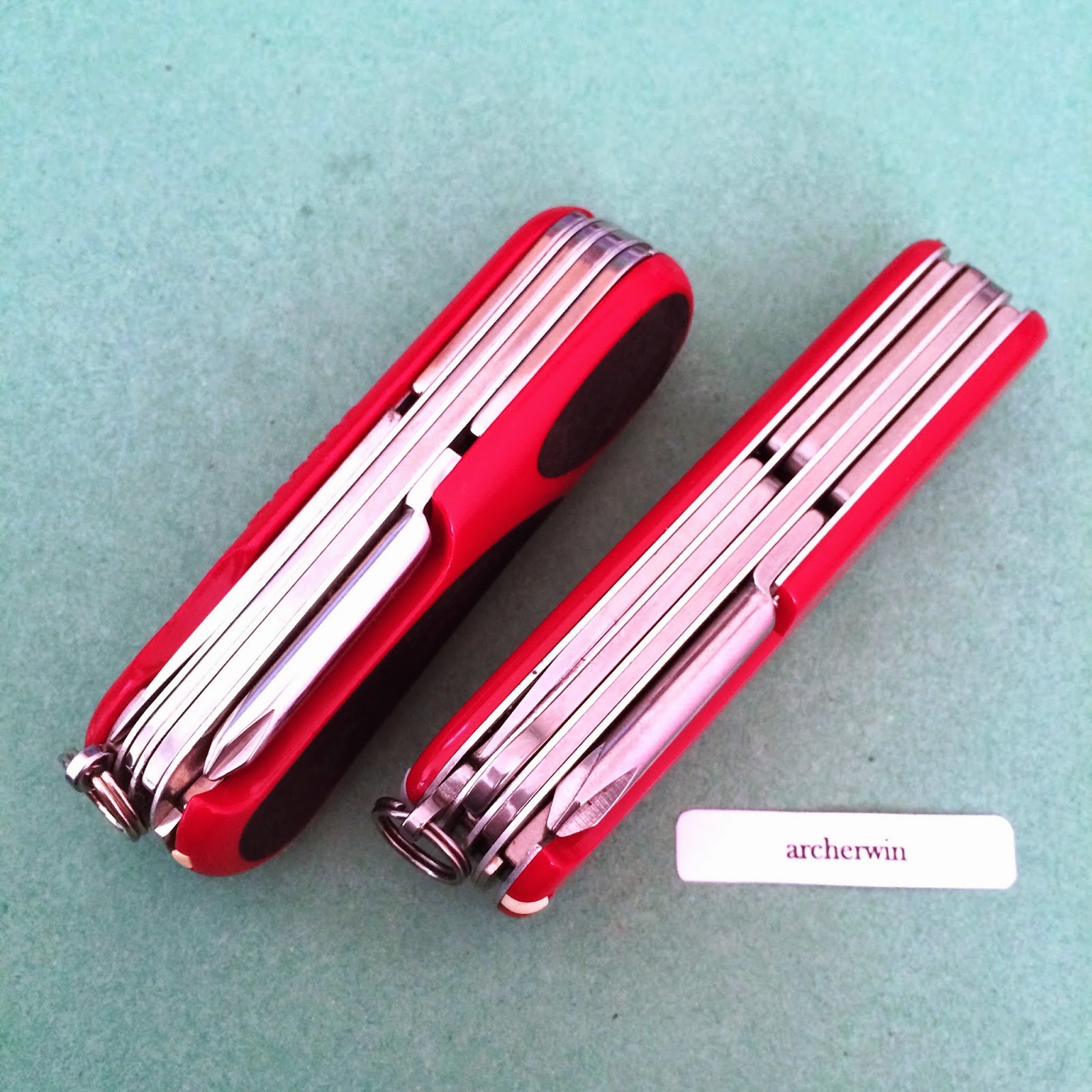 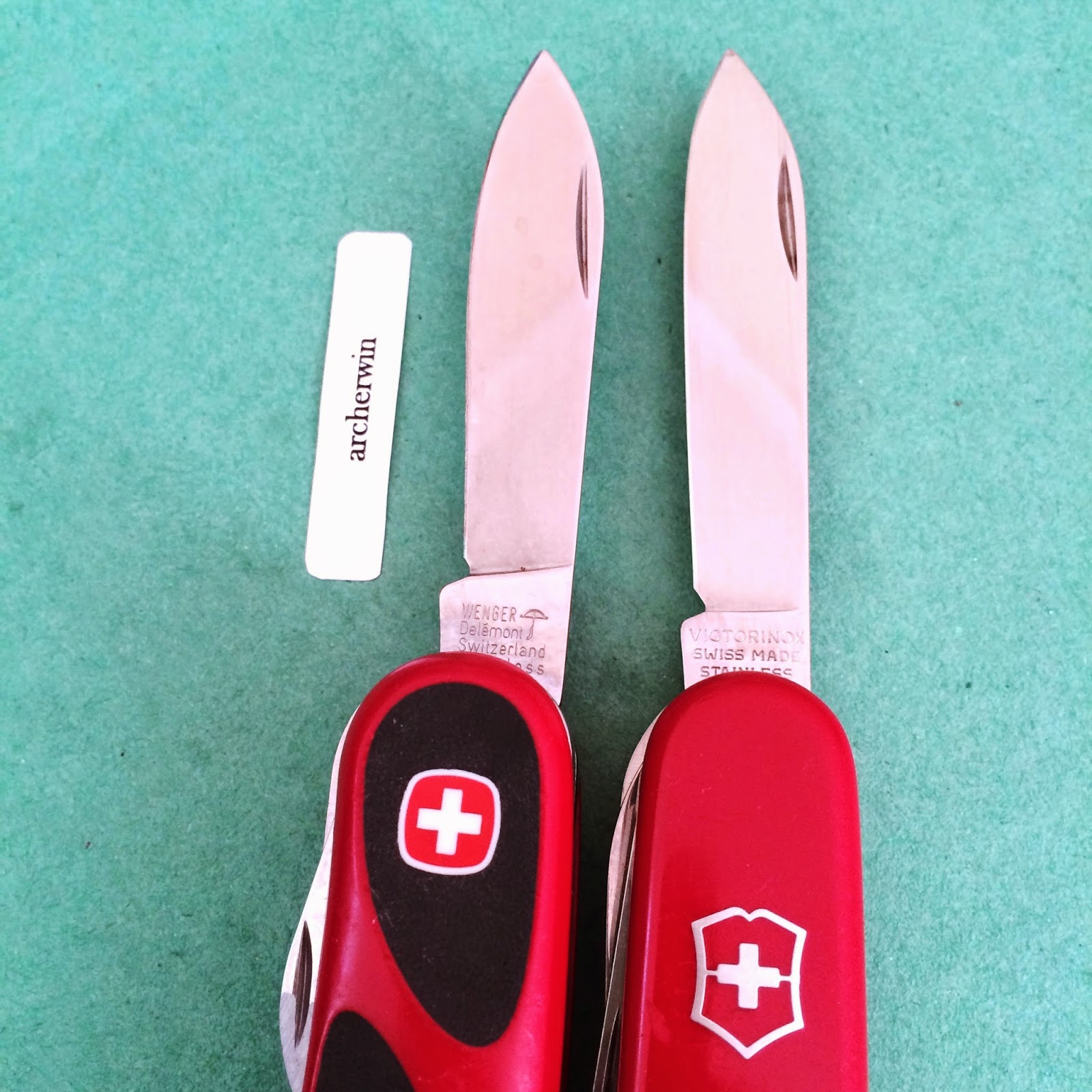 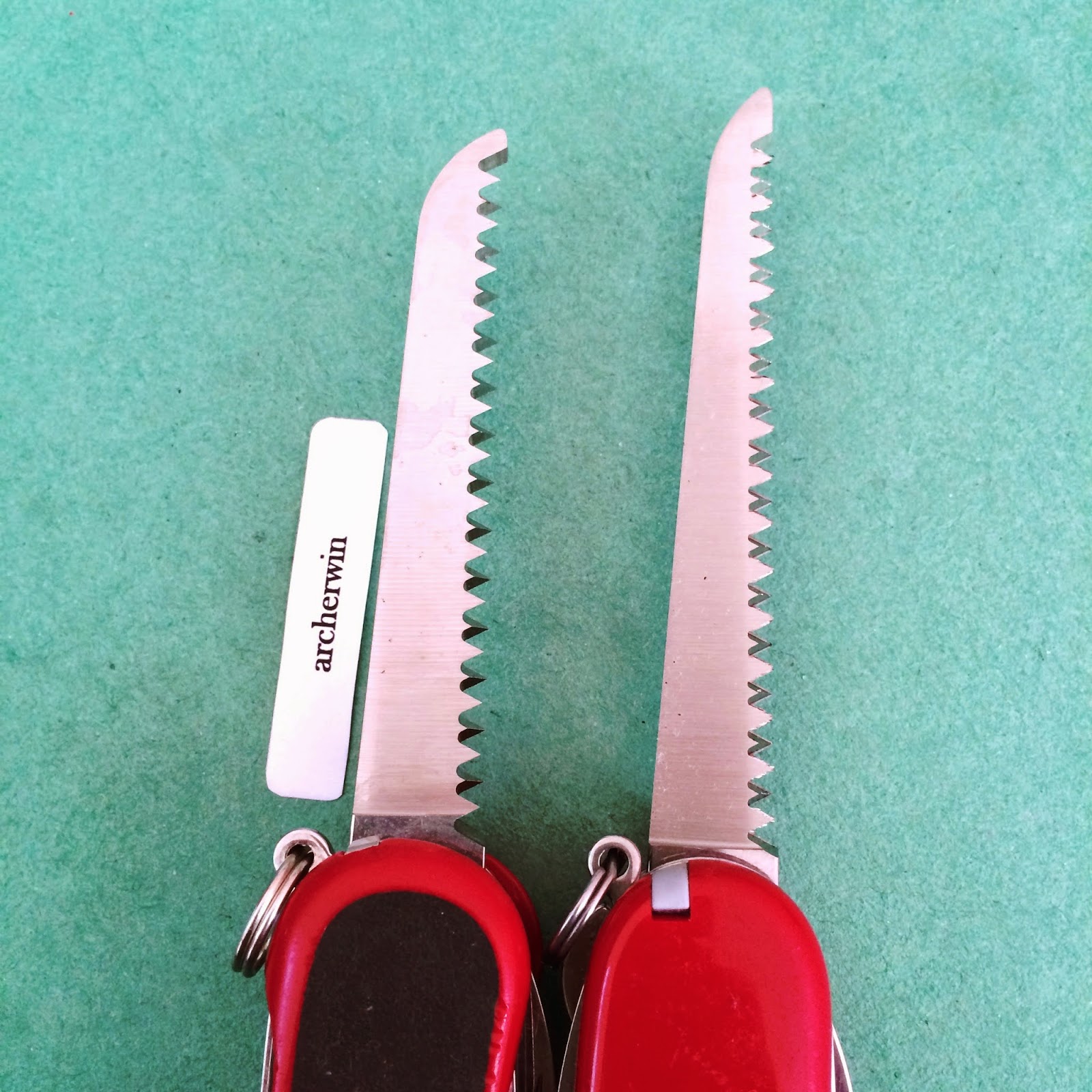 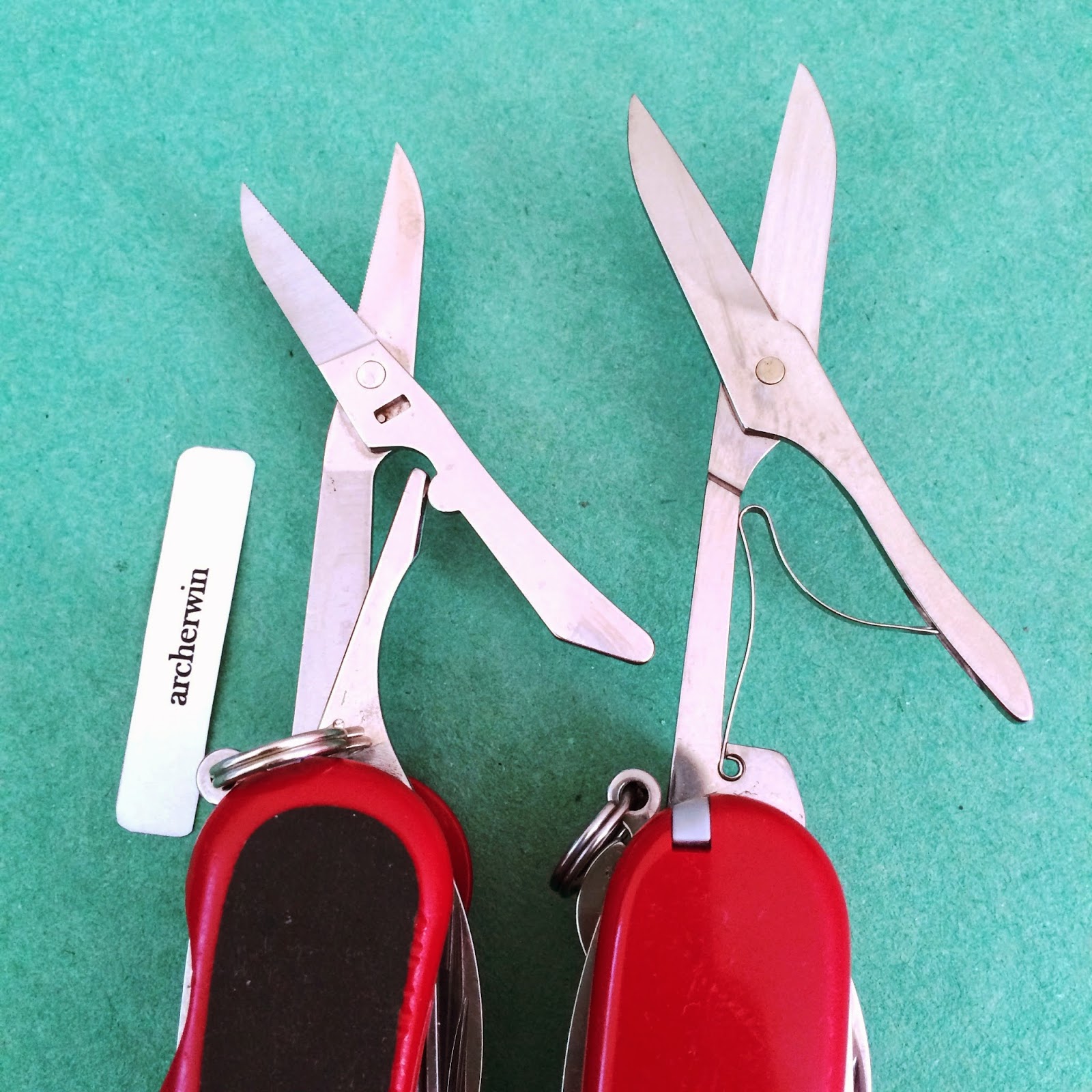 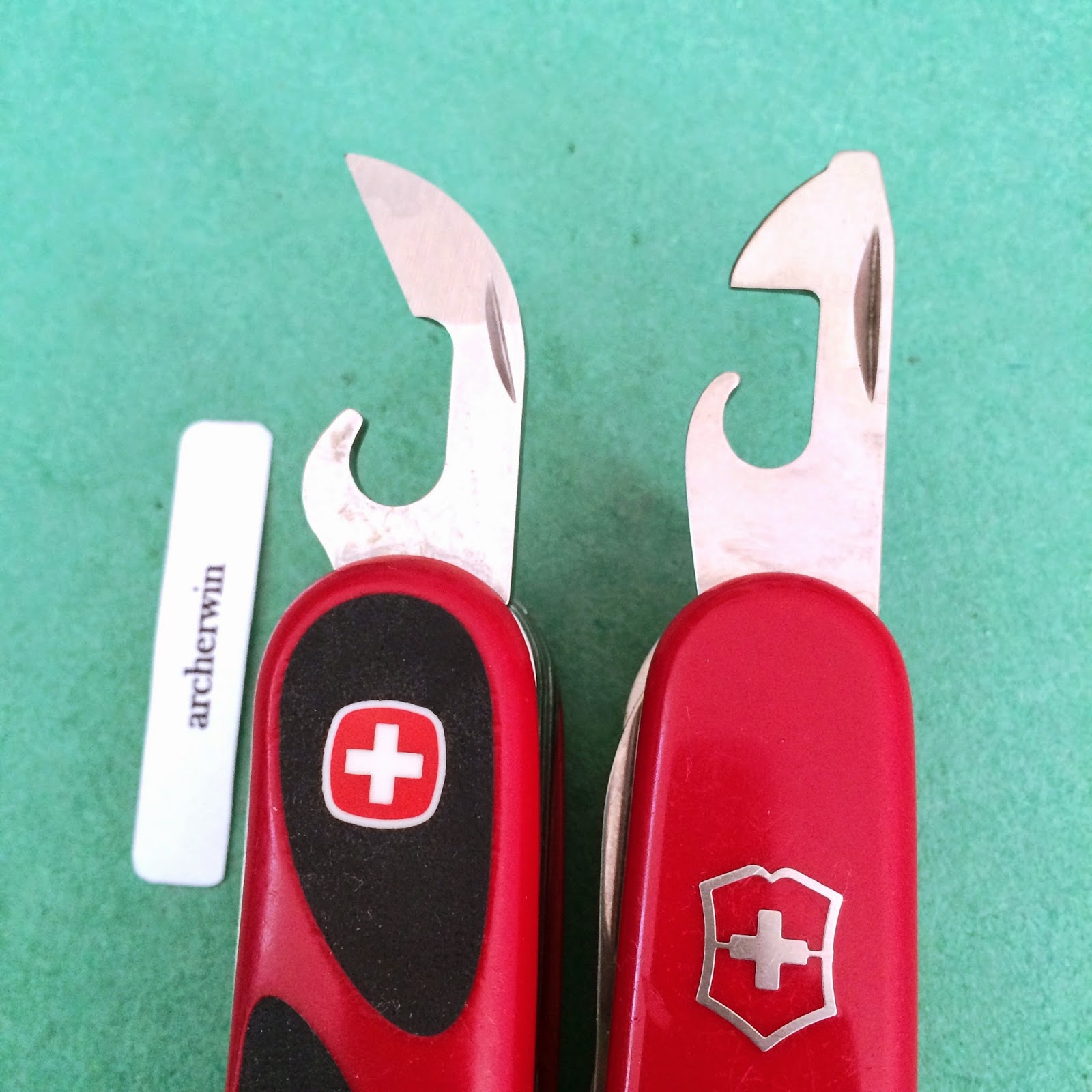 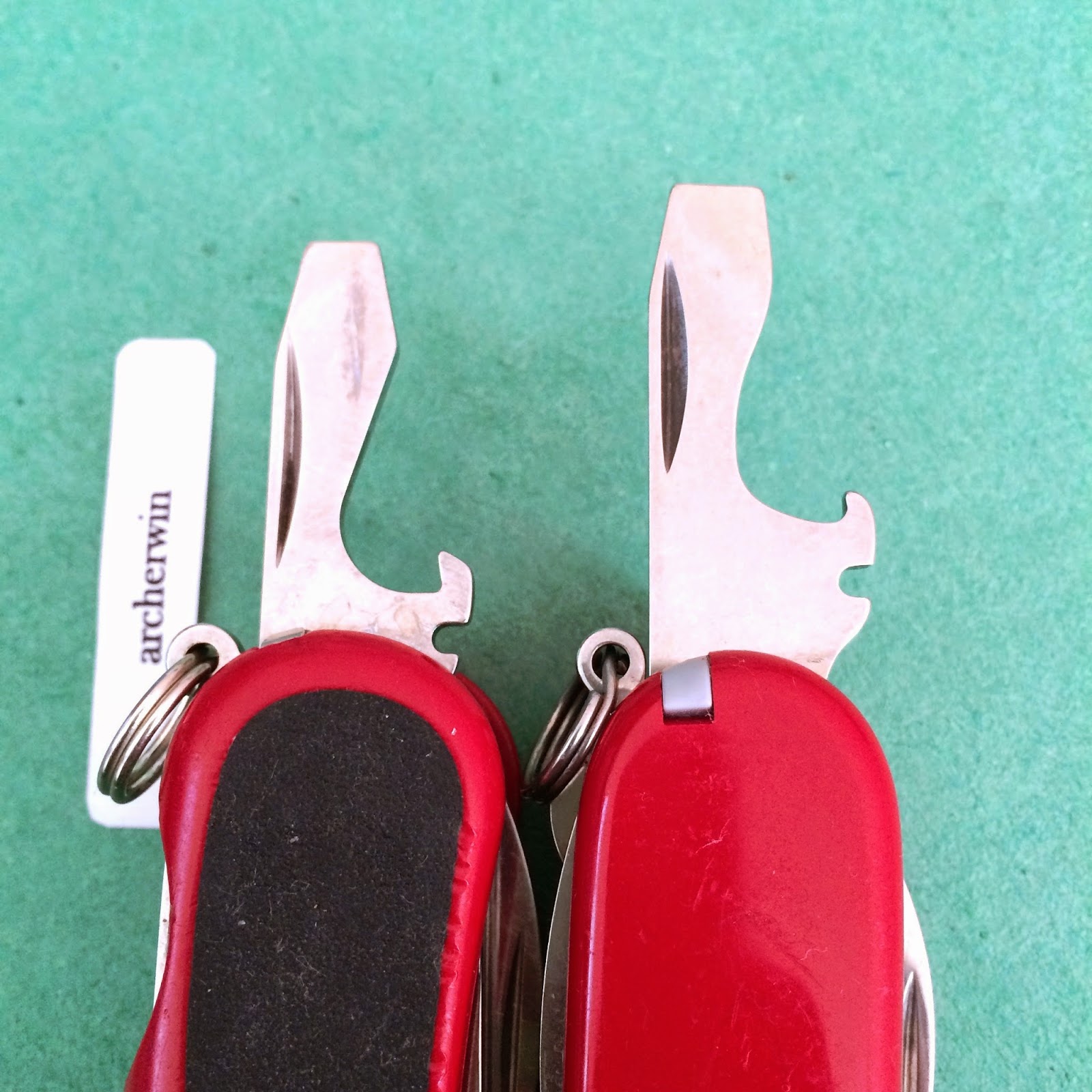 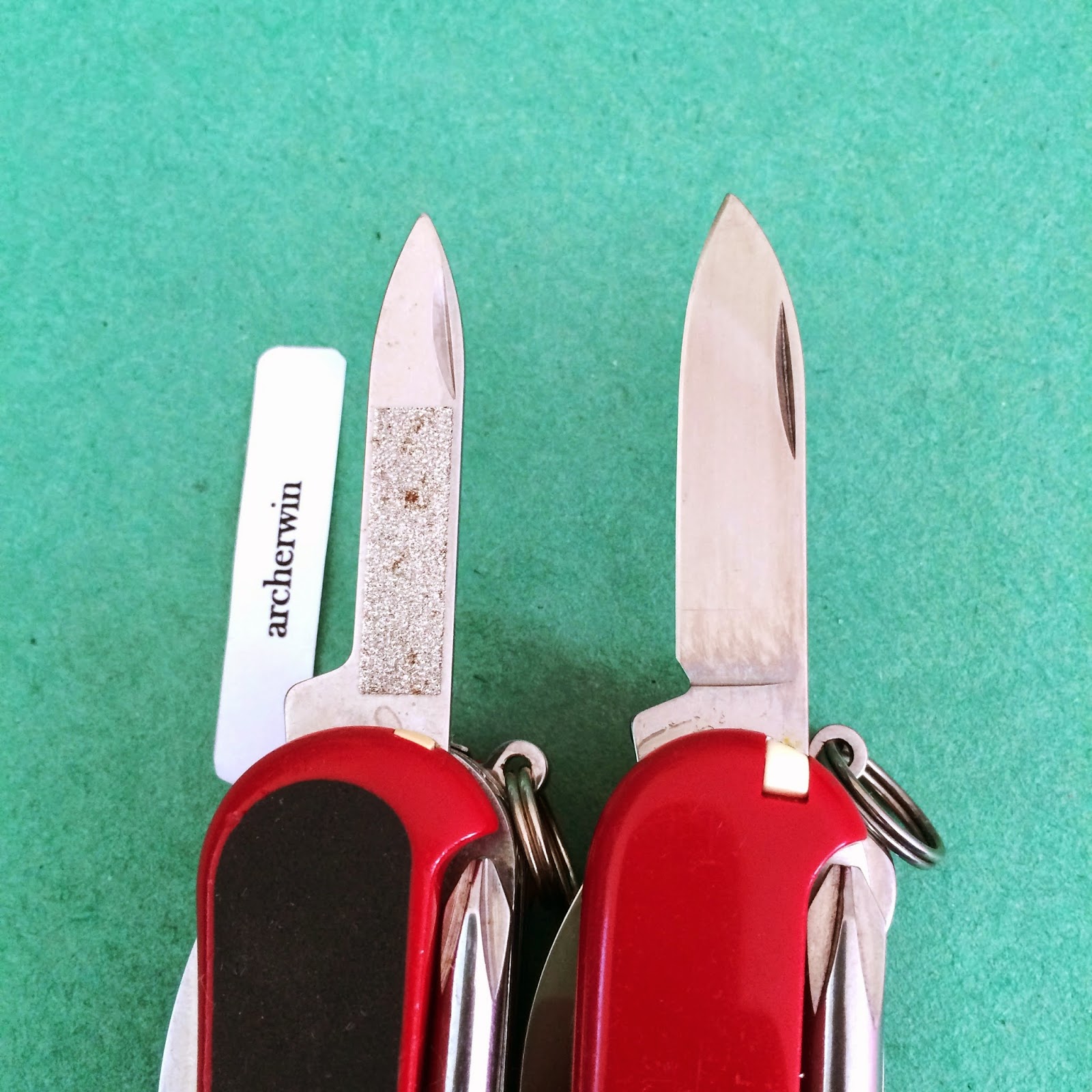 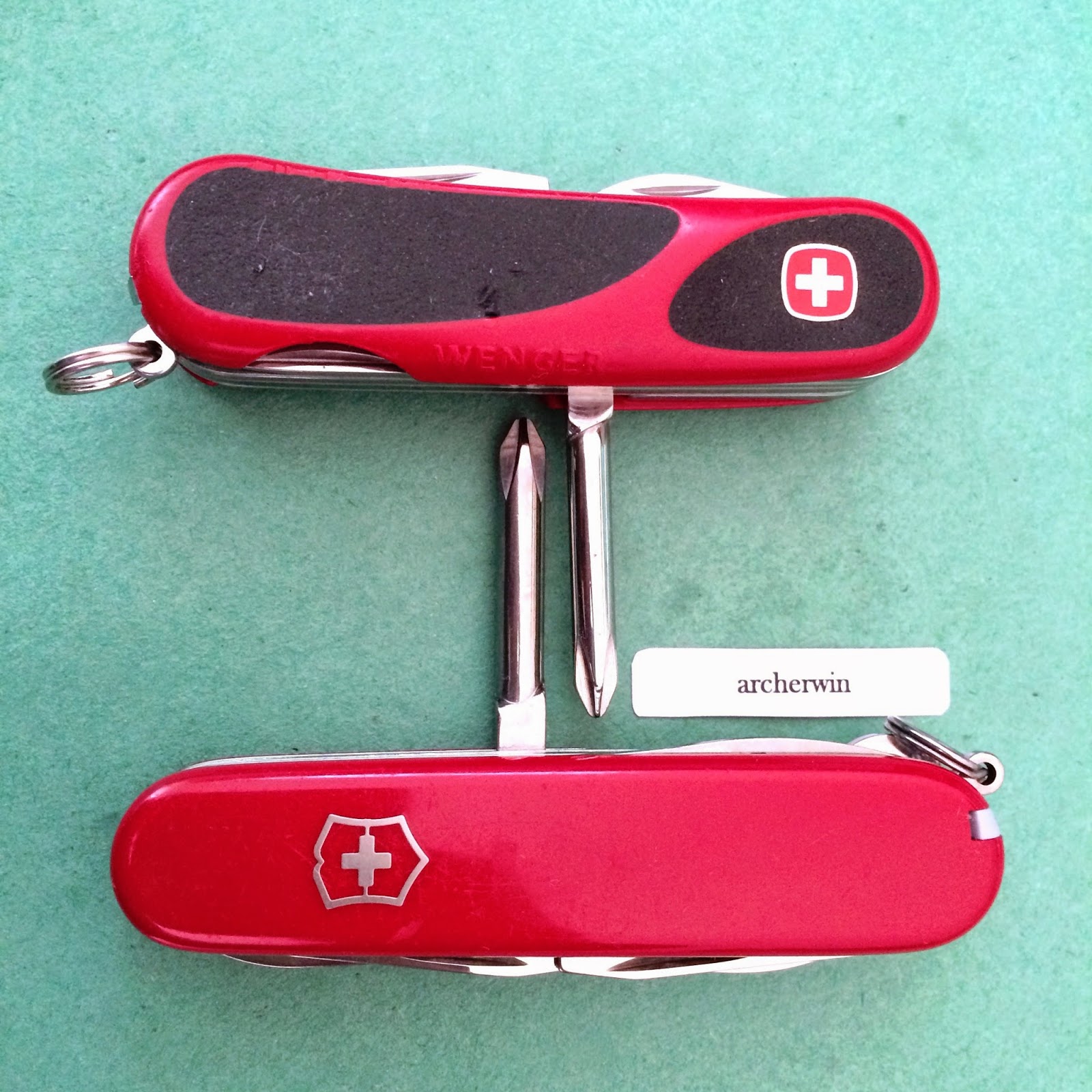 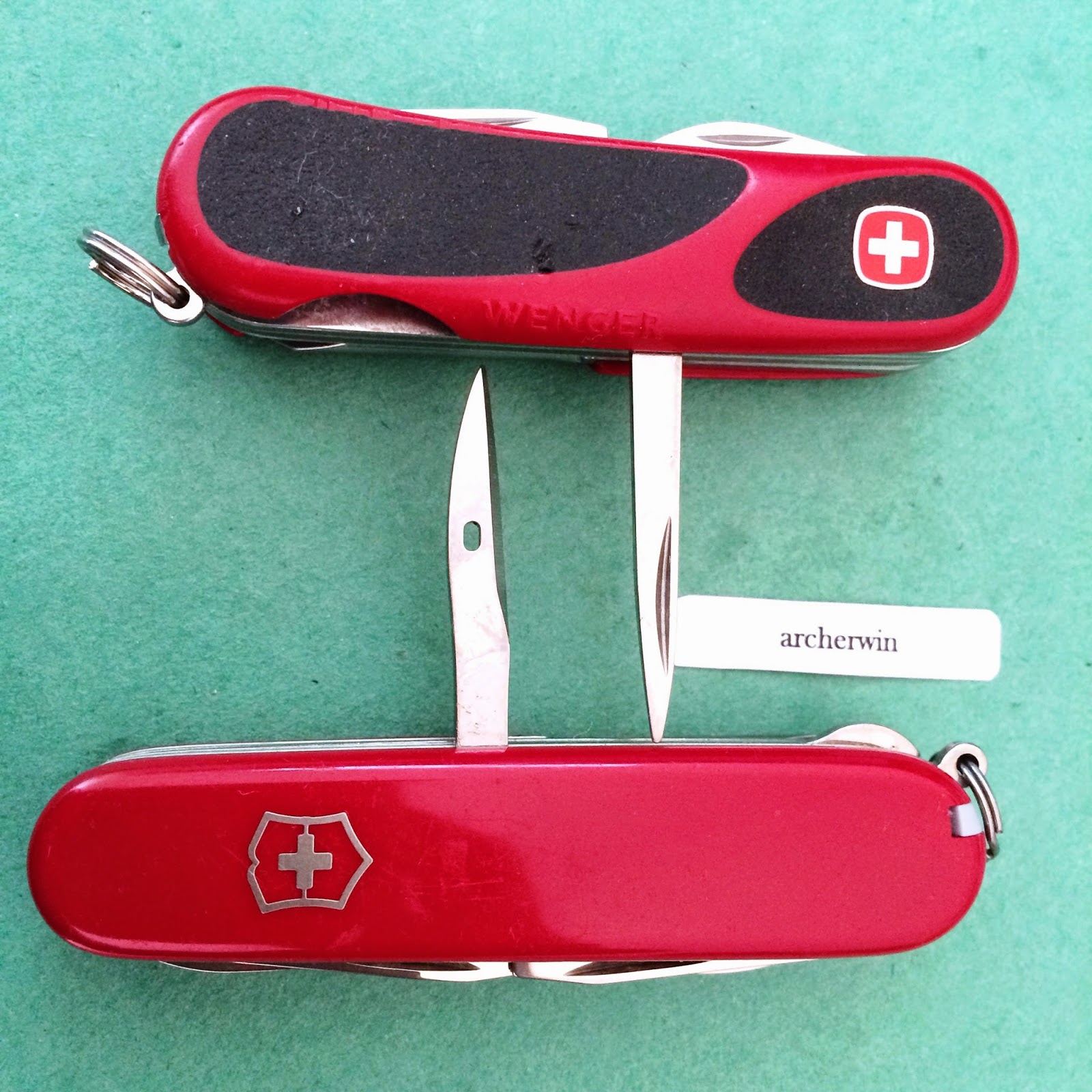 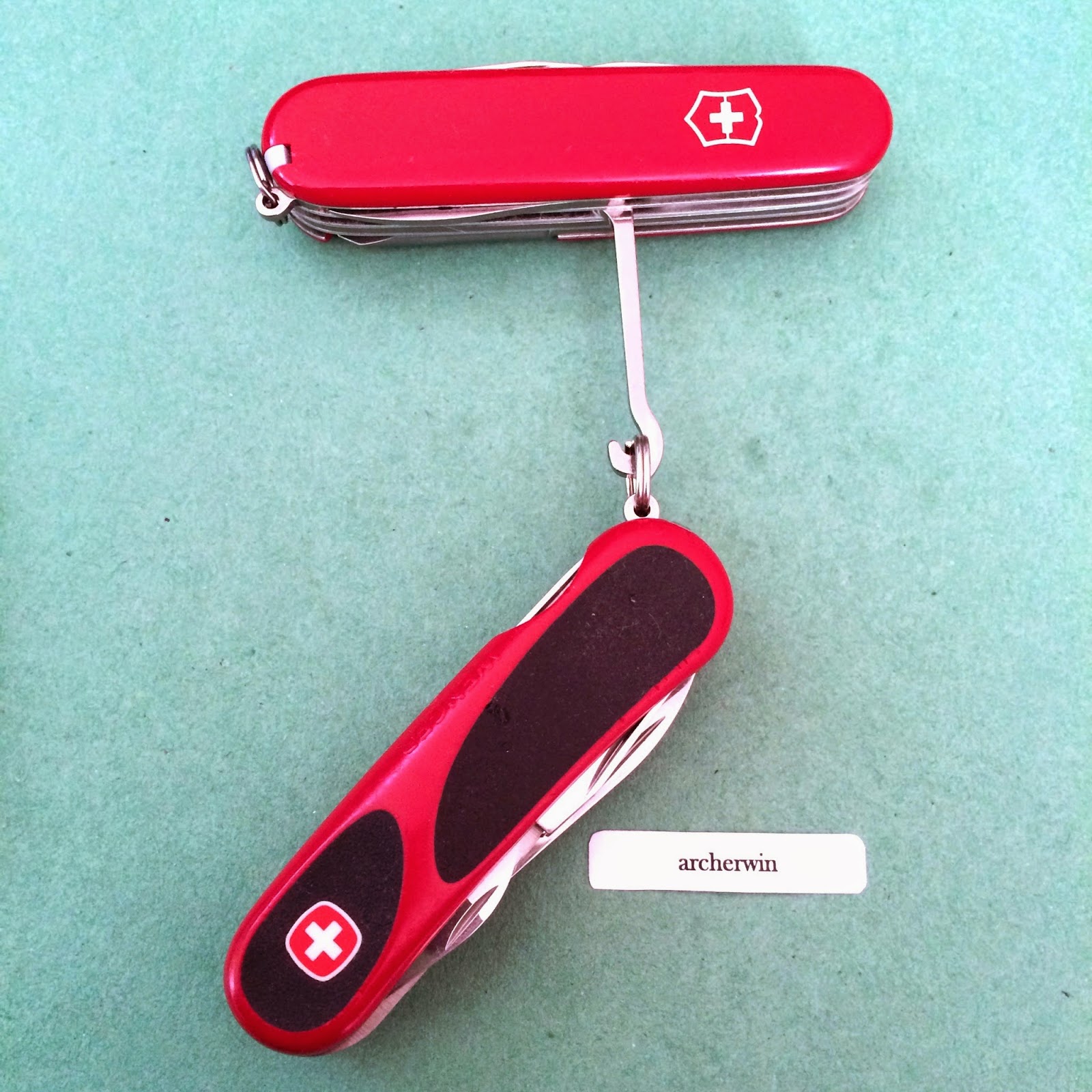