I've been carrying a Midnite MiniChamp for close to two years now. It replaced my Classic and it has been in my key ring from the moment I got it.  It has all the tools that I need for quick fixes. 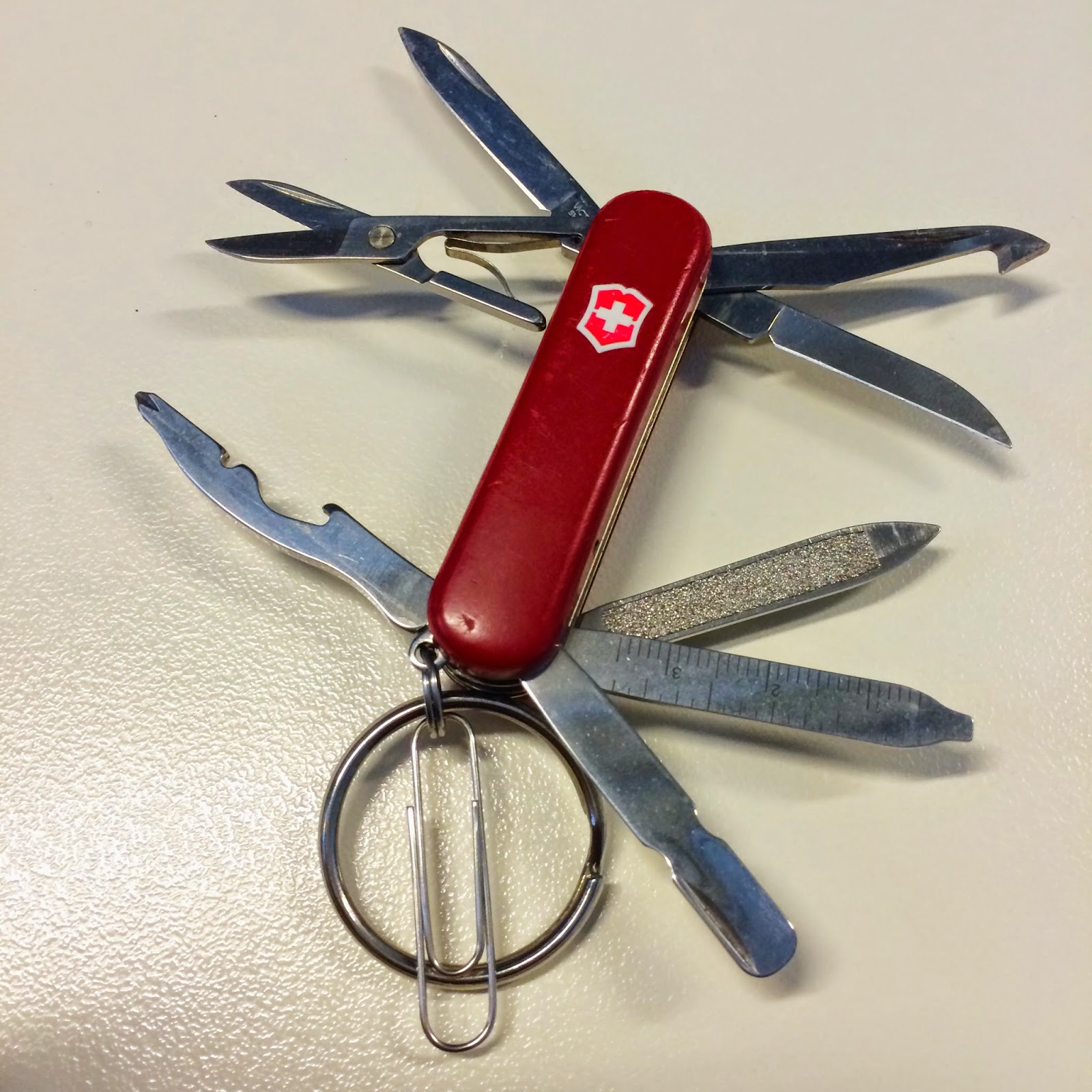 But honestly, I mostly use only the half side of the tools and the two scale tools.

One of the most used tools is the retractable ball point pen.  I had signed important documents with it.  Although, I don't think it is good for writing a long note, but for instances where you need a pen to sign, it's a savior! 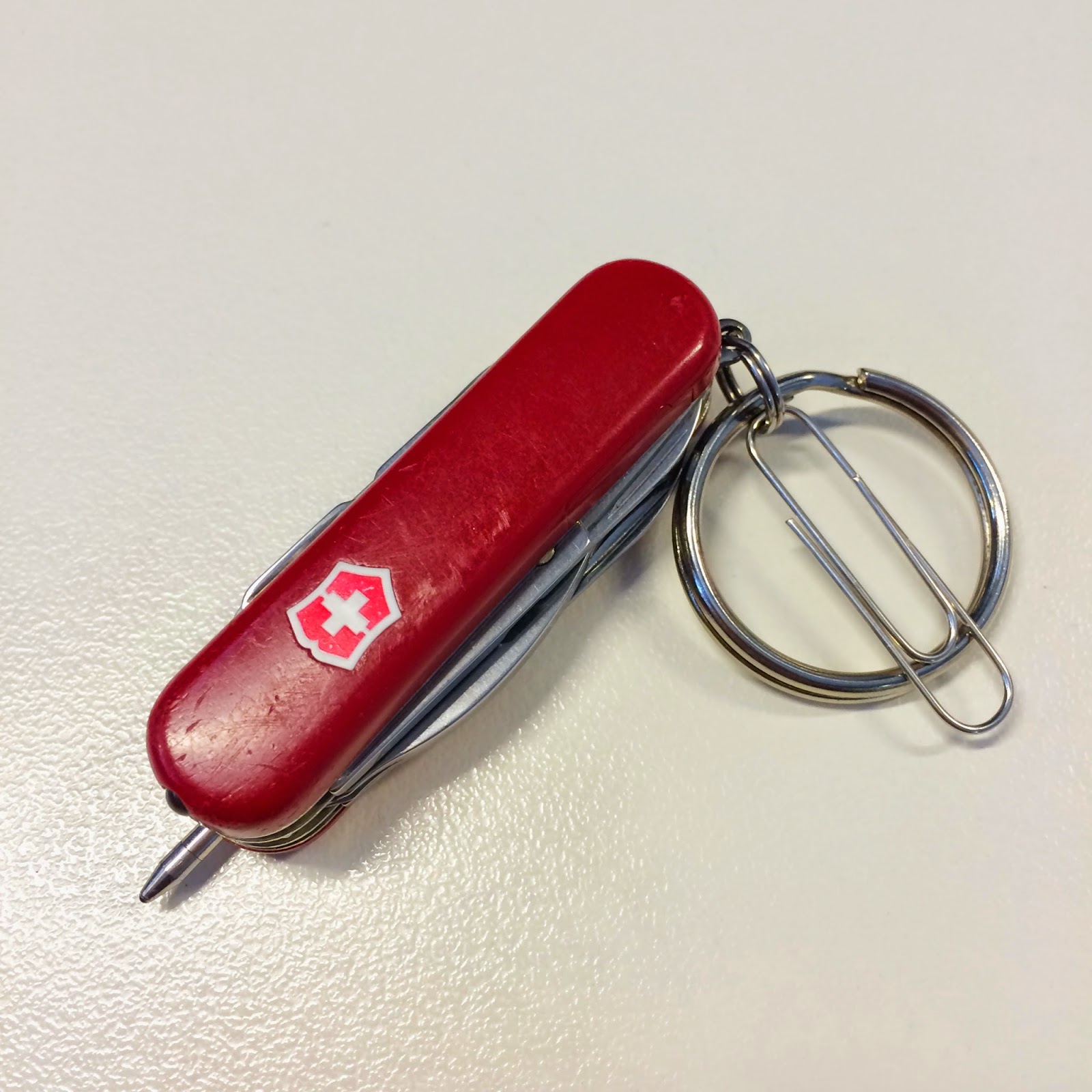 The ball point pen. It accidentally dropped a few months ago, never to be found but after a quick email to Victorinox Warranty, they sent a replacement at no cost.


The Pen Blade gets a lot of use, from opening letter envelopes, to opening carton boxes (cutting the tapes only) to cutting nylon ropes, fishing lines, etc.  It has remained sharp and I always clean it after each use, specially when I'm cutting sticky tapes. 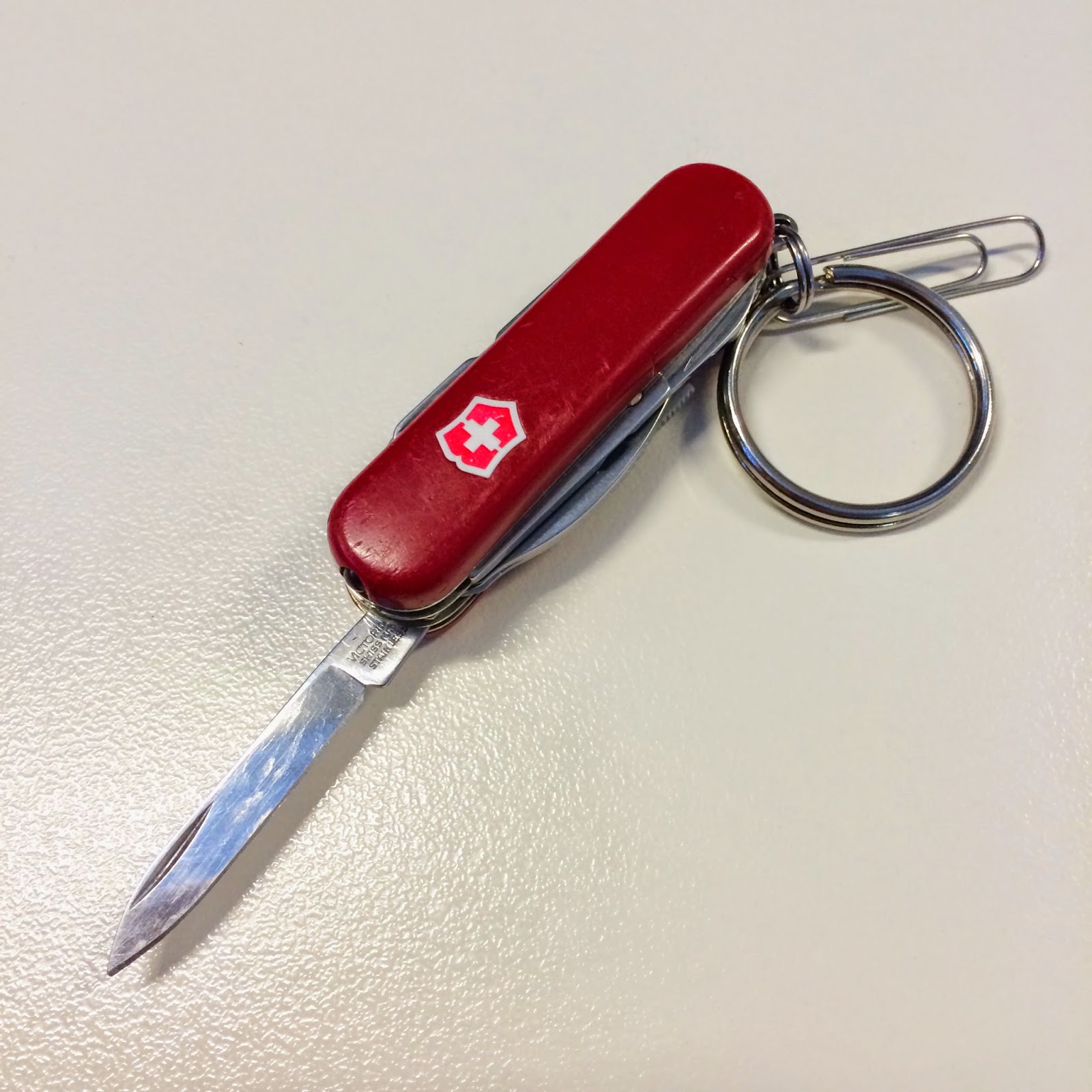 The Combo Tool! I think this is one of the best single tool in the 58mm range.  I've used the cap lifter to open countless of beers and the small Philips screwdriver is perfect for opening the battery lids of my children's toys. Although, I think it would have been better if it opened away from the key ring . 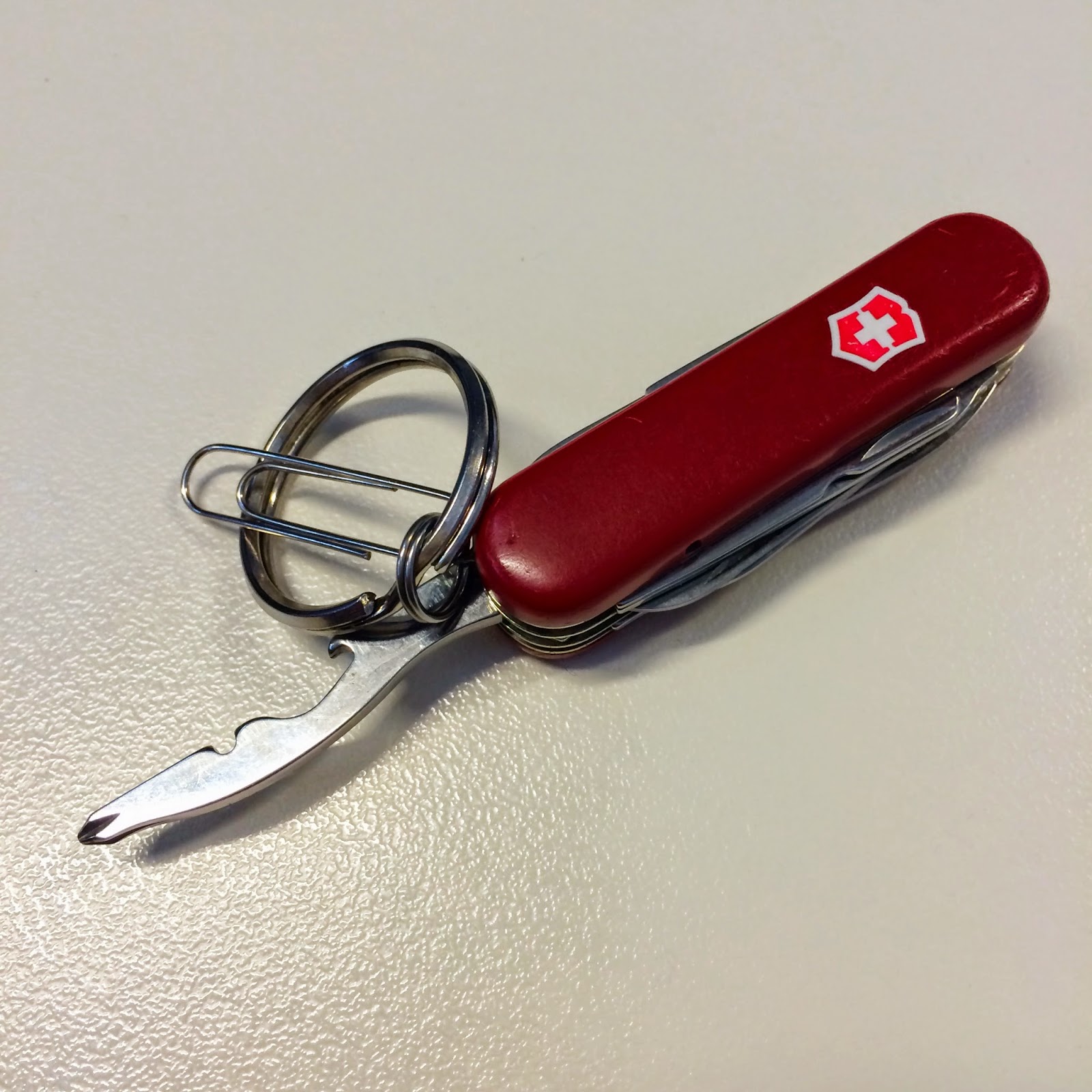 The Scissor gets a lot of tool time as well.  It's small but stays very sharp.  It's also pretty strong and can cut a board paper with no problems. 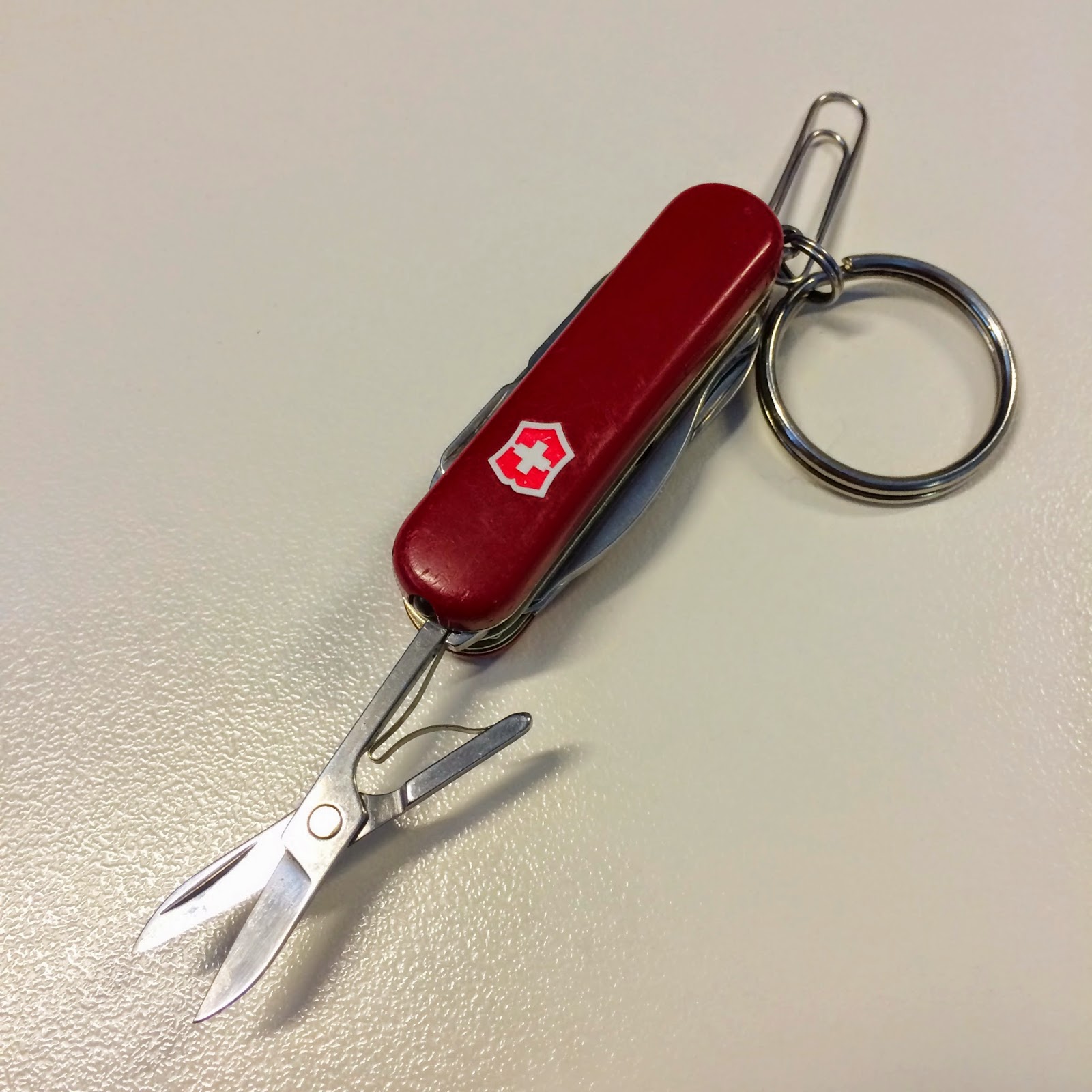 The LED light can light up a pathway during this dark wintery nights.  It's like a regular flashlight on a key ring.  The small white LED bulb is pretty strong for its size. Definitely a good addition to the MiniChamp model.  The original battery is still strong even after two years of use.  No signs of it going low at the moment. 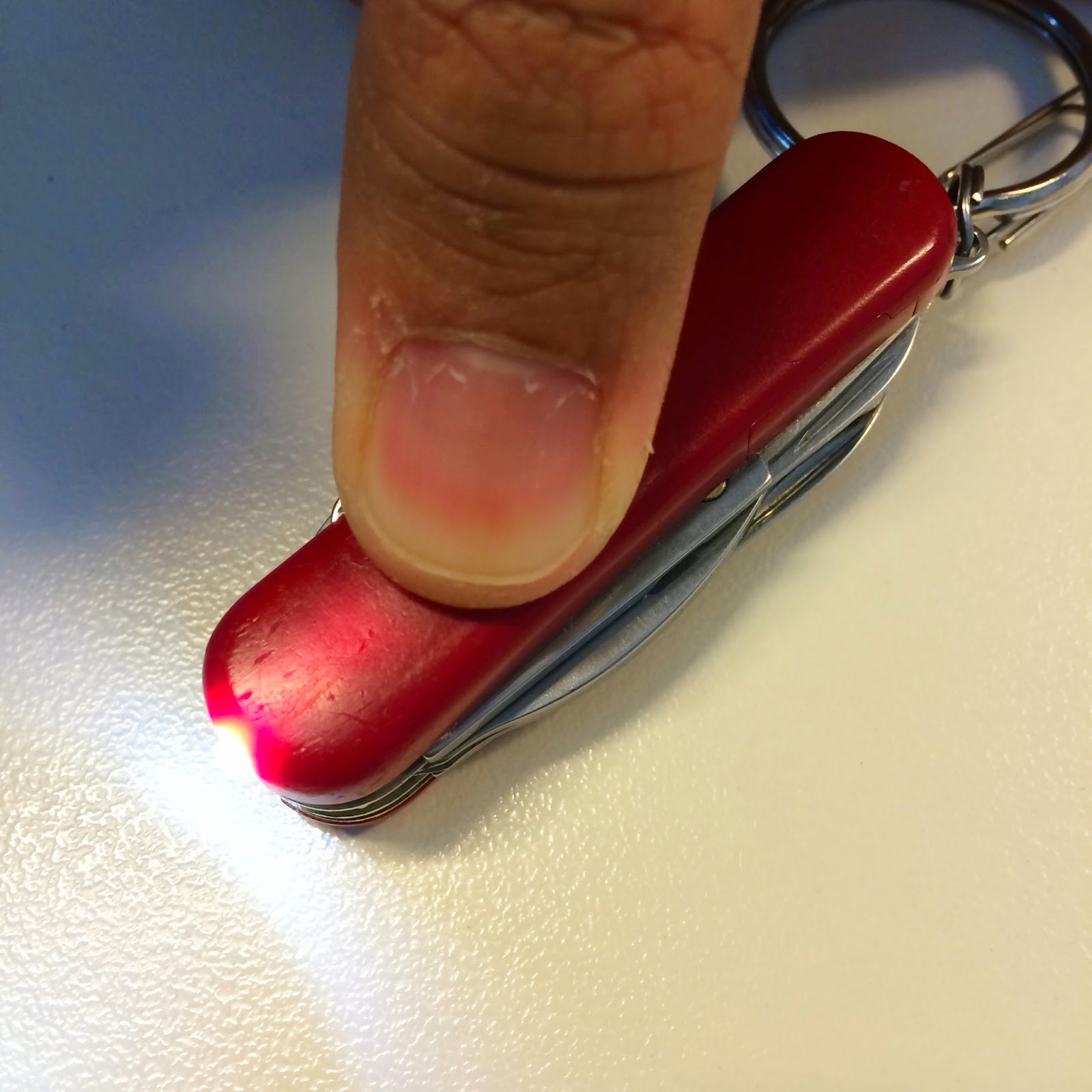 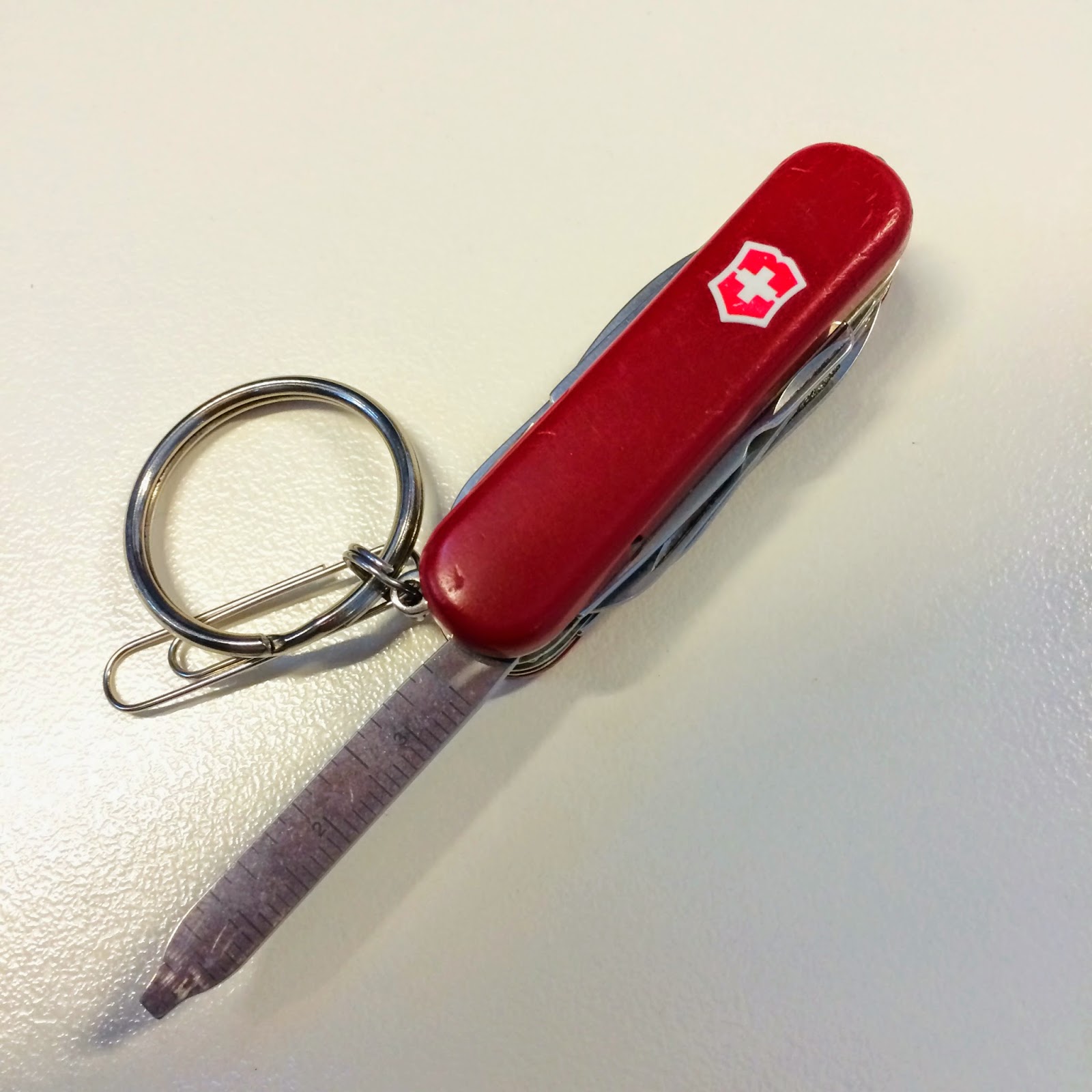 For the other tools, well, let's just say that they're still in their unused condition.  Honestly, if I'll buy another SAK for my key chain , I'll probably buy a Midnite Manager - I think this SAK is bang for the buck! Has all the tools that I need without the added "fat". Lean and mean, cost a lot less as well.

Also, did you noticed the paper clip in the key ring?  I think what's missing in this tool is a pin!  I've been in some situations when a friend needed a pin to replace his phone's sim card and I did not have any!  After that, I added the paperclip on the key ring for emergency situations requiring me to have a pin.

Overall, the Midnite MiniChamp has all the tools you'll need for those quick fixes plus more.  But, if you're like me and will most probably use only half of the tools, you'll be better of buying the less expensive Midnite Manager.
Posted by Erwin Macalalad at 4:26 PM