REVIEW: Victorinox SwissChamp vs Wenger Champ - Battle of the Biggies

I acquired a 1980's Wenger Champ in good condition a while back and since I also have the original Victorinox SwissChamp from the 80's as well, I thought it's a good idea to compare them side by side.

The Wenger Champ is an 85mm-8 layer model also marketed as the Classic 28.  It preceded the Pocket Tool Chest and was one of the biggest models of Wenger during the time of its release together with the Matterhorn.

The Victorinox SwissChamp is a 91mm-7 layer model that was introduced in 1985 and contained all the available tools produced during that time.  It replaced the Champion upon its introduction but the Champion was still produced and sold in parallel with it.

Here is a summary of the tool set compared side by side in table format.  The SwissChamp has more tools owing to the good use of the back layer. 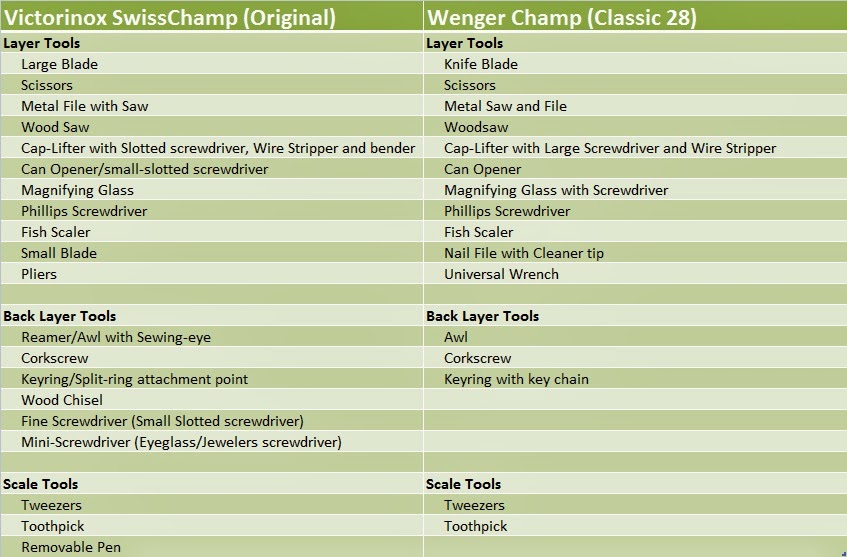 Size: The SwissChamp is longer and feels bulkier than the Champ. 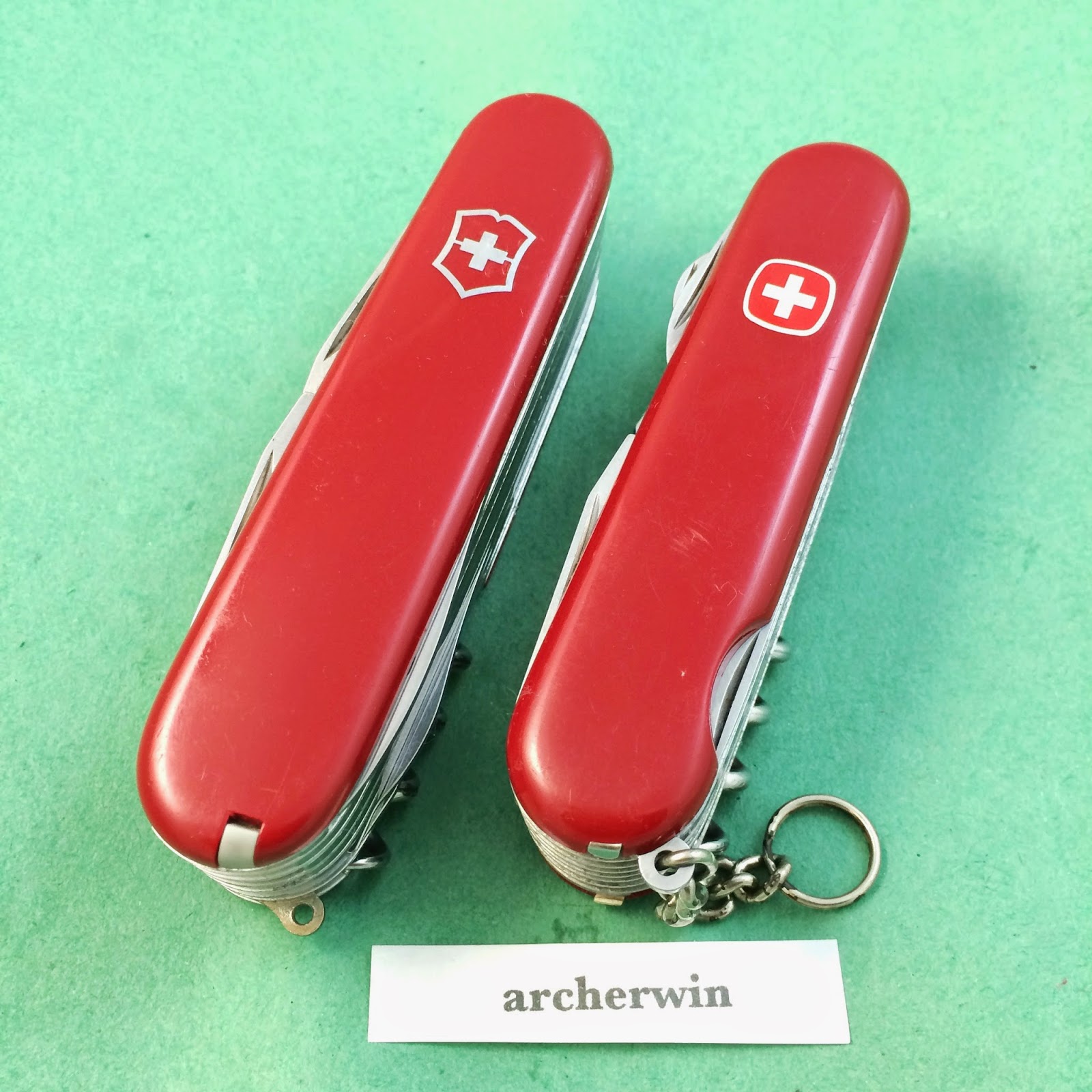 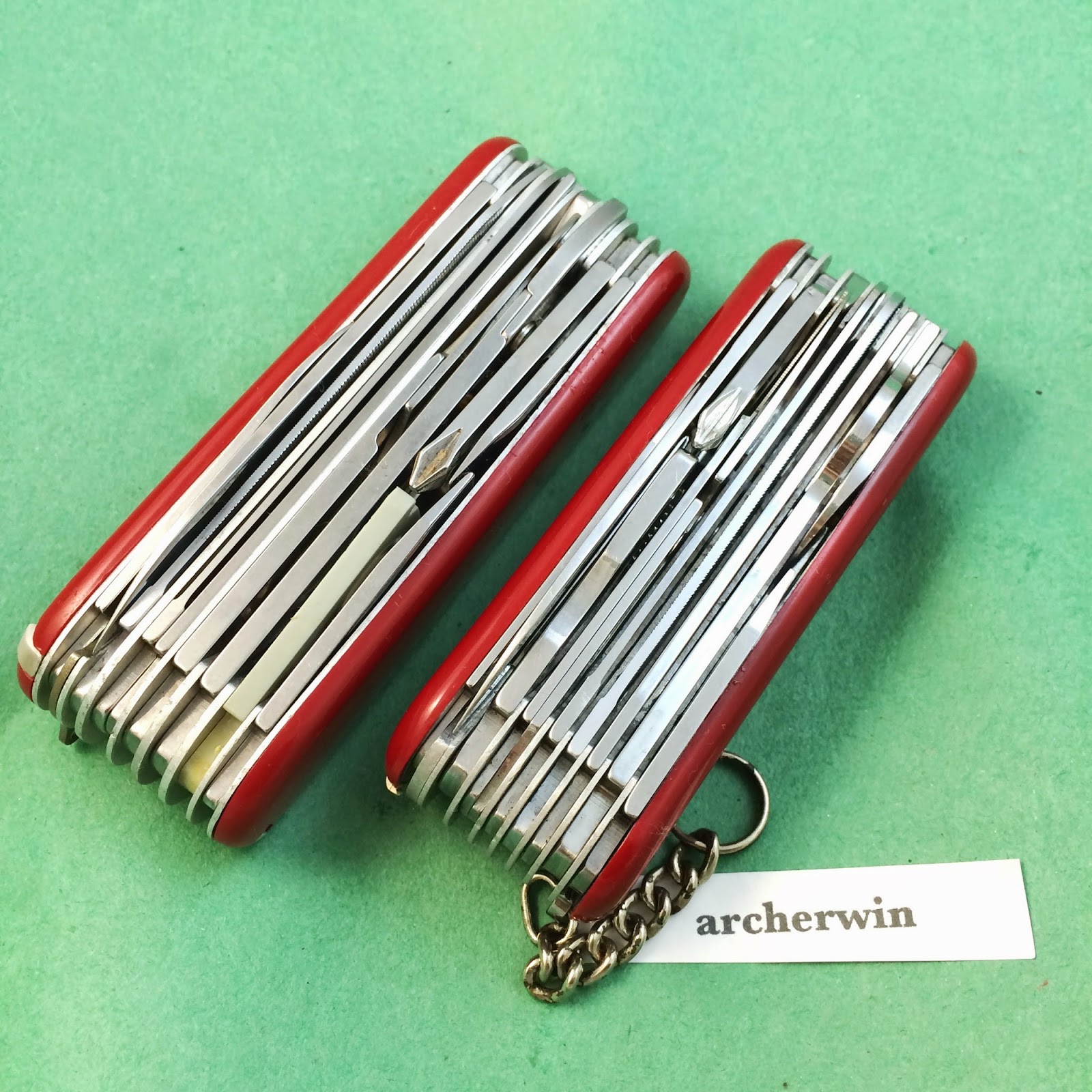 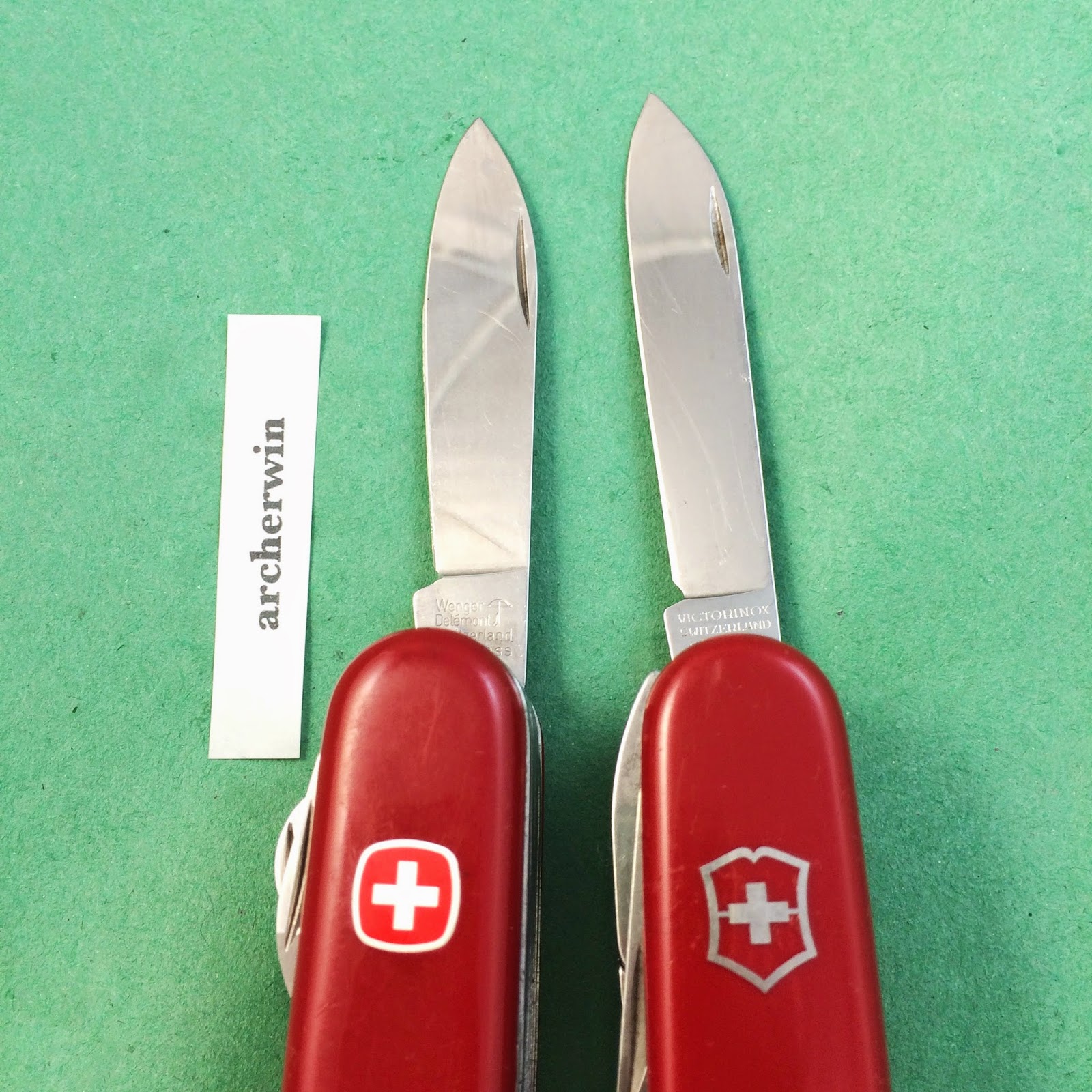 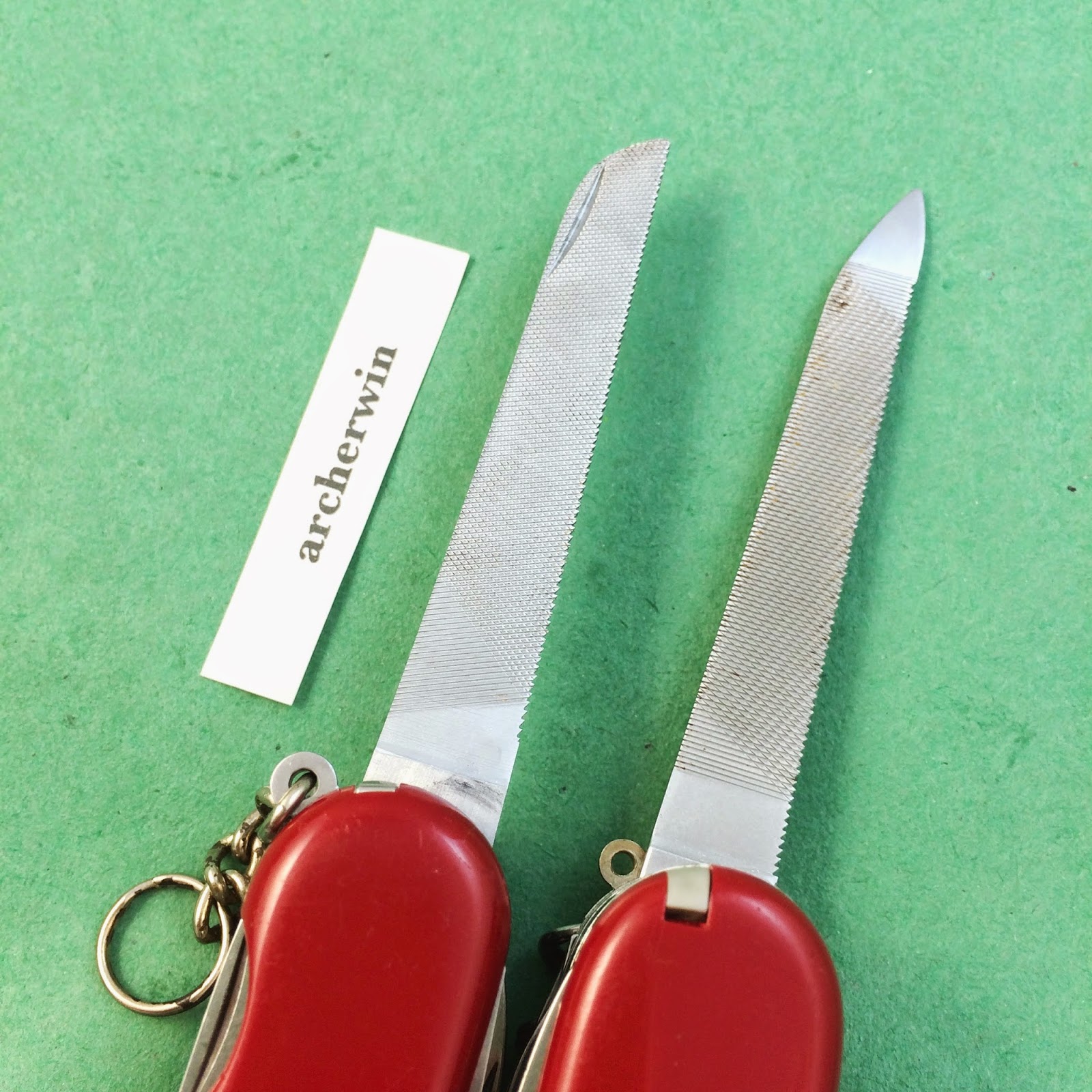 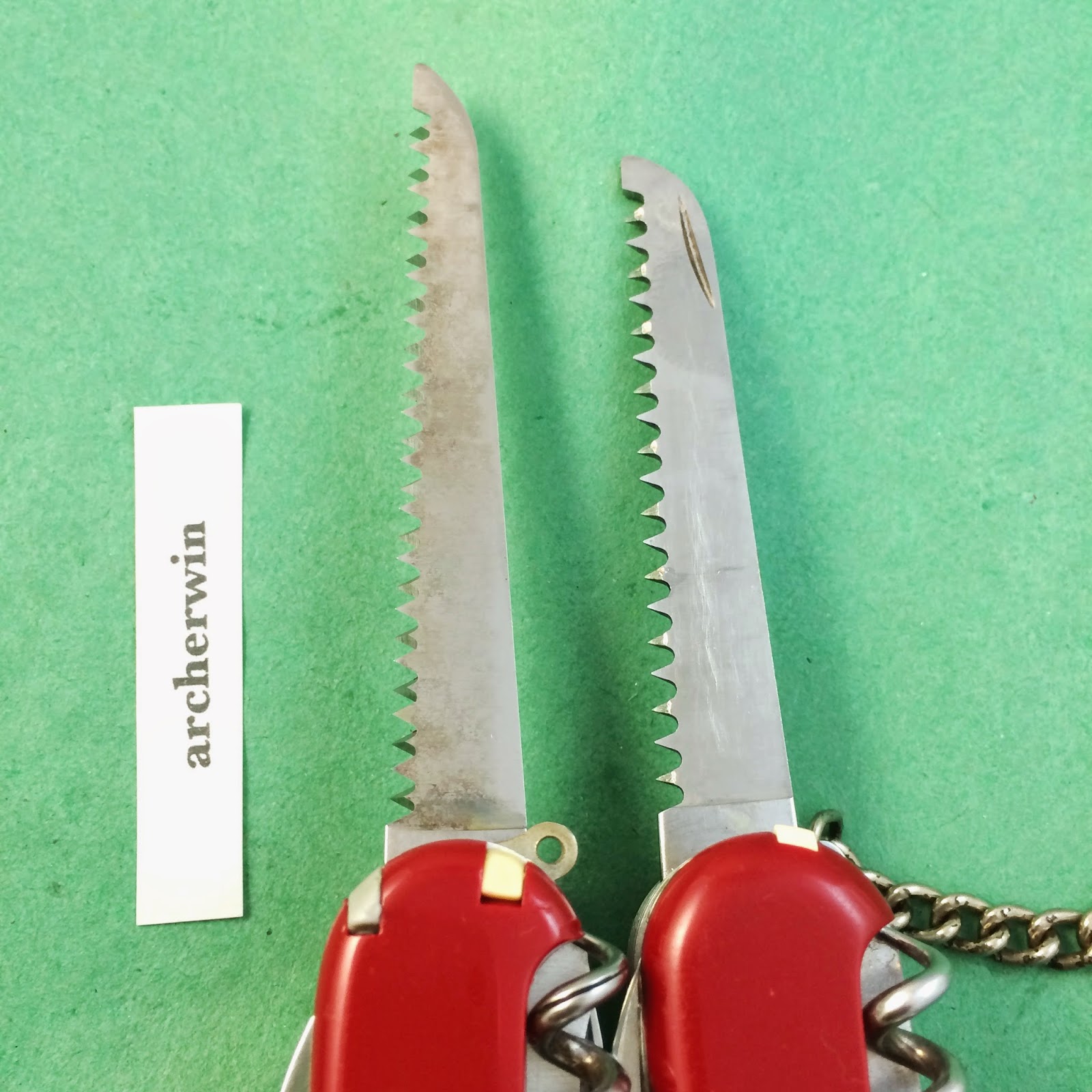 Fish Scaler: The Victorinox has the longer scaler with a ruler engraved to it as well. 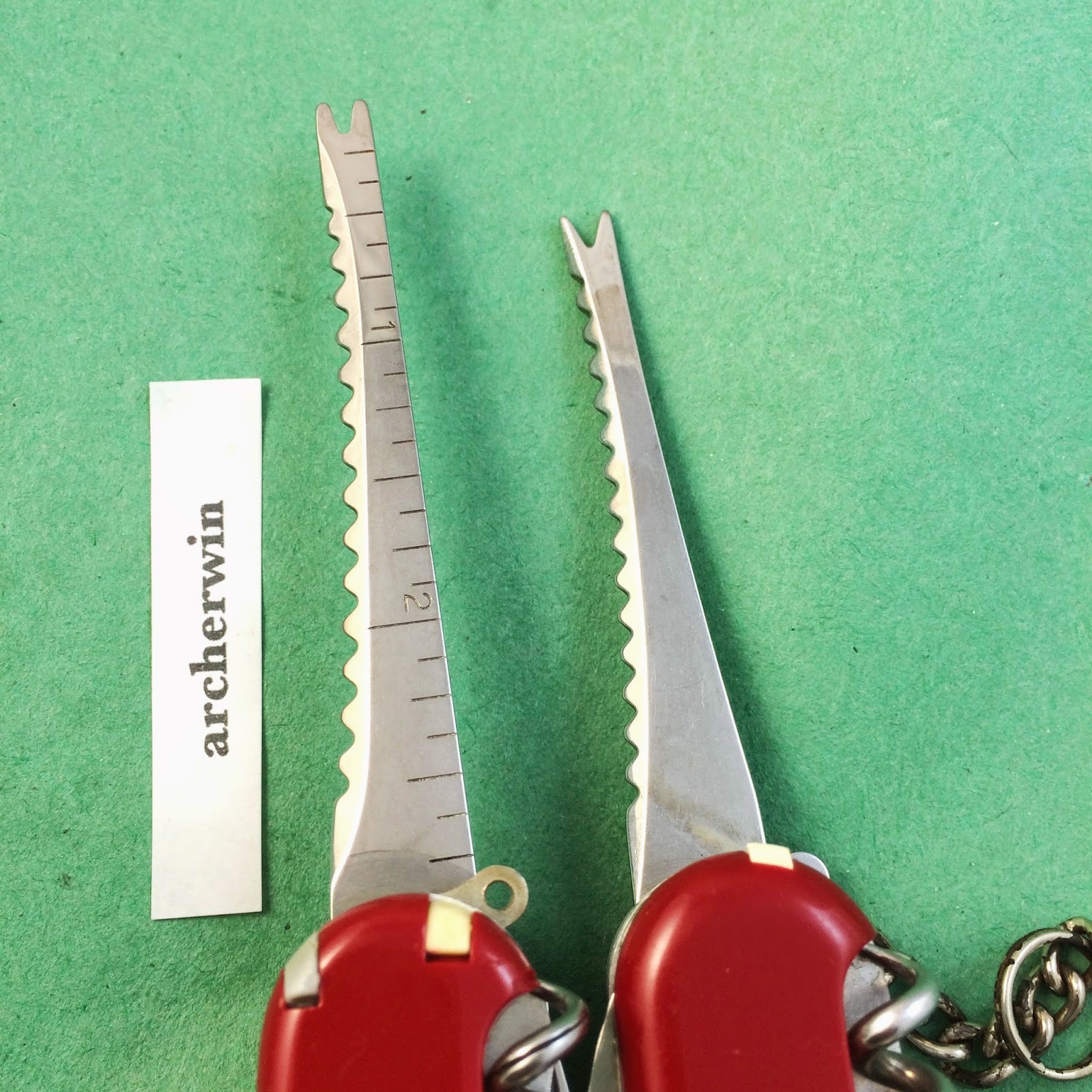 Philips Screwdriver:  Both have inline Philips screwdrivers which is great for actual use.  The SwissChamp one is significantly longer and bulkier than the Champ one. 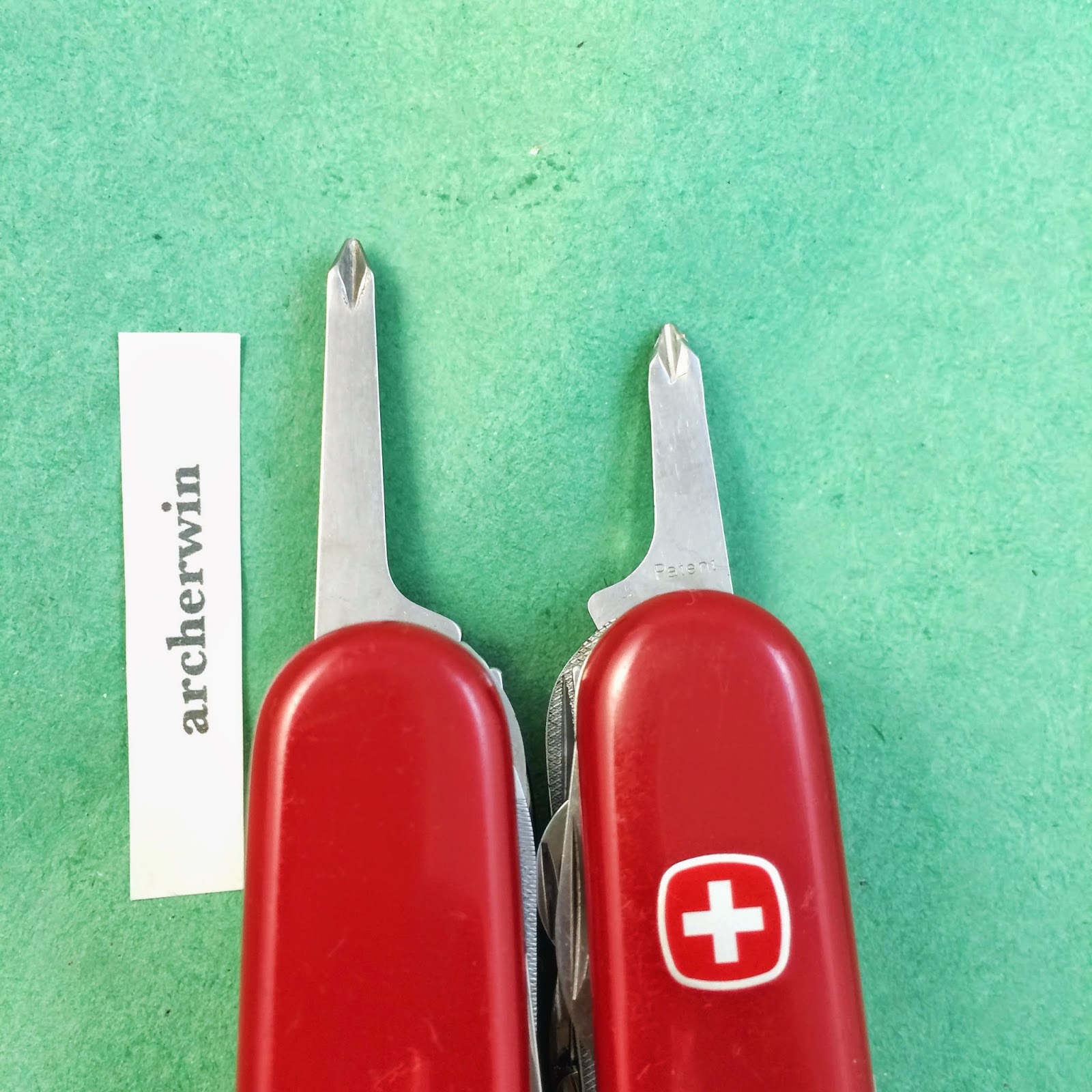 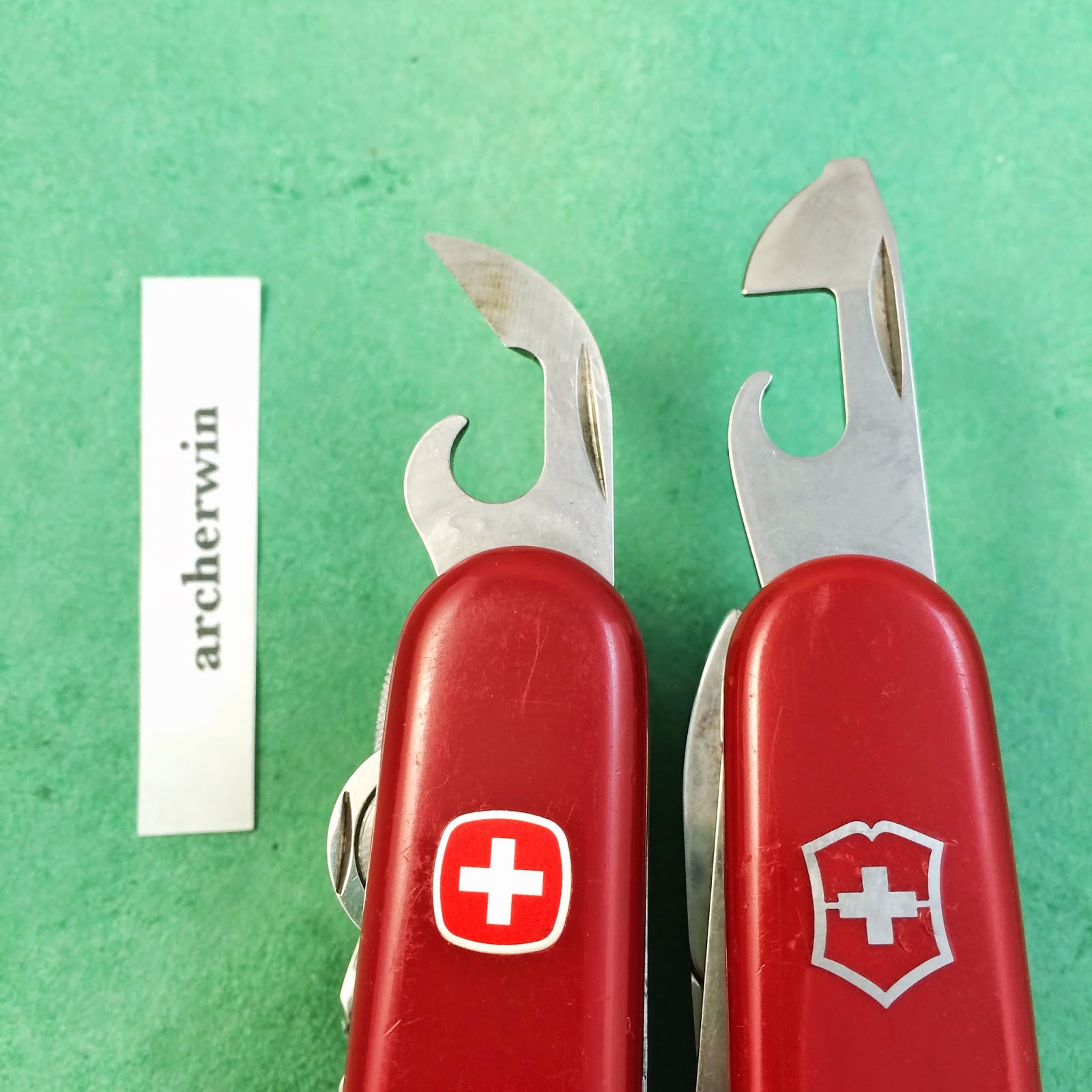 Caplifter: Same design.  The Victorinox has the larger one of the two. 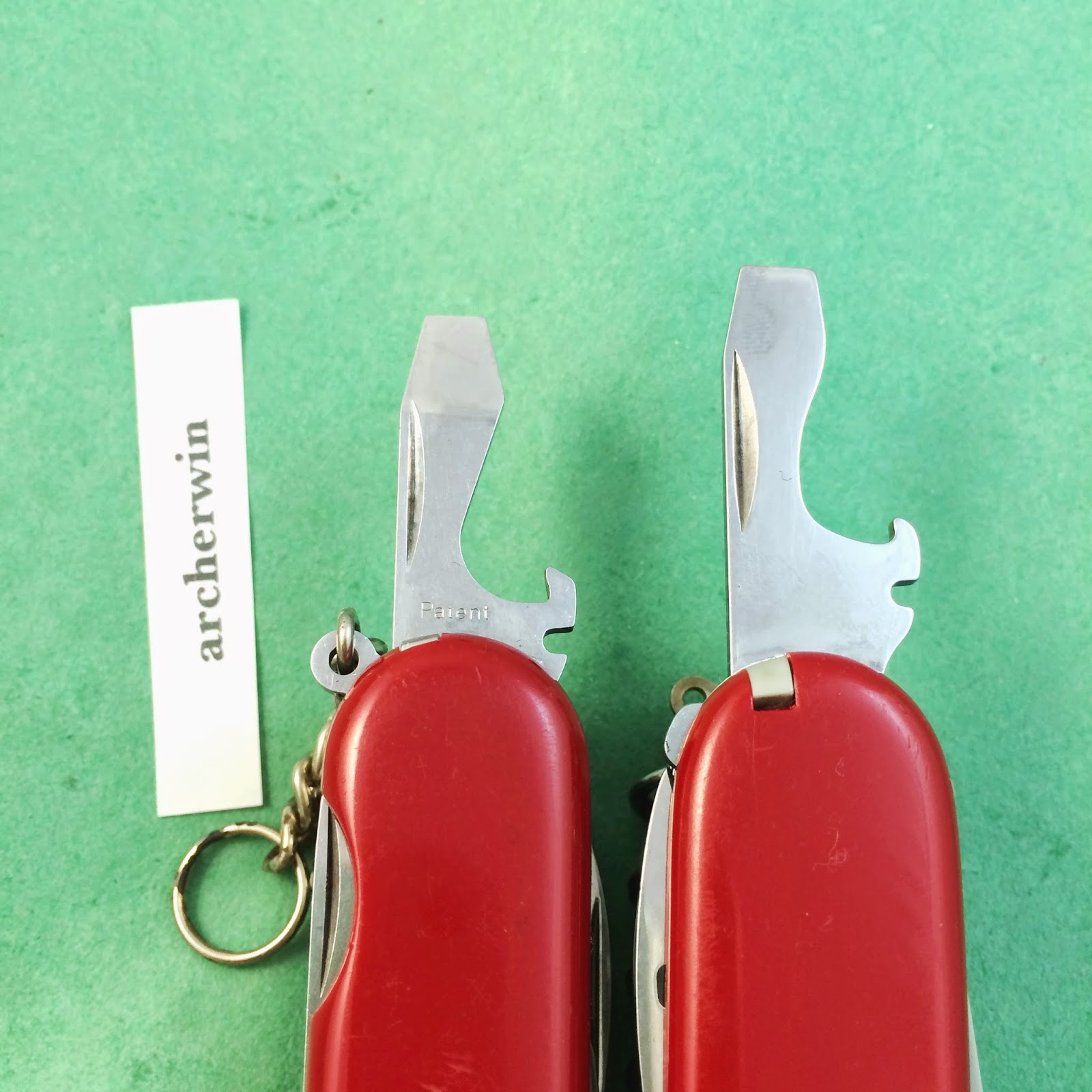 Scissors: Completely different design.  The Wenger has the "serrated" scissors and has a different implementation of the spring compared to the Victorinox.  The Victorinox scissors is bigger as well. 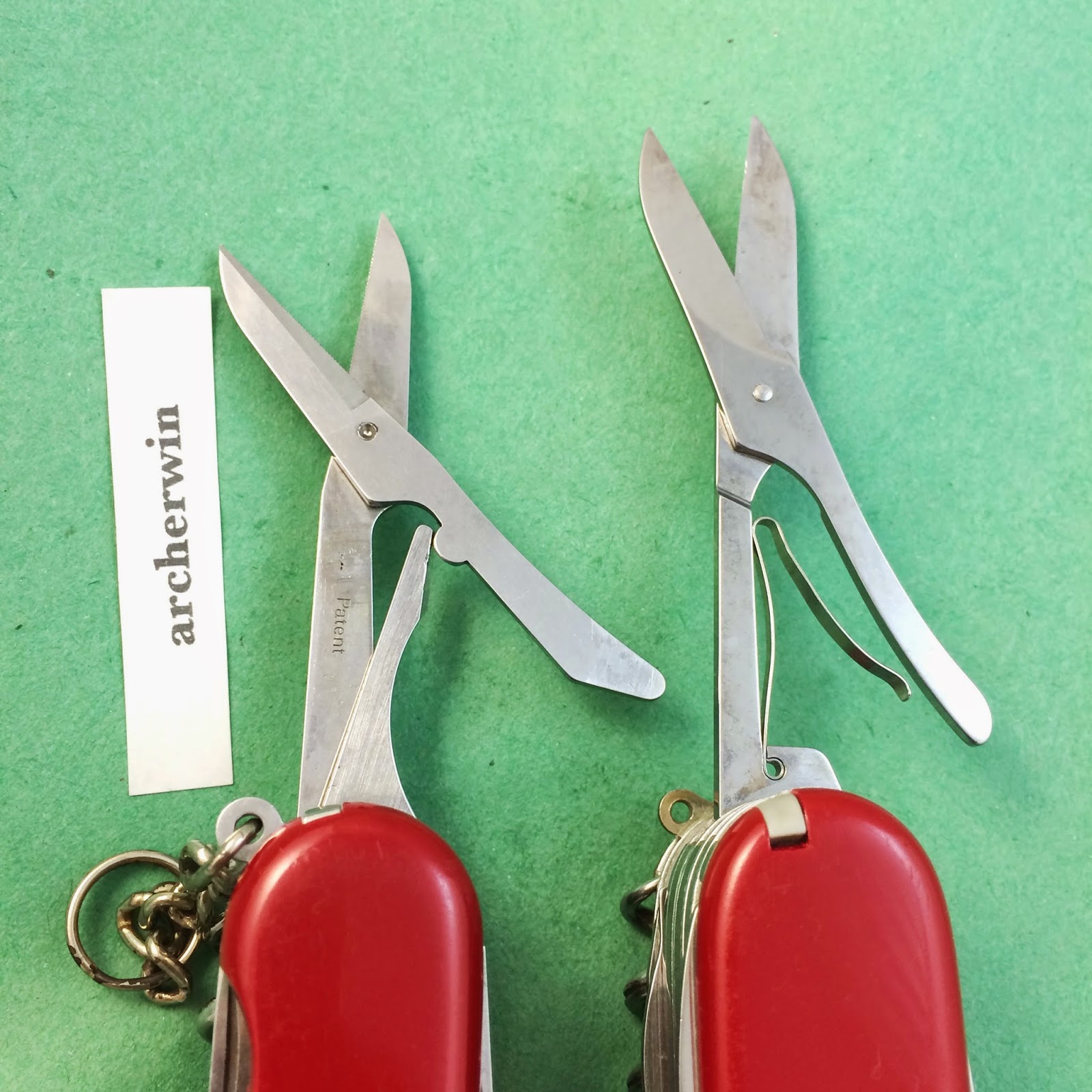 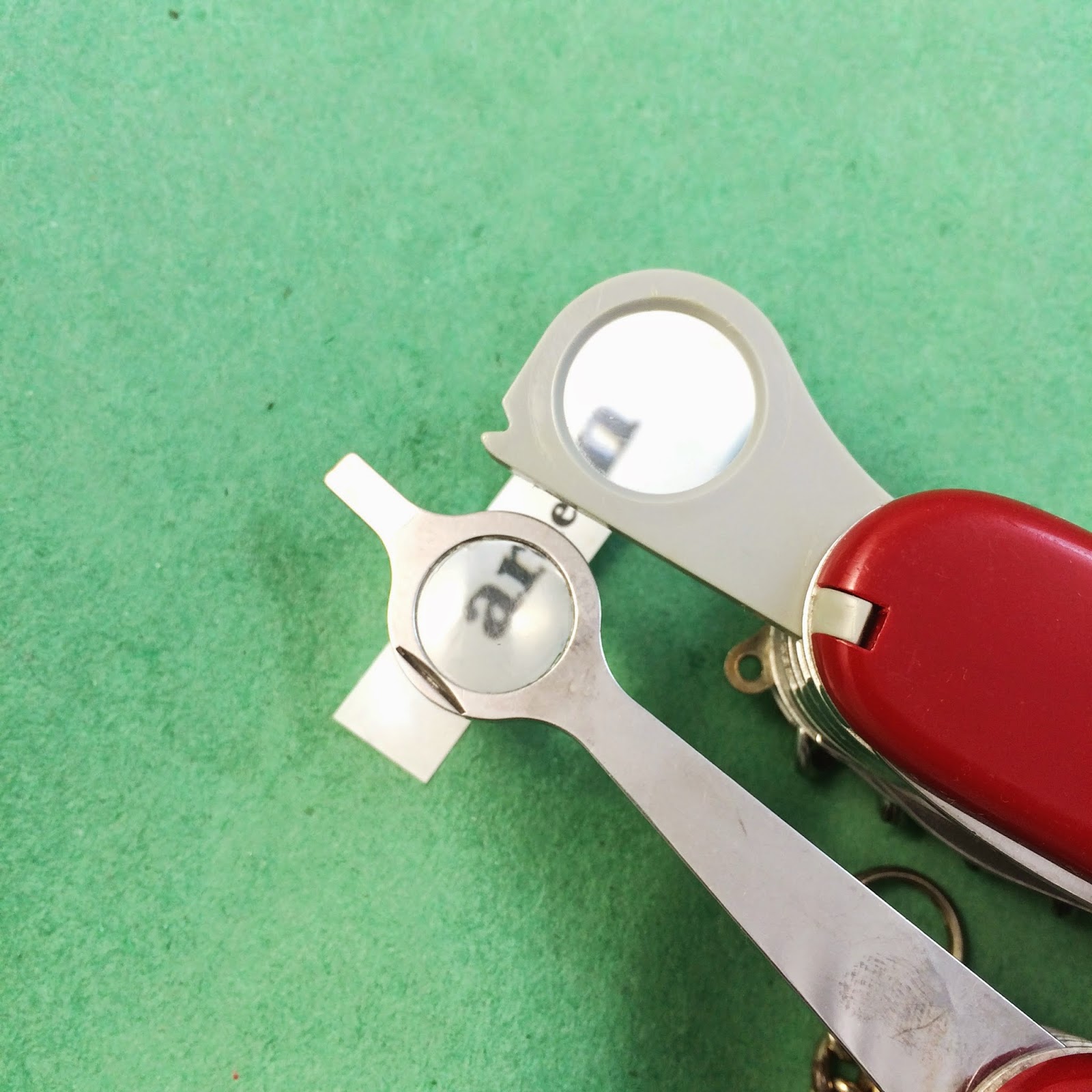 Corkscrew: Same length, the SwissChamp has the old design with groove. 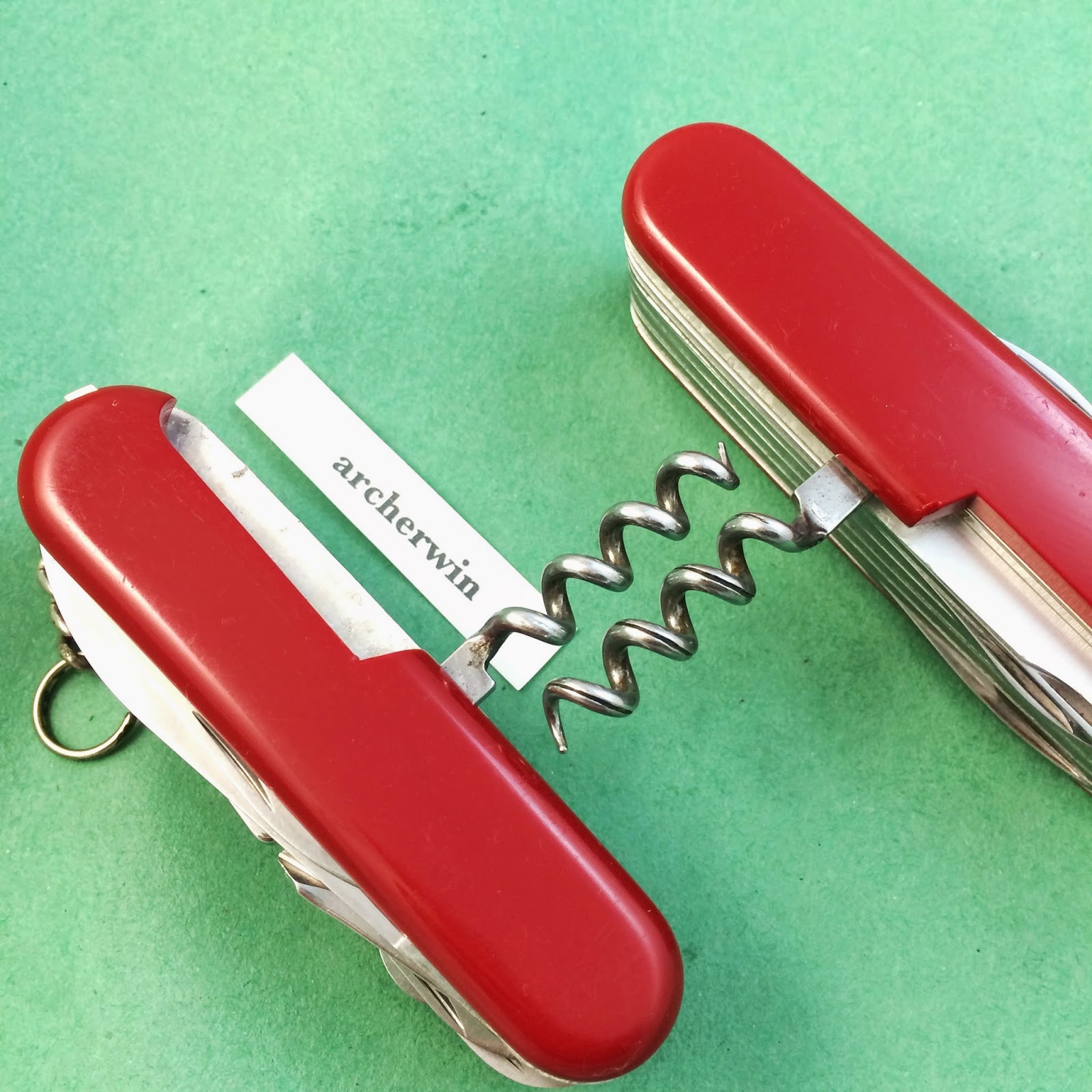 Awl: The Champ has a thinner and a bit longer awl.  It also doesn't have the sewing eye that the SwissChamp has. 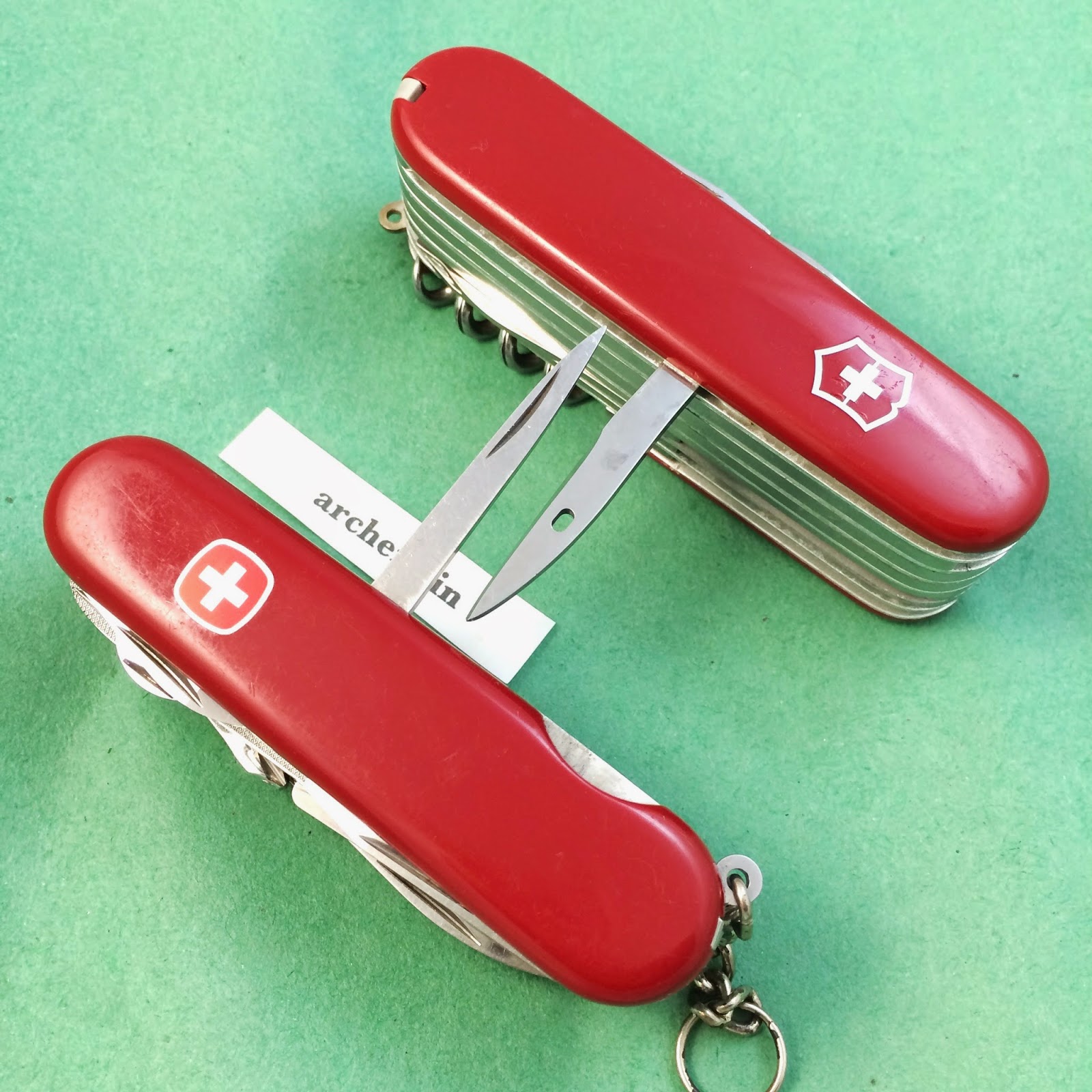 The Wenger Champ has the pointed nail file and universal wrench, which I think is a pretty cool tool.  I hope that Victorinox will adopt this tool in their knives in the future. 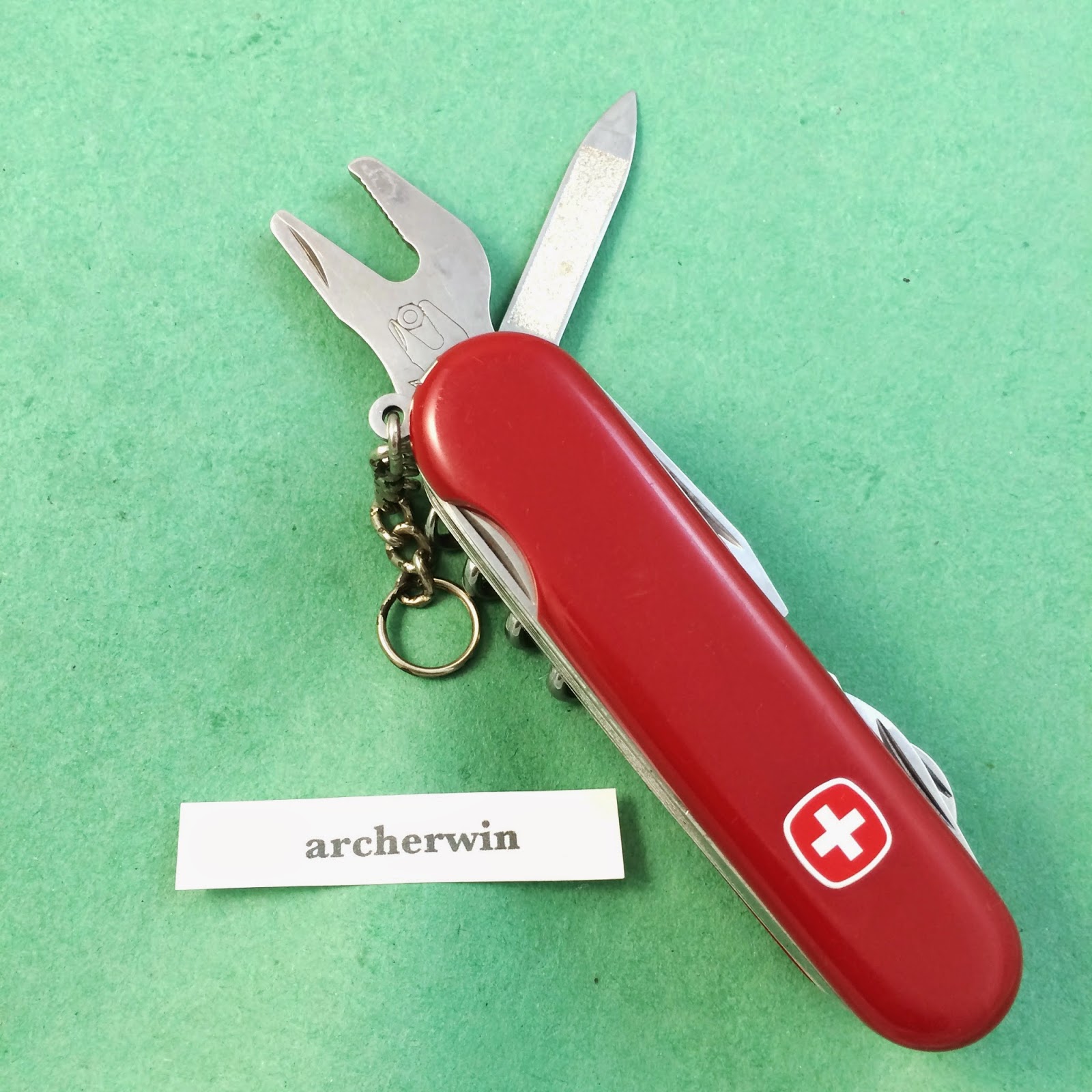 Meanwhile, the SwissChamp has the slim plier (first version) and small spear point blade in the main layer; small flat screwdriver and chisel in the back layer. 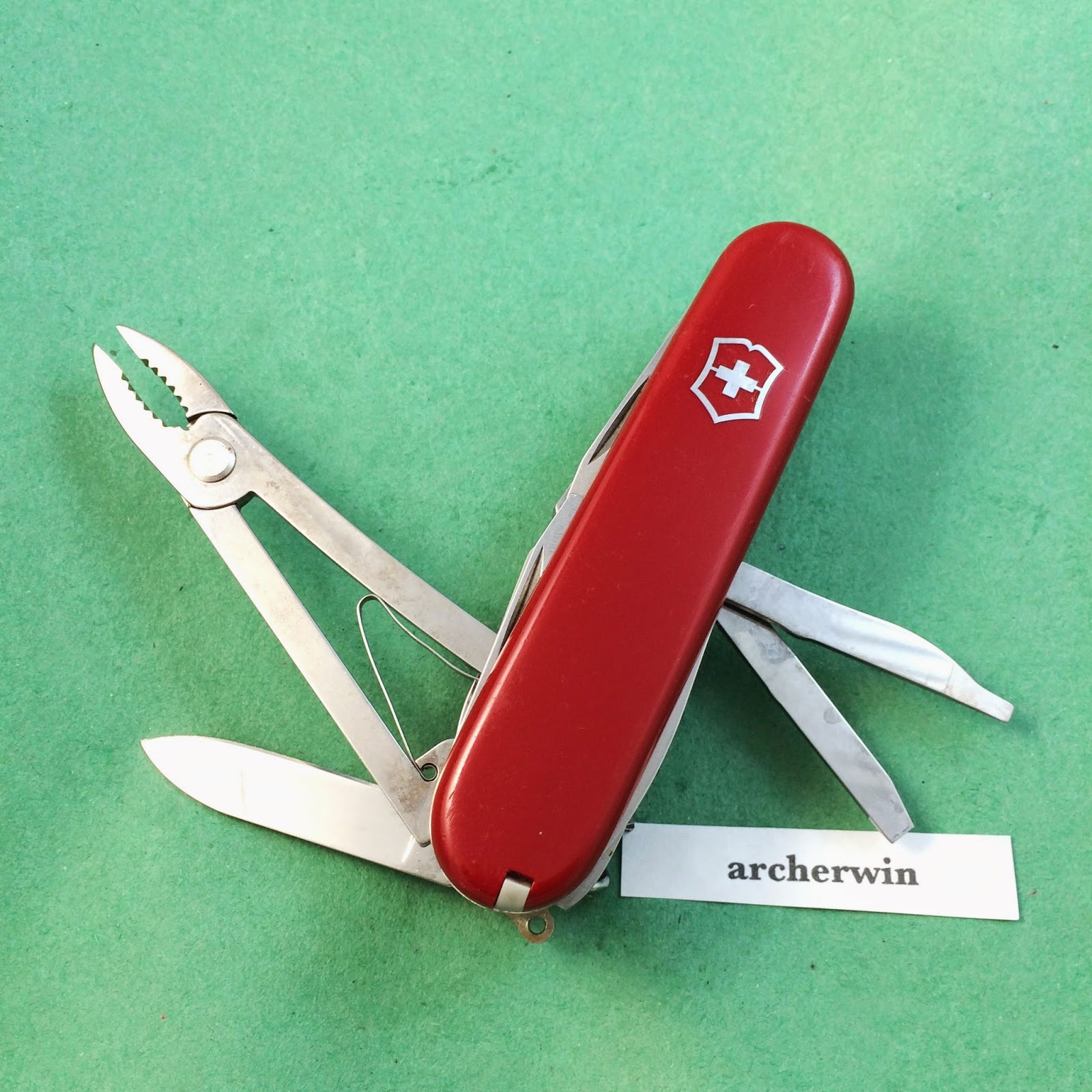 The SwissChamp has the ball point pen in the scales as well.