This is my Wenger EvoGrip 18, it is an 85mm model with 4 layers and ergonomic handles with rubber grip.  The Evo lineup was first introduced in 2005 and two years later, in 2007, Wenger updated it to EvoGrip, essentially it has the same ergonomic shape but with black rubber grips embedded to the red cellidor scales.

The EvoGrip 18 is based on the Handyman model.  The Handyman model has been produced since the 1960s (*disclosure: I only have a 1963 Wenger catalog, this model most probably existed before that but I don't have concrete proof, hopefully I can get some older catalogs to trace it back further. When I get this, I will update my Wenger posts).

In the 1960s, Wenger has not given names to its knives, only Model numbers existed.  For this model, it was Model Number: 776.  Back in 1963, this model cost USD 5.95!  It has the same toolset as Model Number 716 but it has toothpick and tweezers, and it has a philips screw driver in the place of the corkscrew.  The 1963 model still has the bail (or the Lanyard Shackle as what Wenger wants to call it) included as well.

Late in the 1970s, a lot of changes were made to the Wenger SAKs, so in the 1980s catalog these changes were very evident.  The nail file has changed, lanyard shackle was replaced by a key ring and chain, the scissors was changed to the single lever type and the can opener was changed design as well as changed places with the bottle opener.


The 1993 model was roughly the same as the 1980s model except the bottle opener has the "Patent" engraved on it.

In 2005 Wenger introduced the Evo model lineup.  Basically it took the most popular models and changed the scales into ergonomically shaped ones.


Finally in 2007, they again updated the Evo lineup to embed rubber grips and named it EvoGrip (surprise!).  This is essentially, the EvoGrip models still being sold today until supplies last.  The new Delemont Collection just released will finally fold the Wenger saks to the Victorinox brand. 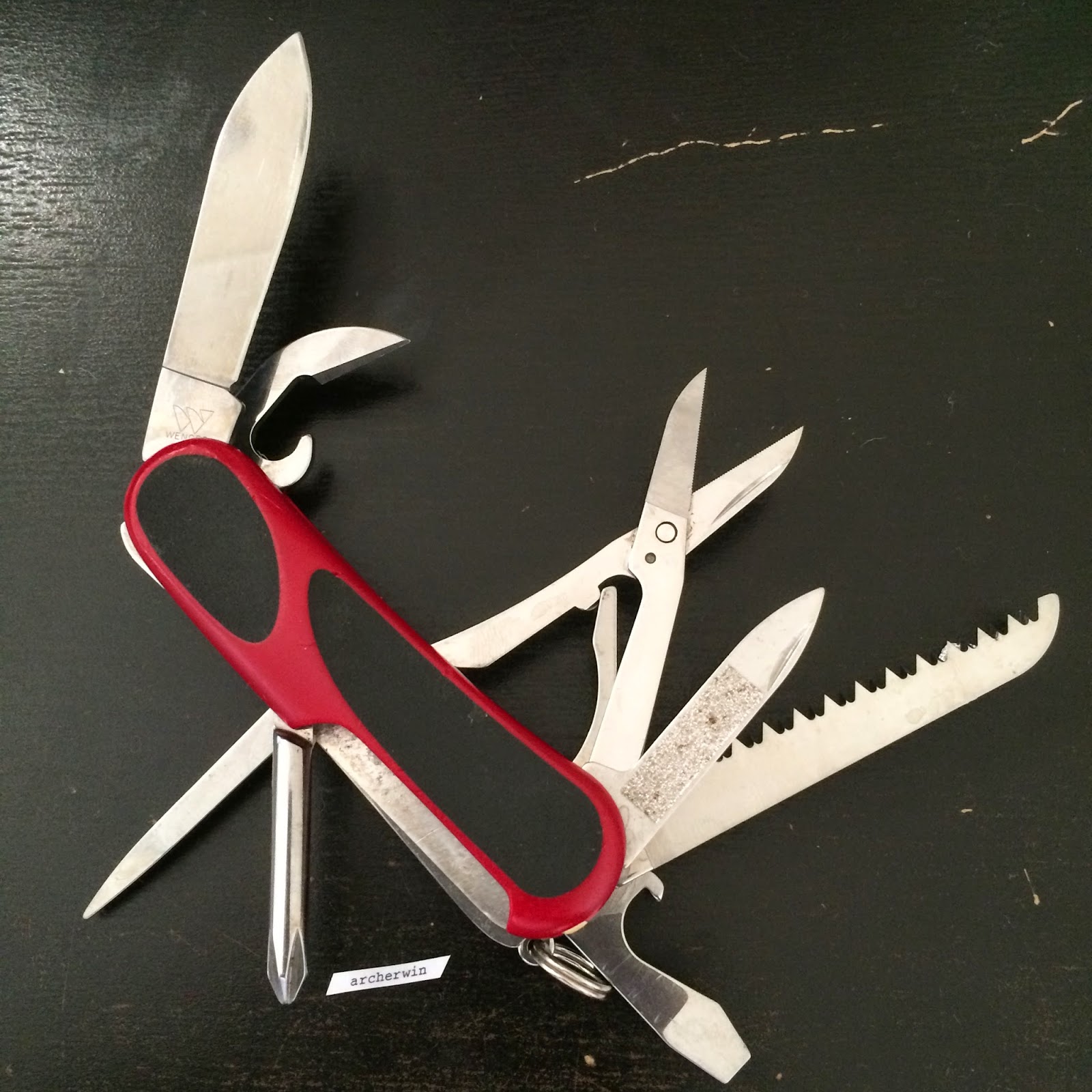 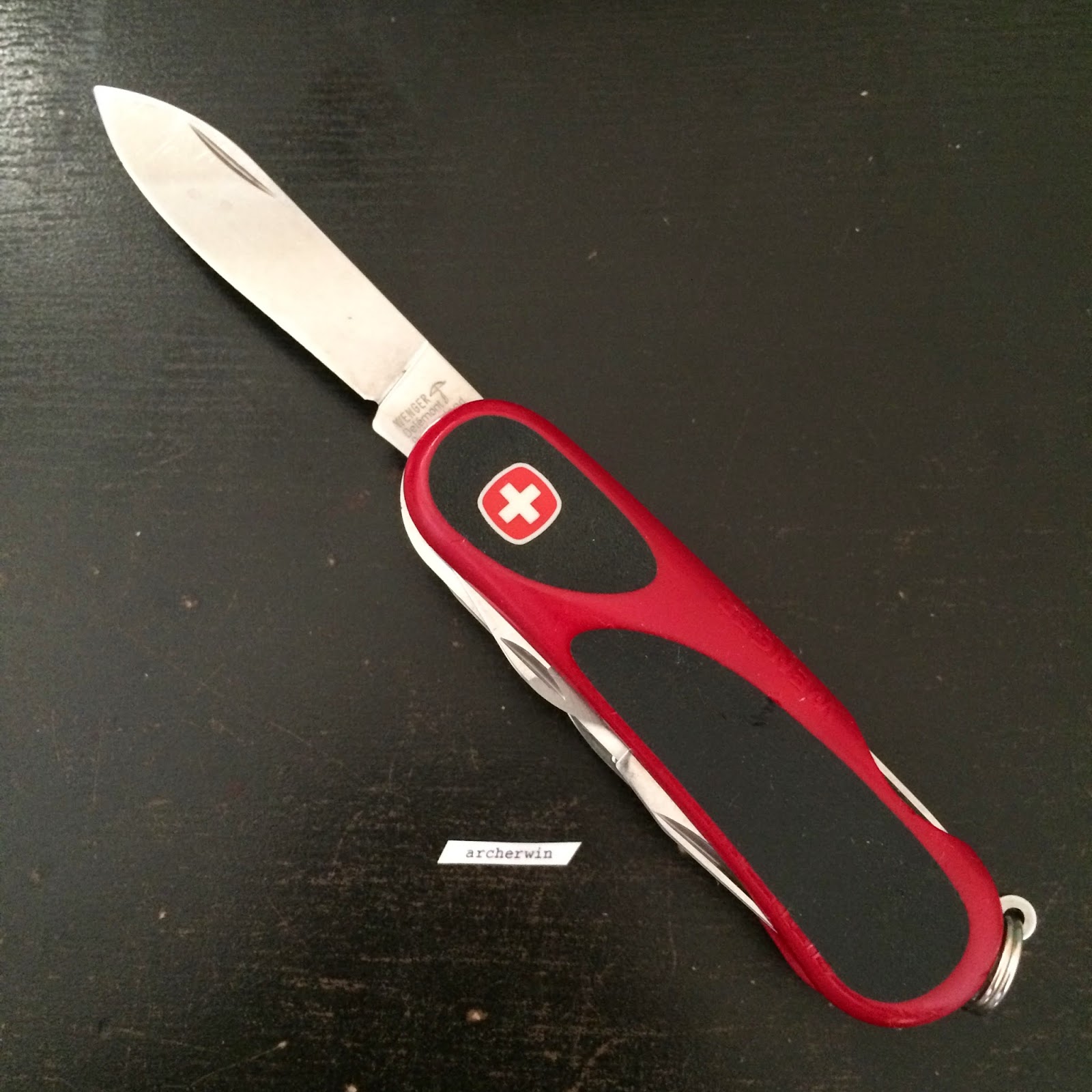 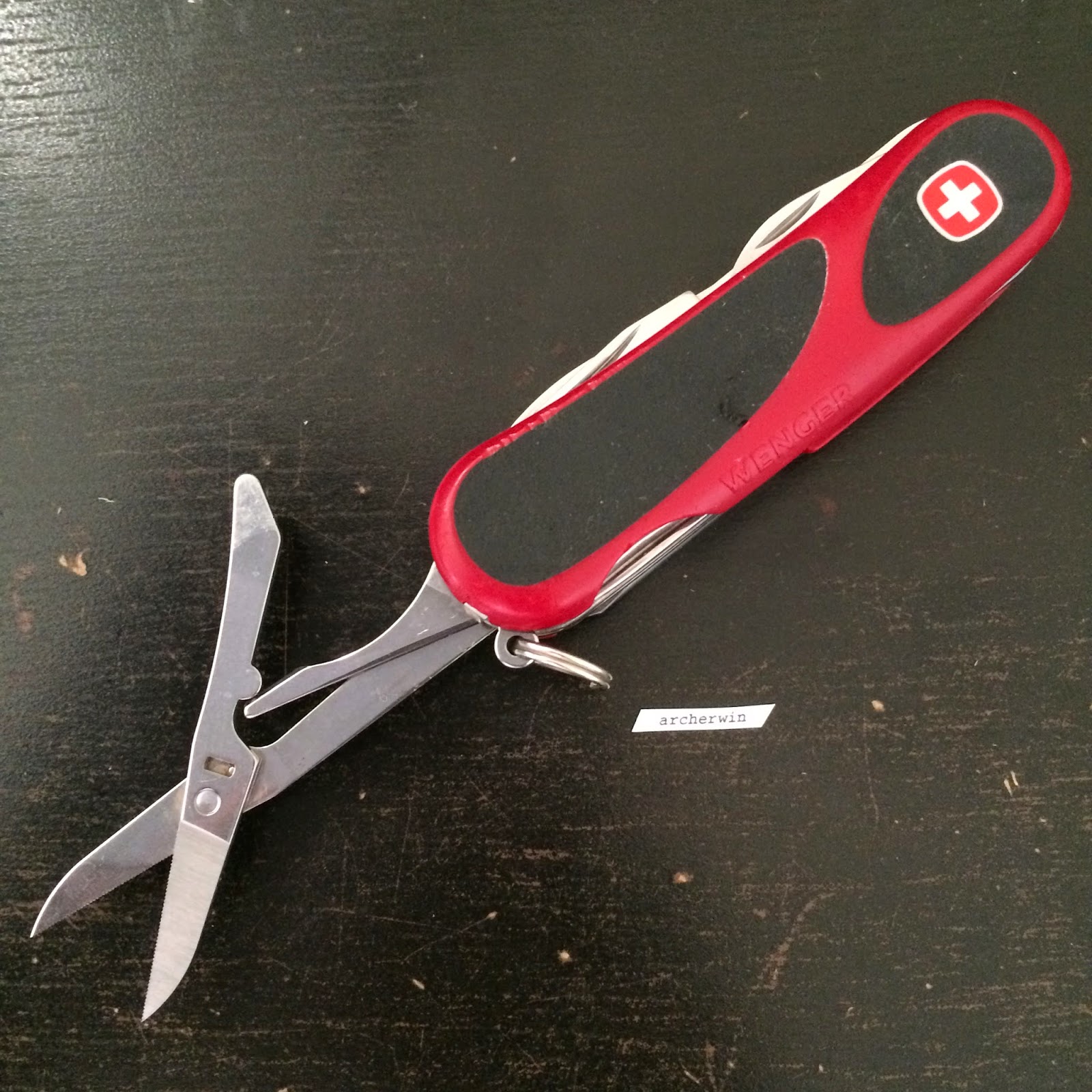 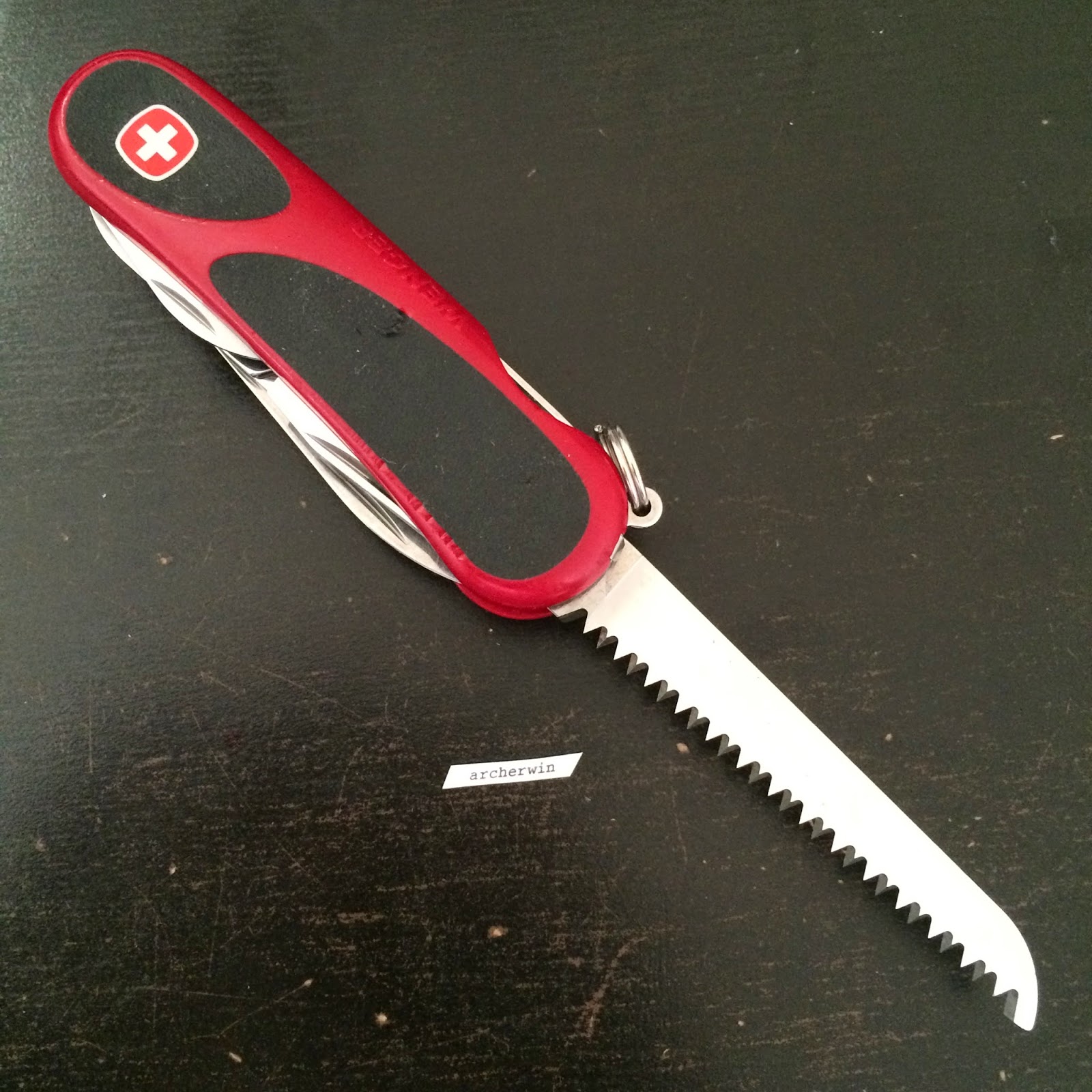 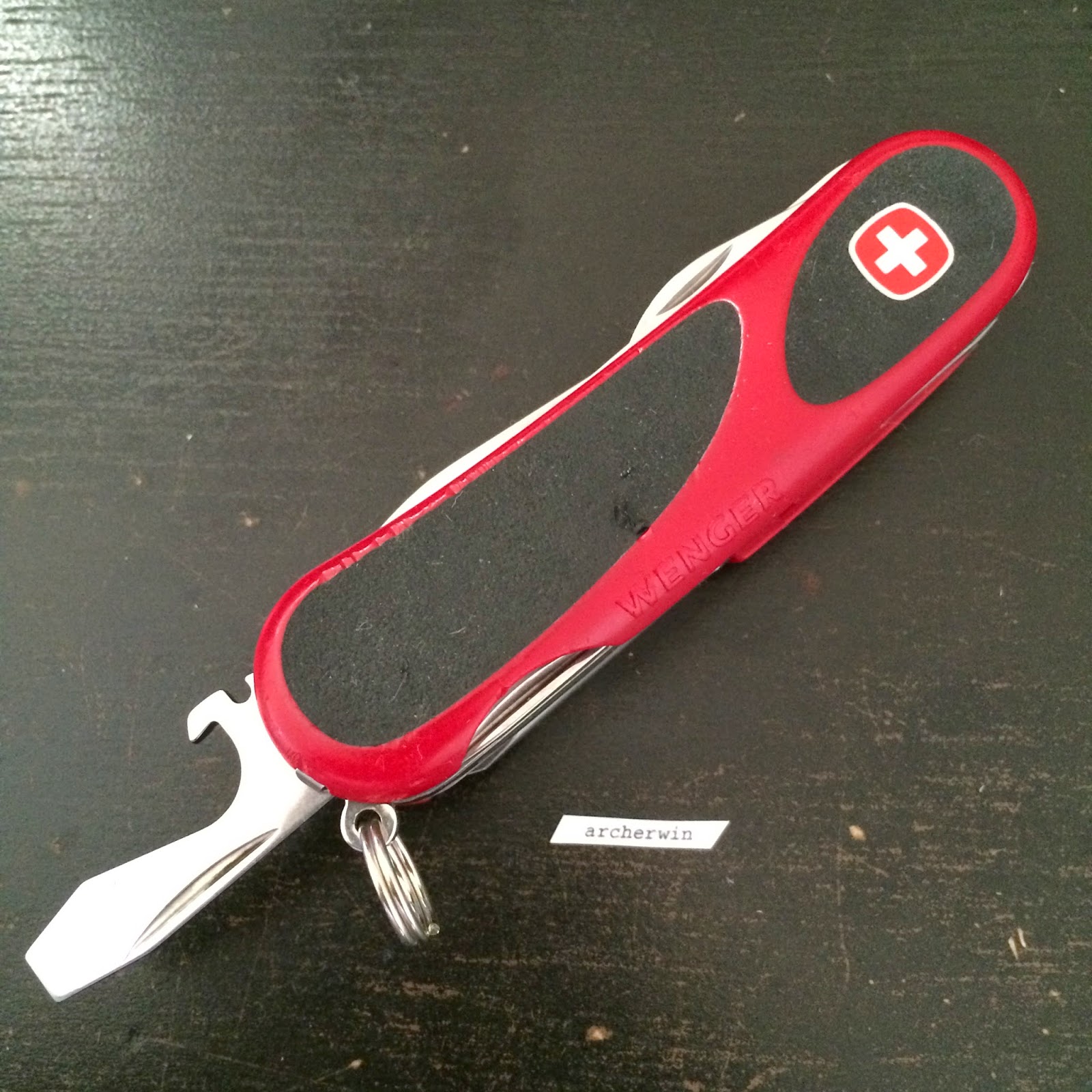 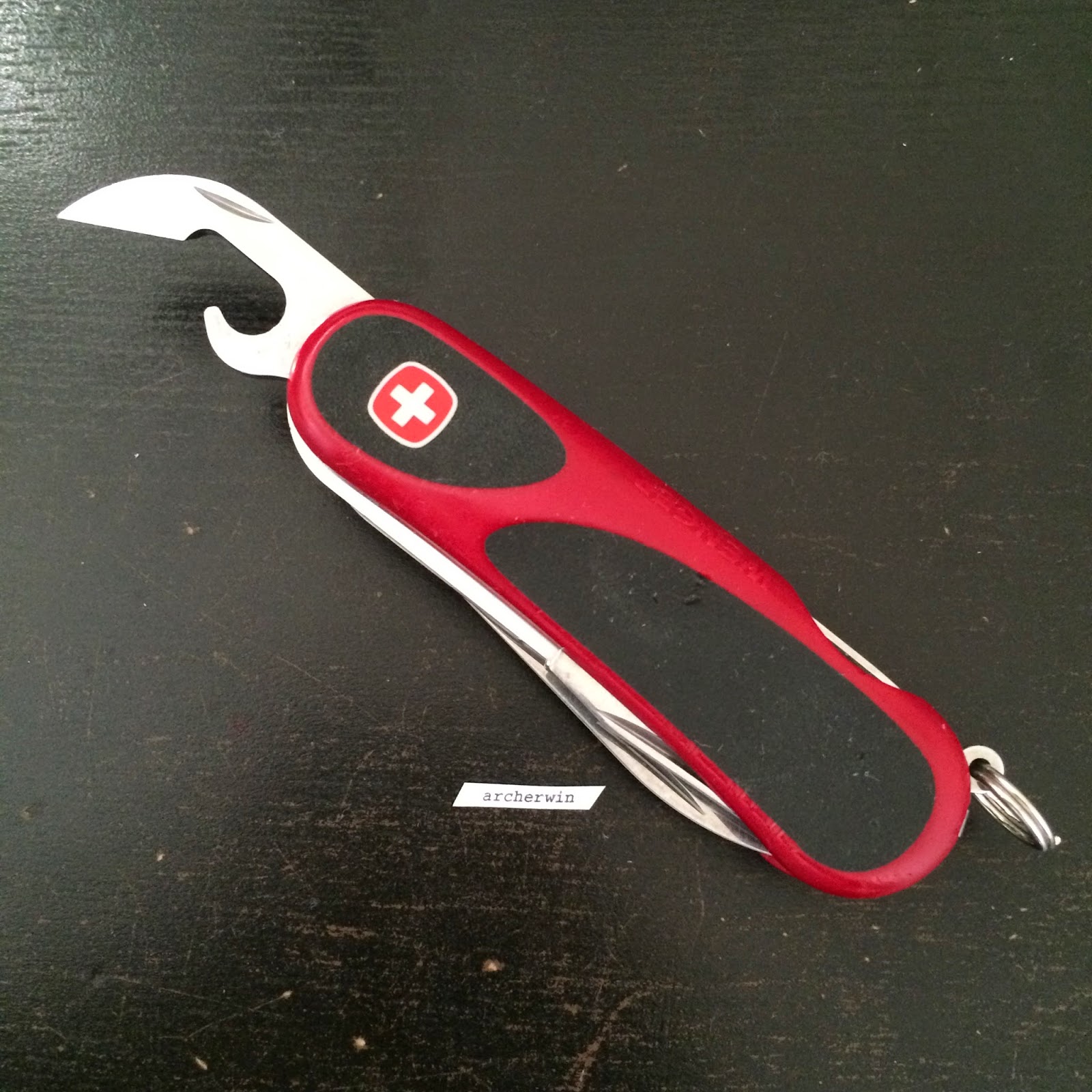 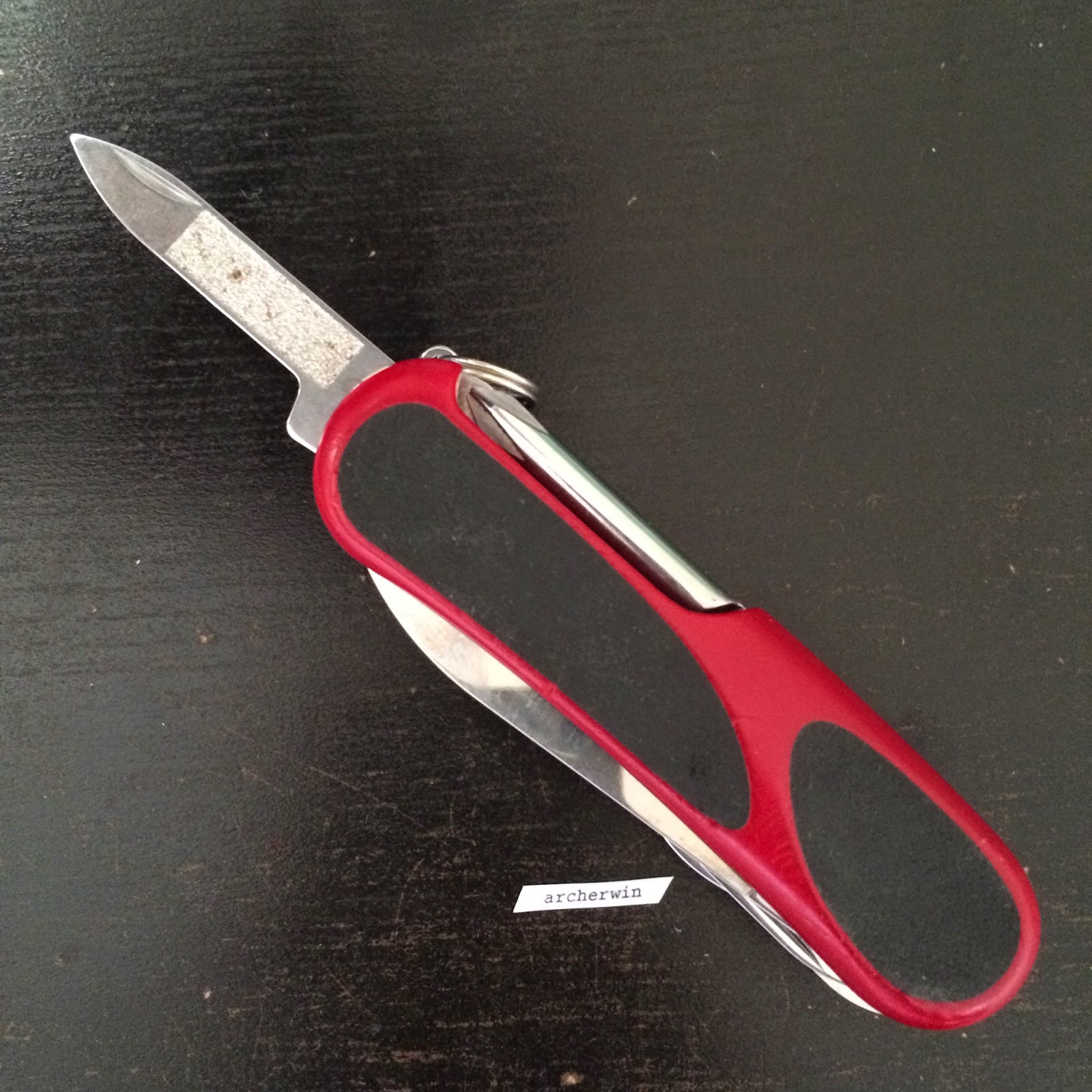 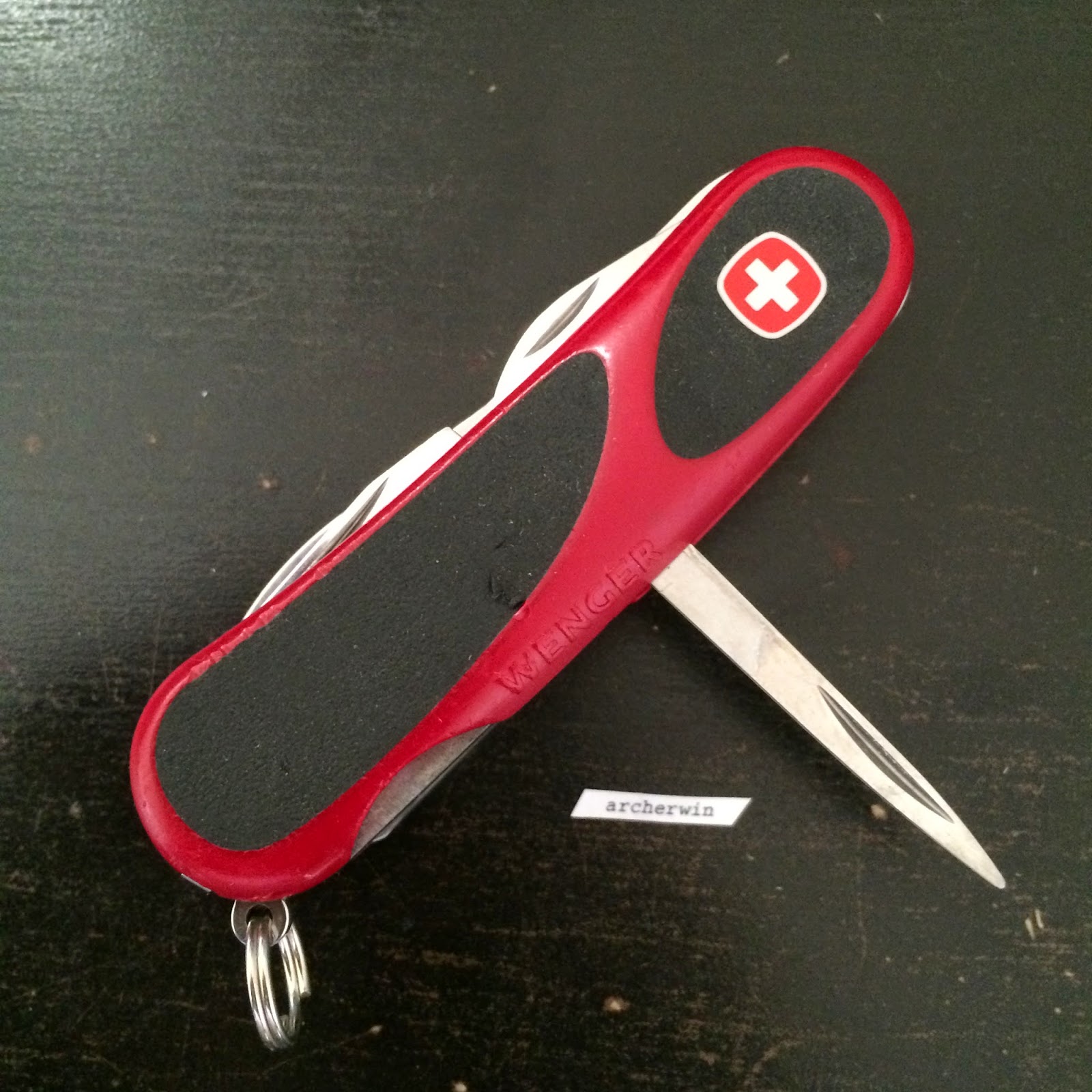 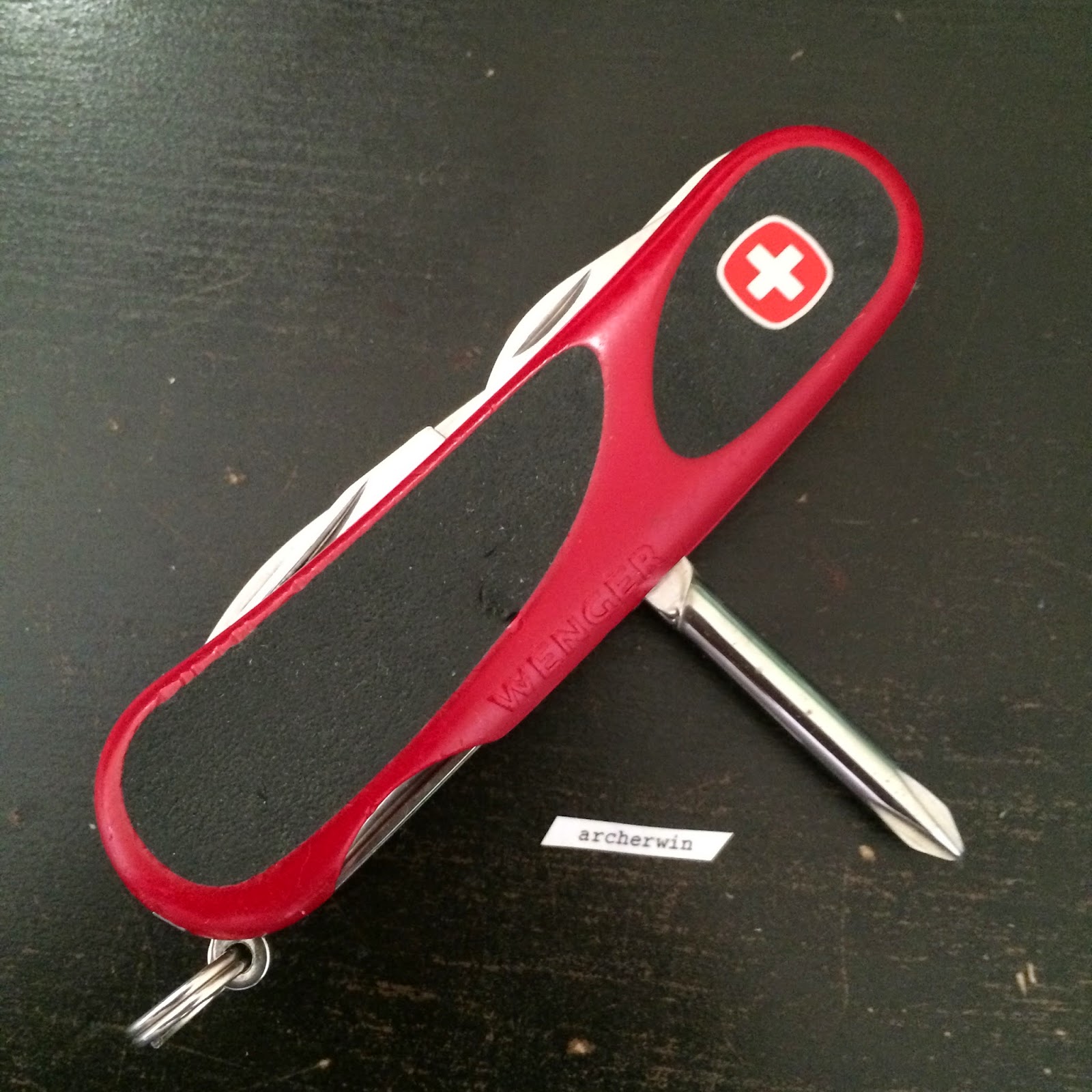