HOW TO: How to spot a Fake Victorinox Swiss Army Knife Rescue Tool

1. One of the biggest red flag is price.  If you're eyeing a brand new swiss knife, do your assignment and research about the prices.  Use the ebay search function and get some pricing data from outside online stores as well.2. What if it's used or second hand? Photos are the surest way to check.  If a seller is selling a used swiss knife and posted a stock/new photo, request for an actual photo before you buy or bid.  If the seller can't provide you with an actual photo --- walk away. 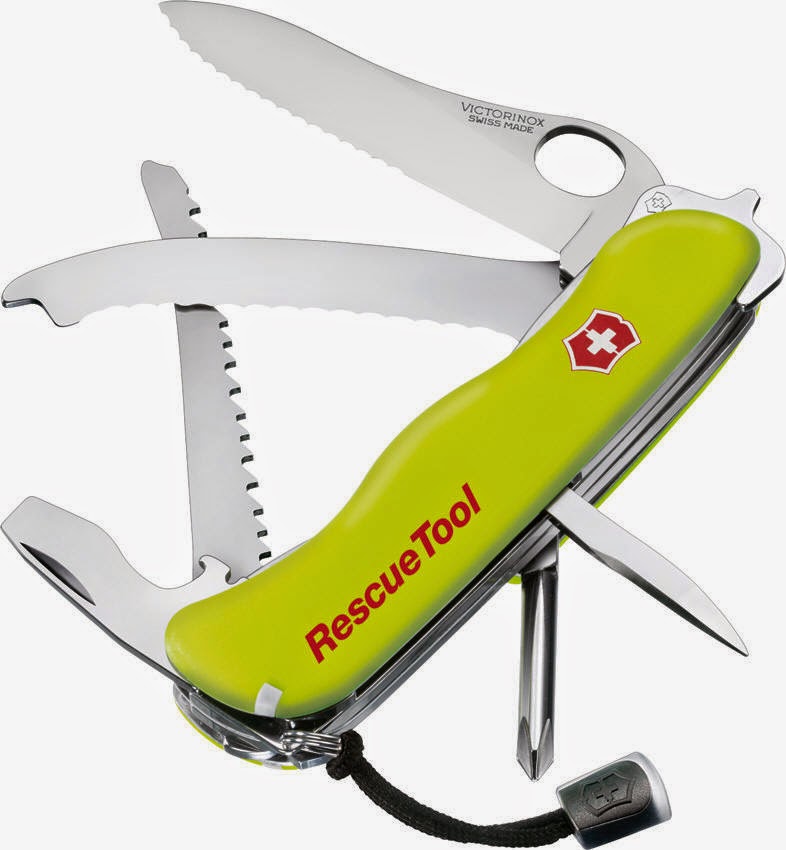 Recent Case
There are several listings floating in ebay Australia about a "Victorinox Swiss Army Knife 111MM escape and rescue tool". Sold listings average around AU$18 (AU$11 to $AU30).
Being a Swiss Knife enthusiasts and being an owner as well of a Rescue Tool I was interested to see what the sellers from China are offering.  After a few weeks (typically 2-3 weeks) waiting time, I finally received mine in a Victorinox box and packaged well.  I was happy until I saw what's inside the box.

Sheath
The quality of authentic nylon sheath on the right is way better compared to the one purchased from China on the left.  The china sheath is thin, small and flimsy.  The authentic one even has a leather lining inside the sheath. 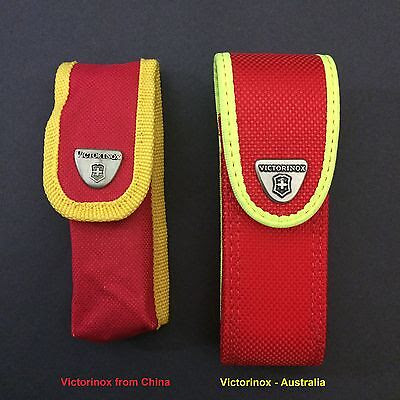 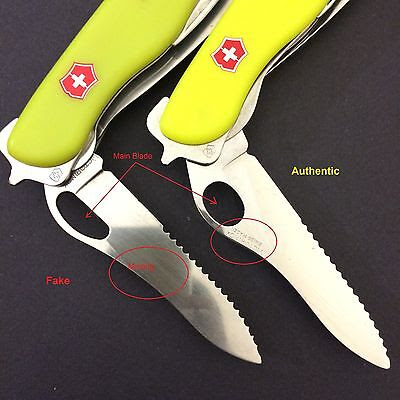 Seatbelt Knife
The seatbelt knife/blade on the authentic rescue tool is thicker than the fake one.  Also the curve is a bit different as well.

Saw
The saw on the authentic rescue tool has a patterned design (see photo on the left with the red arrows) that is absent on the fake tool. 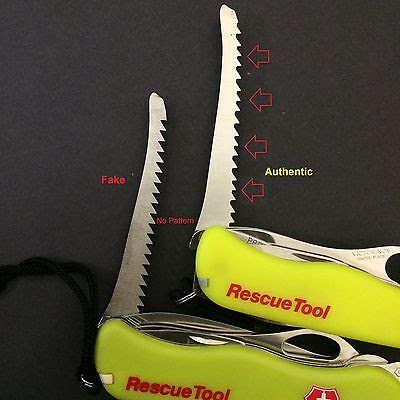 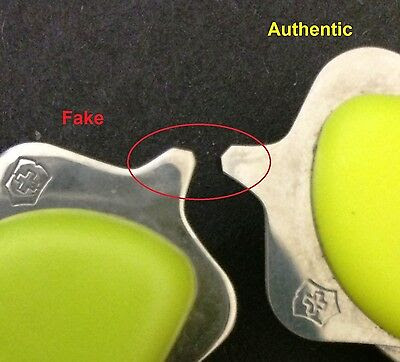 Scales
The authentic scales are more neon yellowish than the fake one which is a bit yellow-green.  I have not tested if the fake one glows if it is dark though. 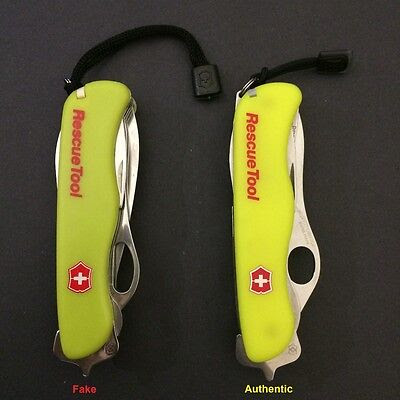 Other comparisons
I did not see any significant difference in the screw driver and bottle opener. I'll let you decide 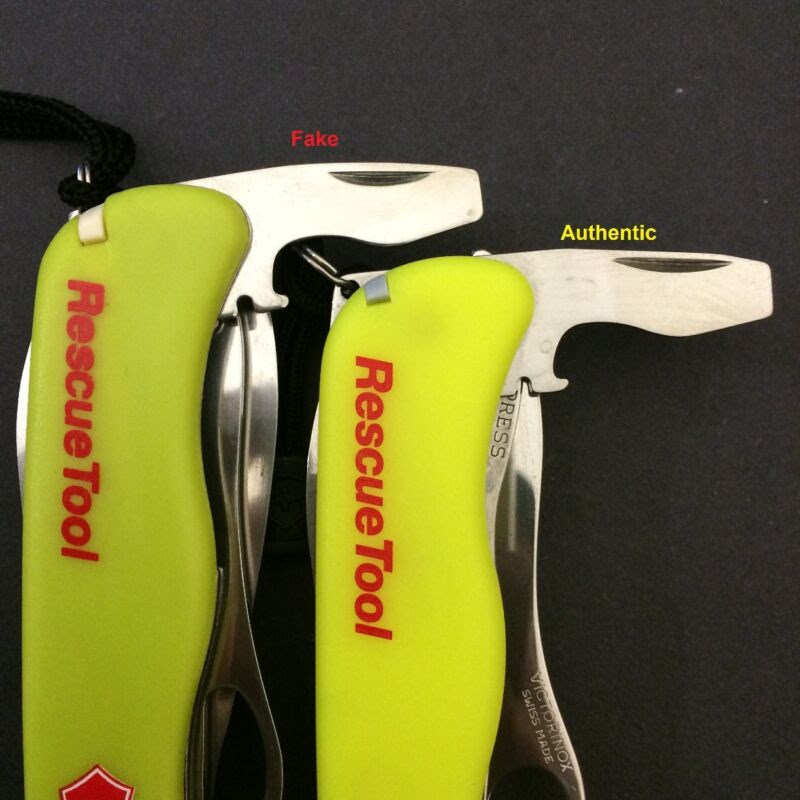 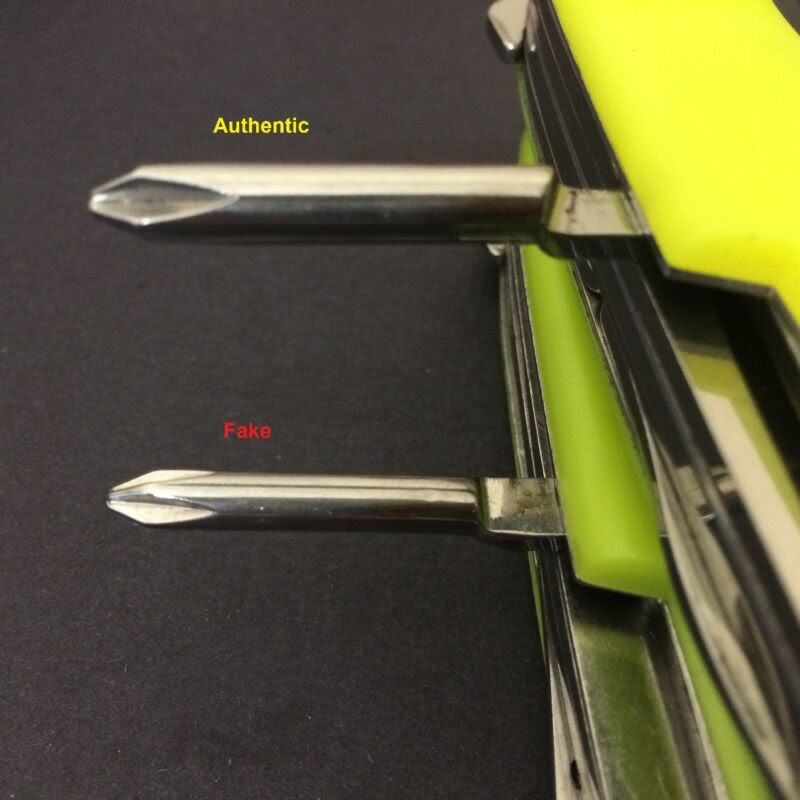 Verdict
The price difference between the authentic one (AU$99 cheapest) and the fake one (AU$11) is pretty significant.  I have not tested if the physical differences will have an effect on real life performance when you're using the tool in a life and death rescue situation.What did I do?  When I verified that what I received is fake, I filed a complaint in Paypal and messaged the seller.  His response was his employee made a mistake in sending a "bad" one.  To be fair, he refunded me the full amount of purchase as it is illegal to sell fake/counterfeit items using Paypal as payment option.

Posted by Erwin Macalalad at 3:00 PM